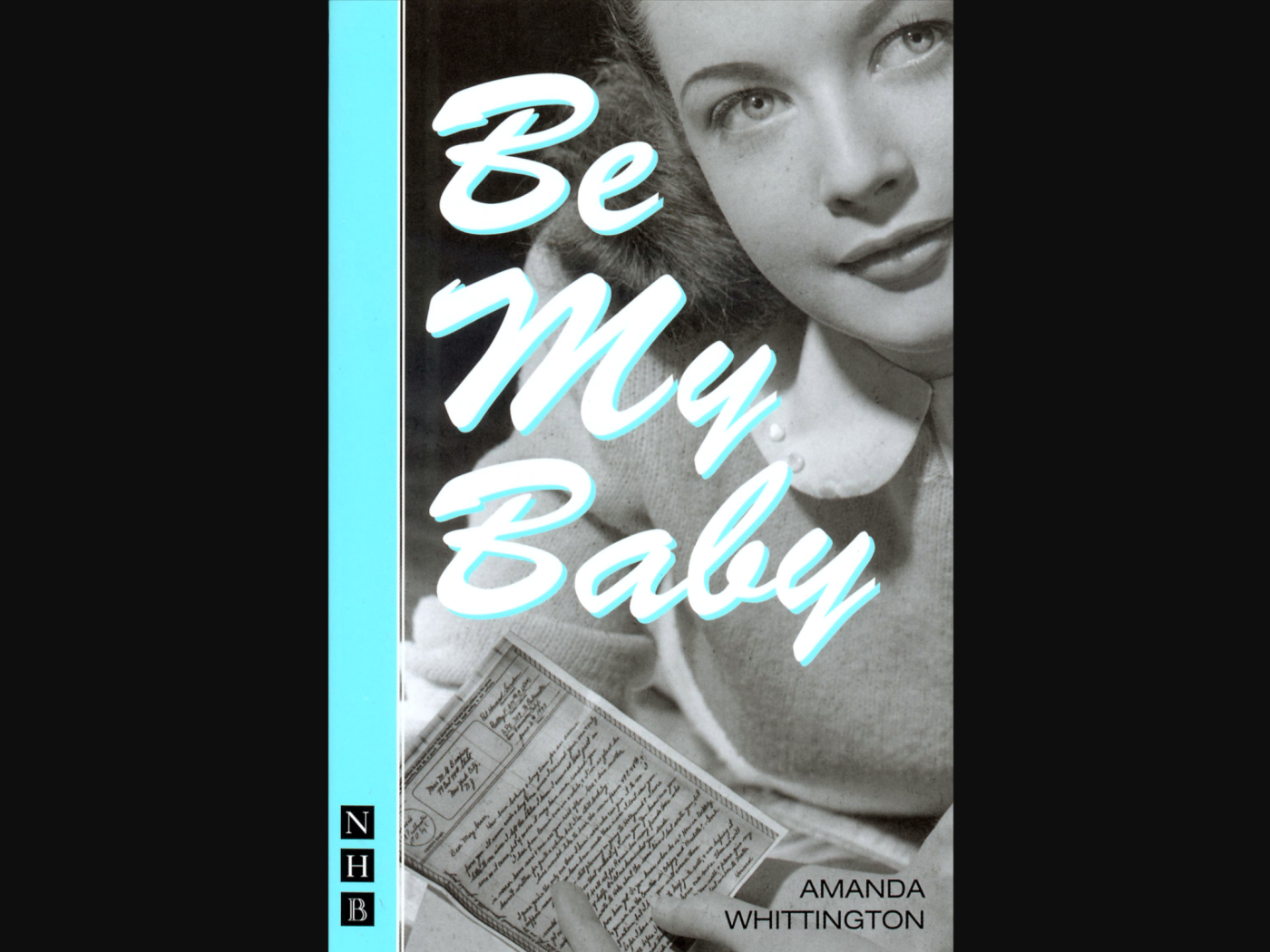 ‘Be My Baby’ tells the story of four young girls who find themselves ‘in trouble’ in a time when babies out of wedlock were more destructive to a young life than any addiction, and more catastrophic for a reputation than a documented bank heist. The play is set in a mother and baby convent in the 1960’s, where the girls work to earn their keep and have no choice but to have their children swiftly taken away and adopted by parents who could provide everything they could not; excepting love, of course. Focusing on four very different girls, with a great script, some very witty lines and classic 60’s tunes, Amanda Whittington did a great job with ‘Be My Baby’. With this production by Anton Benson productions Ltd, there was an awful lot to like- though it was not without flaws. 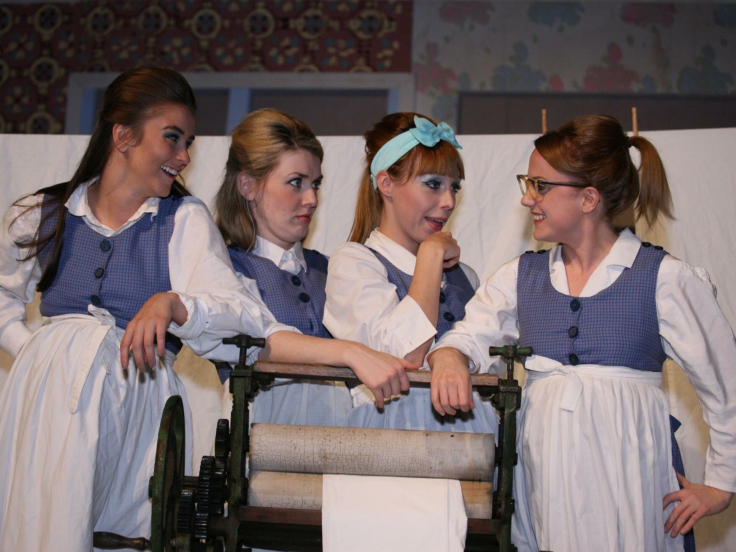 One thing which cannot be denied is the strength of the lesser known young cast. Josie Cerise, playing Norma, was fantastic as the super-sweet young girl led into mischief, before spiralling into a mental breakdown as she comes to realise the consequences of her actions. Her sobering confessions to the matron as ‘her time’ arrived were really quite heartbreaking and very impressive- she definitely had my heartstrings gripped in the palm of her hand for that scene. Jess Cummings, as Mary Adams, made a great counter-part to Queenie, played by Brooke Vincent; starting out every bit the shy, daddy’s girl princess, she transformed very believably into a much more independent and gritty character. Cummings, like Josie Cerise, managed to excel in the difficult task of simulating labour, avoiding the very real danger of chuckles from a disbelieving or awkward audience- except of course for the moments of intended comedy. Susan Twist was an excellent tormented middle class mother, in denial about the true extent of her daughter’s knowledge and actions- and absolutely determined to protect her daughter (and herself) from the unforgiving judgement of those with whom they mingle. More concerned about hospital corners than a farewell hug, she made her significantly limited time on stage meaningful and lasting.

The real star of this show, for me, was Eva McKenna, playing Dolores. The character is the bull’s eye for much of the humour in this production; from her painfully adorable naivety to the incorrigible kid-sister quality, to her infinite good nature and enthusiasm, despite her circumstances. McKenna’s ability to sustain a character like that throughout, was a real strength of the production and she’s quite a gift to this company. What was more impressive was her ability to maintain those characteristics while diluting them for her dark revelation. Her reaction when she realises that she’s let slip about the ‘lad from packing’ is hilarious- a clever trick by Whittington perfectly brought to life by McKenna; the audience is busy chuckling away when they start to realise that the story isn’t going the way that they had anticipated, making it all the more affecting. I was very moved by McKenna’s performance precisely because she managed to balance the two traits so skilfully; seeing a bubbly, seemingly carefree spirit struggle her way through her back-story while fighting to maintain that characteristically upbeat delivery, was one of the best played moments of the show. 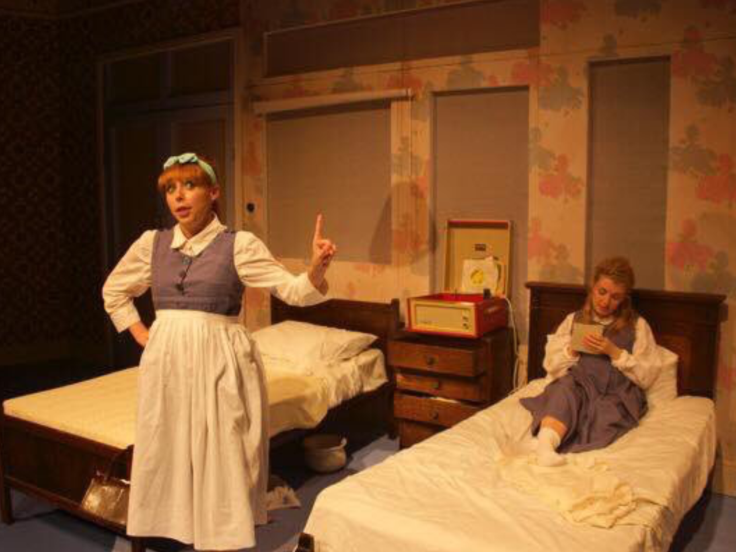 Brooke Vincent was a very capable Queenie but lacked variety across the first act, portraying a Queenie as almost constantly in a horrendous mood. The problem with this was that Queenie delivers a lot of the winning, sarcastic lines in the first act which were somewhat flattened by the angry delivery. The second act was without a doubt much better, with Vincent genuinely making me laugh as she softened up a little and showed a more rounded Queenie- and she was wonderful in the birth scene.

Ruth Madoc, as Matron, was suitably authoritative and authentic as a matron, but I struggled to believe in the snippets of back-story that we were offered- perhaps they were just too fleeting. Unfortunately, the lack of depth and investment in Matron’s out-of-uniform self made the Grecian, melodramatic ending seem rather bizarre. I don’t disagree with the ending entirely, it just seemed out of place; perhaps a little more insight into the character beforehand might have made the scene more fitting or, as was obviously intended, poignant. 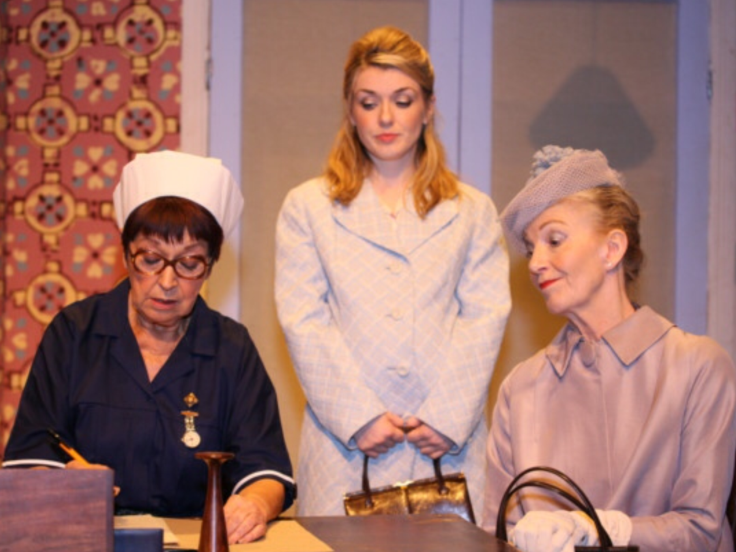 The play itself is a favourite of mine and while I think this production as a whole was done well, there were technical  gripes. The set , for instance, was primarily up-stage, meaning that a very large percentage of the show was performed in a way which leaves us feeling too removed, with the actors too far away. While I appreciate the clever practicality of having a set which can easily be re-built at each venue, it didn’t cater for the possibility of that set being lost on a larger stage, leaving the down-stage area quite barren for most of the performance. Then there was the door… Watching actors repeatedly struggle with the defiant door, which apparently had no intention of being shut and staying shut, was very much like watching scenes from ‘Acorn Antiques’ at times. Although I really did like the aesthetic choices in terms of design with the set and staging, I just felt that there was more style than substance and functionality in the design. Costumes (Chloe Ramsey) however were brilliant. The pinafores were reminiscent of both school dresses and modest maternity dresses; acting as semi-comical, semi-tragic visual reminders of the youth of the characters before us. 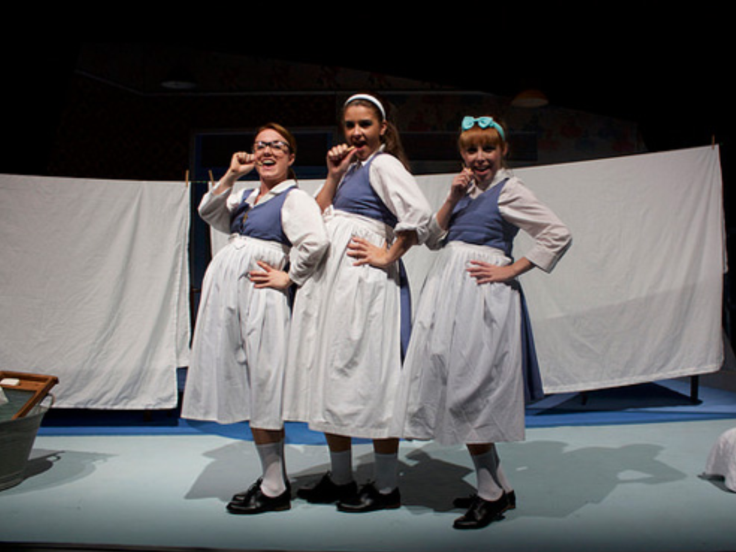 Overall, I enjoyed ‘Be My Baby’; there were kinks which perhaps could have been caught and dealt with earlier, but actually, despite the flaws, the talented cast delivered a truly great play with plenty of heart, humour and authenticity and for that reason, I would recommend the show. Perhaps that’s really the core strength of this production- the cast were able to invite investment and really, isn’t that the core goal for a play which seeks to humanise the statistical victims of socio-historical taboos- and the consequences?

One thought on “Review: Be My Baby (Tour)”