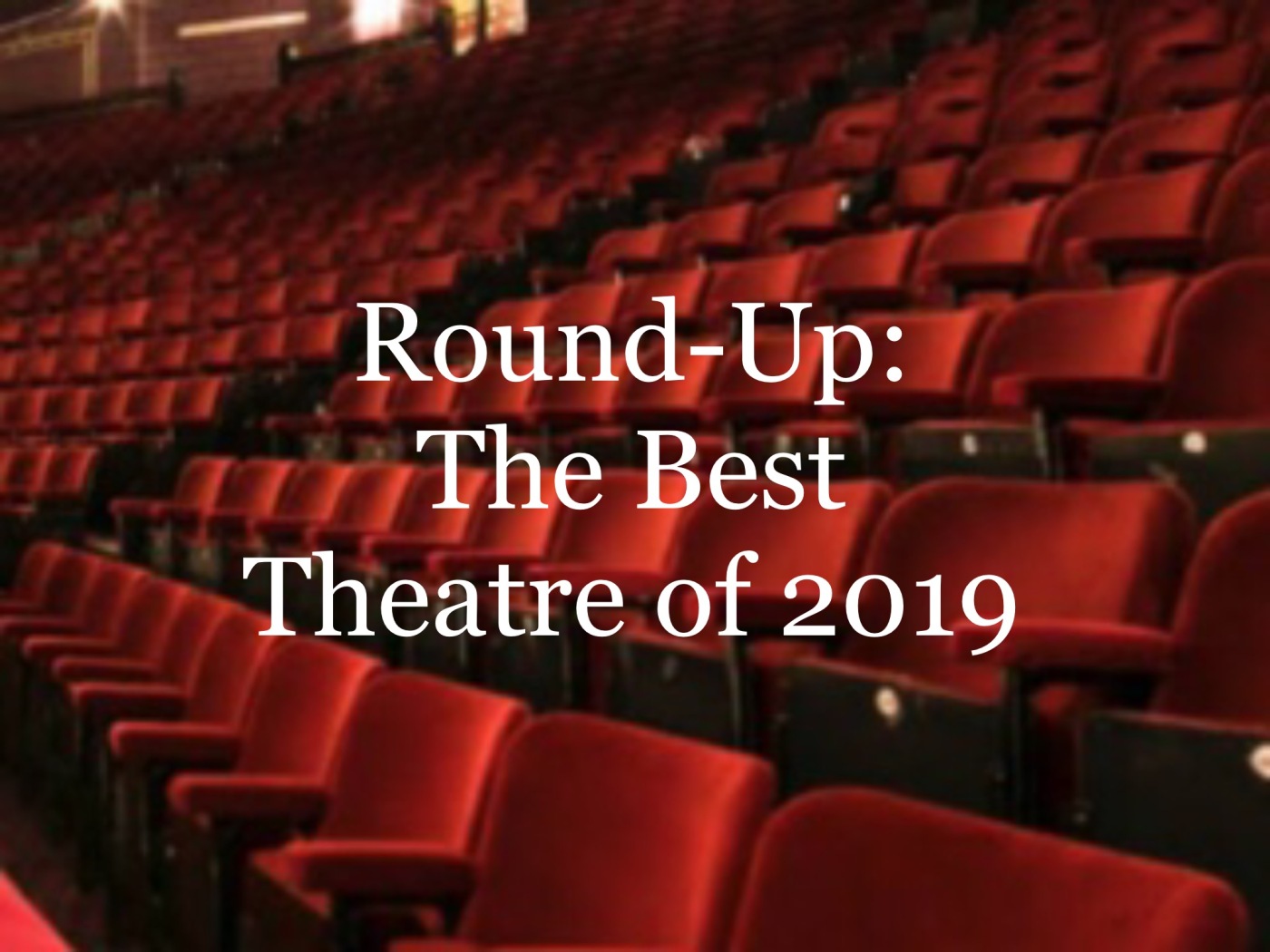 2019 has been a fabulous year for theatre and it’s given me a grand total of 154 performances to enjoy – 147 of which have been reviewed here on the site. So what’s been seen in 2019 and what are my top picks I hear you ask? You can find both answers below!

January took me to see Between Us, Vampires Rock, The Cane, Kes, Abigail’s Party. February brought along Random, The Animals and Children Took to the Streets, Saturday Night Fever, Grease, Fallen Fruit, In Other Words, Wild, Magical Music of Harry Potter, Come From Away, Company. March offered some repeats of the glorious Company along with Hamlet, Wise Children, Duchess of Malfi, Sparkplug, Unsung, Company (again), Club Tropicana, The Remains of the Day, Sherlock Holmes, Bouncers and Gabrielle (yes, THE Gabrielle).

April gave us Rough Crossing, Noughts and Crosses, Wilde Without The Boy, Kinky Boots, Heart of Darkness, A German Life, Fiddler on the Roof, Seth Rudetsky’s Deconstructing Broadway, Seven Drunken Nights, Rock of Ages, Handbagged, A Brave Face and The House on Cold Hill. May, you ask? Same Same Different, Tosca, Blood Brothers, No Exit, Emilia, Be My Baby, Gallery of Screams, The Mousetrap, Teechers, Much Ado About Nothing, The Turn of the Screw, Waitress and Amour.

June offered up All My Sons, Little Miss Sunshine, Joseph and the Technicolour, The Rocky Horror Show, Hayley and Me, Quentin Crisp Naked Hope, Driving Miss Daisy, In the Bones, Three Mothers, Oh No It Isn’t!, Wuthering Heights and Grease. July brought along Another England, Death of a Salesman, Thriller Live, Oddsocks’ A MIdsummer Night’s Dream, Birth, Austentatious, The Lady Vanishes, Billy Shakes: Wonder Boy!, Stones in His Pockets, A Midsummer Night’s Dream, Equus, The Worst Witch, When it Happens, Class and In Limbo.

With August arrived the Camden Fringe and other shows including The View Upstairs, 10 Days that Shook the World, Come Fly with Fred, Sea Changes, No Water in the Jungle, The Feminazis, Angel, The Discourse of Discord, Coram Boy, Regretxit, Karoshi, Villain, Interrupted, Where is Ban Ki-Moon?, Ugly, The Silent Boy, White Nurse, Improdyssey, As You Like It, The Net, All the Little Lights, The Geminus, Blues in the Night, Blue Tight Red Knickers and an S on Her Vest, Queen of the Mist and The Son.

September saw Death Trap, The Night Watch, Beyond the Barricade, First Impressions, Malory Towers, The 39 Steps, Tape Face, This is Not a Wedding, Heroin(e), Chekhov in Shorts, Blokes Fellas Geezers, A View from the Bridge and Connections. With October came Trojan Horse, Mushy: Lyrically Speaking, What’s in a Name?, My Beautiful Laundrette, There Are No Beginnings, Little Shop of Horrors, Under Three Moons, Blood Brothers, Cher, Dracula and The King and I.

November saw more beauts take to the stage, including: Master Harold and the Boys, One Under, Reasons to Stay Alive, The Hit, We Will Rock You, The Woman In Black, Hello and Goodbye, Toast, It’s True It’s True It’s True, The Wizard of Oz, Snow White and Sleeping Beauty. And finally, good ol’ December gave us Cinderella, Band of Gold, Rock n Roll Red Riding Hood, A Night at the Musicals, Sleeping Beauty, Hansel and Gretel, Snow White and the Seven, Cinderella (Northern Ballet), Roots and Amélie.

Reviews for all shows reviewed this year can be found on the site, so get caught up if you missed any along the way. For now, here are my top picks of 2019’s Regional, Touring and London Theatre…

There are No Beginnings

The Wizard of Oz

A View from the Bridge

The King and I

A Night at the Musicals

Death of a Salesman

All the Little Lights

The King and I

There are No Beginnings

COMPANY! Which should come as a surprise to approximately no one…

And that’s all folks. Honourable mentions go to Master Harold and the Boys, Blues in the Night, Blood Brothers, Kinky Boots and The Son – all of which are productions I’ve been raving about since seeing them. Here’s to another year of great theatre in 2020!