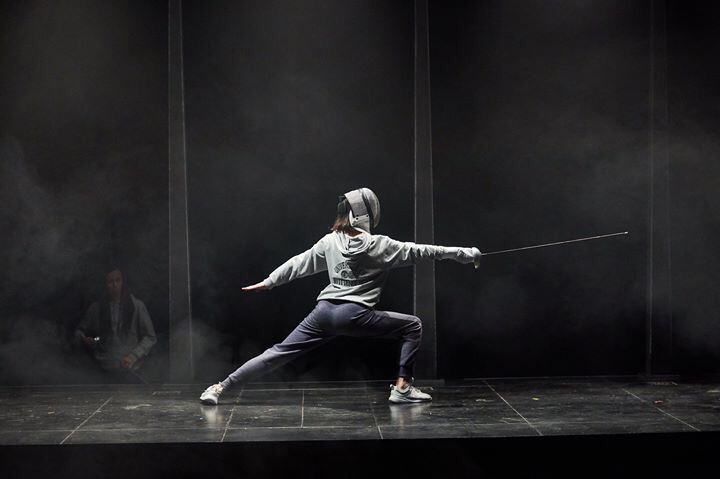 As Shakespeare’s longest play, Hamlet is in so many cases numbingly over-long and mercilessly dark, but thankfully, Amy Leach’s direction and approach to this tale of love, grief and revenge is crafted well enough to make the epic narrative feel no longer than any other drama appealing to modern audiences.

That’s a skill not to be overlooked, and with a healthy dose of wit and physical humour along with the benefit of a simple but well conceived set (Hayley Grindle) allowing for plenty of movement and variety, this is one of the most lively Hamlet productions that I’ve seen and that works very much in its favour.

The play follows Hamlet in the aftermath of her father’s unexpected death through love, loss and disintegration of all mental stability and sense of peace. Hamlet’s mother Gertrude (Jo Mousley) hastily marries Hamlet’s uncle Claudius (Joe Alessi), much to the disgust and dismay of her daughter. Visited by the ghost of her father (Robert Pickavance – who also takes a great comic turn as the exceedingly northern grave digger), Hamlet learns that his death was ‘murder most foul’.

Well, what’s a girl to do but avenge her beloved father’s murder and lose all sense of self in the process? Running alongside this gory business is the Ophelia storyline, initially a welcome escape from the horrors of her home life but swiftly becoming just one more source of anguish.

Tessa Parr takes the famously gruelling eponymous role and makes a minion of it. In a performance as delicate as it is desperate, she gives glowing merit to the casting of Hamlet as female. The various soliloquies of Hamlet all depict a sensitive and troubled soul, and those emotions, although I shouldn’t say it, seem much more authentic in a female voice.

But that’s not to say that the fierceness of Hamlet is lost by casting her as female (or that Male Hamlets don’t do justice to the sensitivities of the character)- Parr manages to present both elements of the character with equal force and alongside the disturbingly comic scenes of hysteria and instability come, she proves herself to be a superb choice for the role.

With Hamlet a female, the famed ill-fated love affair with Ophelia (Simona Bitmate) is a beautifully contemporary revision and a well crafted and received nod to diversifying within the great literary canon. Bitmate parallels Parr’s performance in both passion and nervous energy, giving a hunger to the relationship where other productions opt for a more distanced and innocent connection.

I’m a particular fan of the neutrality in the depiction of Hamlet’s infatuation as a lesbian love affair; the only shock and objection to the union are based on good old fashioned class divides and status snobbery. How very refreshing – it would be nice to see more of this dynamic on stages. 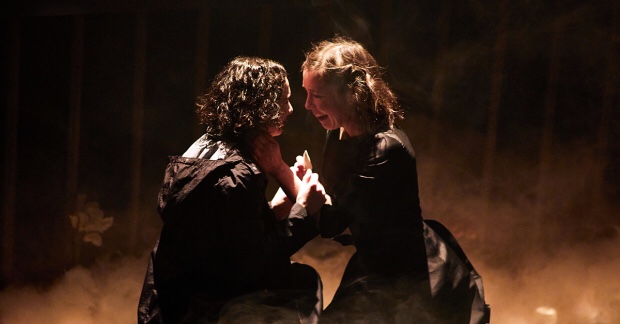 Mousley and Alessi are a great pairing as the odd and hasty couple and their interpretation of the marriage is nuanced enough to allow us to see the gaping holes in their knowledge of one another as well as the questionable immediacy of their infatuation. As Hamlet’s conflicted pal Rosencrantz, Darren Kuppan does very well to convince us of the painful duality of his problematic loyalties.

Crystal Condie is brilliant as Horatio – dedicated and noble, she is the closest thing Hamlet has to a buoy in a storm at sea and Condie plays the role with a rich dignity which extends to her handling of Shakespeare’s text. 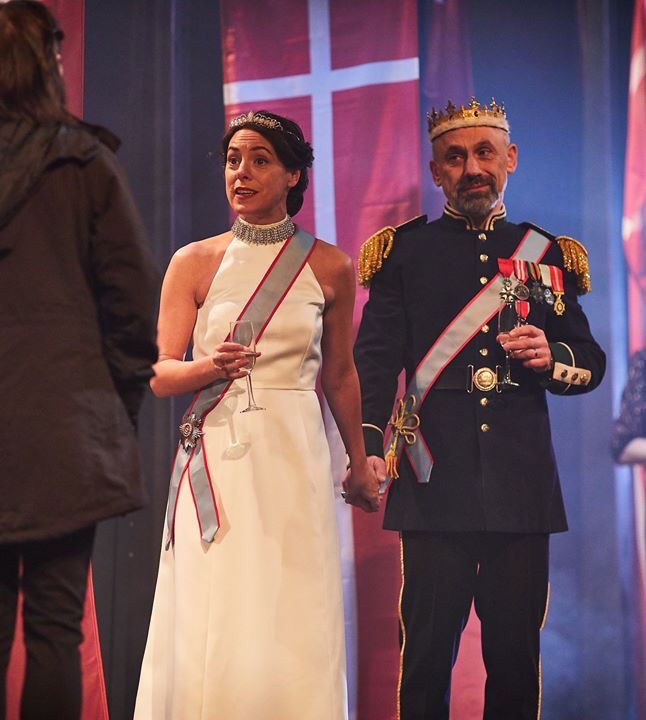 Perhaps the best gender reversal of a role in this production falls to Polonius. It’s easy to find light humour in the character as a pompous father in a patriarchal world, but Polonius has so much more dramatic value as a mother. Susan Twist gives the role brilliant humour by playing Polonius as a fussing over-confident matriarch who delights in being over-involved in the lives of both her daughter Ophelia and the royals.

For the most part, the northern emphasis works well and serves to give this interpretation of the play another source of departure from the norm. That said, the text doesn’t always arrive to our ears with clarity as diction gets a little lost in some of the cast’s delivery. Perhaps this is down to the actor rather than the accent, but there’s some uneven quality in handling of the bard here.

Parr, Twist and Bitmate are the most skilful and expressive in their handling of the text here, with Twist’s ‘to thine own self be true’ speech and Parr’s speeches over the praying Claudius and the distressed Gertrude being highlights. 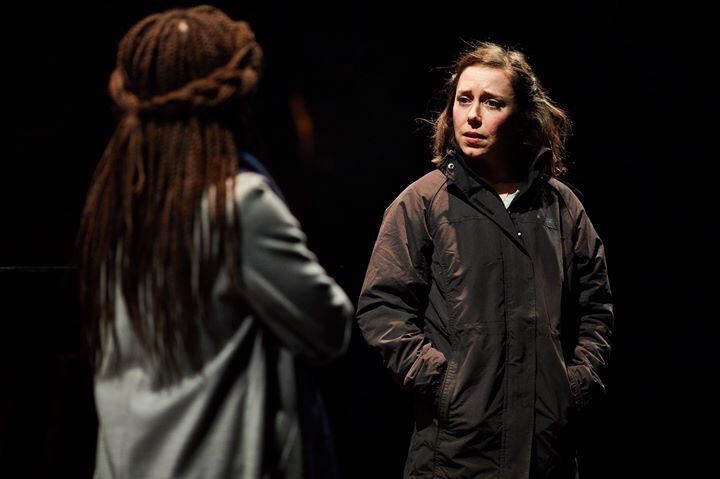 The brooding nature of the play is most prominently brought into being by Joshua Carr’s lighting which constantly intermingles with streams of atmospheric smoke. Composer and sound designer Alexandra Faye Braithwaite also contributes significantly to the overall morose and melancholic subject matter with eerie underscoring of the action and the bold, dramatic final moment of the play is given great drama through Braithwaite’s sound design.

As far as productions of Hamlet, and of Shakespearean tales go, Amy Leach has done a fine job here. Edits are judicious and although the first few scenes feel a little laborious as we go through the necessary motions of establishing plot starting points, the story feels complete and in-depth despite being abridged. The production picks up quickly and feels particularly strong in the second act, with action and pace gradually increasing until the finale brings us to an abrupt and brutal conclusion. Catch it if you can.

Hamlet plays at Leeds Playhouse’s Pop Up Theatre until March 30th and you can find tickets here.