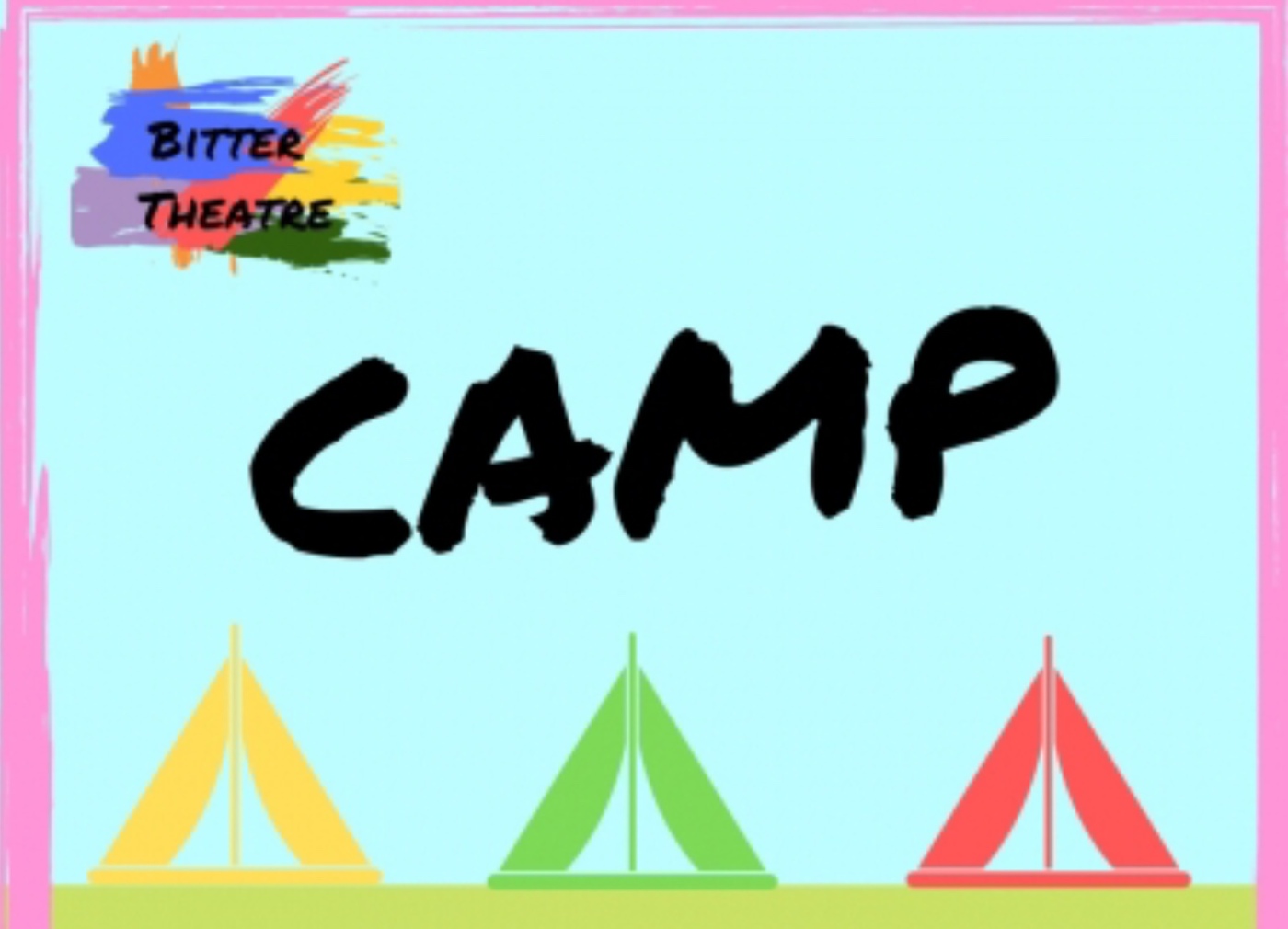 Bitter Theatre Company are bringing an LGBTQ+ comedy to the Camden Fringe…CAMP is the equivalent of gay finishing school; it’s a piece which represents for the LGBTQ+ community and it’s a piece with inevitable political undertones. The show plays the Lion and Unicorn 21st, 22nd and 24th August (tickets here) so I caught up with writers Kimberley Turford and James Easey to talk all things CAMP…

Tell me a little about the company. Where, when and how did Bitter Theatre Company come to be and what’s the vision?

KT: James and I set up Bitter last year when we entered the Pub Theatre Festival. We were both on the Drama, Applied Theatre and Education course at Central and we wanted to work together on a project as we had similar interests.

JE: Kim and I are both really keen on creating work with LGBTQ+ characters that are interesting and funny and Bitter Theatre was a great way to start that. We had such a great time at the Pub Theatre festival we decided we needed to keep making work.

CAMP is futuristic in a minor way – what prompted you to look forward with this show rather than staying in the present or delving into the past?

KT: I think we wanted to play with an idea that doesn’t yet exist, but still keep it relevant to us. The views expressed and ways of going about life are entirely contemporary, but I don’t think we’re at a point where CAMP exists yet, for better or for worse.

JE: Kim and I came up with the concept for CAMP when bouncing ideas off each other, and imagining what would have been perfect for us during those questioning moments as a teenager. I also think that even though it is set in the future, we really acknowledge the past and present.

The concept of needing a gay identity card to be a member of the LGBTQ+ community feels very political and more than a little reflective of our present state – would you say the show carries a political tone or message at all?

KT: I think it’s hard to write about identity, particularly a marginalised aspect of identity without being political. I see CAMP as a finishing school, like young upper class ladies used to have to go to. So for me your gay card is a double edged sword- you gain a community but you also single yourself out to the rest of the world.

JE: I agree with Kim, it is definitely political. I think the politics is more aligned with interrogating the problems within the LGBTQ+ community, as well as (spoiler alert) CAMP itself.

CAMP is essentially about LGBTQ+ characters being educated in all things LGBTQ+ in order to qualify for this card – is that accurate? What inspired this concept?

JE: I see the Gay-Card as more a certificate for finishing CAMP – rather than an exclusive membership. I think it really stemmed from reclaiming the ‘ooh you dropped your gay card’ quip that is banded around the playground. We then explored how we wanted to re-purpose it for CAMP.

KT: We were really interested in what qualifies you to be, and feel, a part of the LGBTQ+ community. As a bi-woman and a gay man we are aware that we definitely don’t represent the community as a whole, but we noticed we had a lot in common as well as a lot of differences with how we interact with the community. I think this is the notion which sparked this idea.

Your characters receive a varied and promisingly entertaining education spanning LGBTQ+ History, Voguing and Sex Education. There’s scope for great drama and humour here. Where would you say the show lands in terms of tone and genre?

JE: Comedy. For me it is a comedy with moments of seriousness and high drama. Kimberley and I really find humour to be an interesting way of communicating and exploring serious ideas.

KT: Yeah- hopefully people will have a laugh! There’s times when we lean into stereotypes, but there’s also times when we really reflect on the importance of identity and the discovery and questioning of identity

What does it mean to you as up and coming theatre makers to bring this show to the Camden Fringe?

KT: I ran Two Lasses in London over Camden Fringe last year, and I saw so many pieces of amazing theatre I just had to get a piece of that action.

JE: I love fringe theatre and performances in small venues with few constraints. As a director this really excites me and having spent the last four years in Camden it felt like a natural home. We are really grateful for the opportunity it has given us.

What’s your aim with CAMP? If you could have audiences take just one thing away from seeing the show, what would you want that to be?

KT: I hope people go away knowing more about queer history, but also a little reminder about acceptance and tolerance in our own community.

JE: I want the audience to leave laughing and a little bit surprised.

To close, in one sentence, why should audiences come to see CAMP?

KT: To see you, your friends and your community onstage whilst having a laugh and maybe learning something.

JE: CAMP is a big middle finger to the increasing homophobia happening around the world right now so come and laugh with us as we say a big clear NO to the infringement of our rights.

Now for the quick fire round of general theatre related questions…

KT: Immersive, I love being wrapped up in a world

JE: Comedy, if there is not moments of laughter I’m switched off.

Etiquette debates – worthwhile or futile? Where do you draw the line? It’s a hot topic.

KT: show dependent I think- I’m all here for gut reactions and relaxed performances but a drunk hen party singing along to Les Mis, or sitting there and filming a celebrity rather than watching them really takes the biscuit.

JE: I’m all for challenging etiquette, but I agree we need to keep the respect for the performers and technical staff.

KT: I think it has to be the week before a show at uni where 3 of us got burgled, two got dumped from long term relationships, one had a funeral and one lost a grandparent… and there were only 6 of us in total!

JE: I almost had to play both myself and my twin in a play, as my twin actor trod in fish hooks during lunch. (And he made it back for the play opening that evening).

If you could bring change in terms of opportunities in theatre right now, what would it be?

KT: I’d love to give regional theatres a bigger boost. Coming from Yorkshire I know that we have some of the best theatre in the world, but access and ownership over who goes to the theatre is still a massive issue and I’d love to make people like my dad and brother want to see something that isn’t a pantomime!

JE: I agree with Kimberley, it is definitely about access. I am worried I always seem to see theatre education programmes having funding cut.

So there you have it! Remember, Camp plays the Lion and Unicorn 21st, 22nd and 24th August and you can find tickets here.