Wise Children is a quirky and irreverent show which tells a rather unique story in a grand Vaudevillian style. As a production, it delights in theatricality and by extension, so do we as we watch the twisting and somewhat twisted tale unfold. 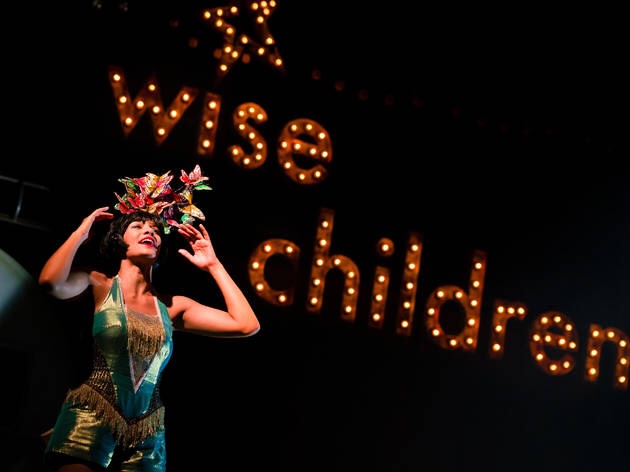 This is the first production from Emma Rice’s newly formed theatre company which takes Angela Carter’s novel to be its name sake as well as its debut production. The brilliant Rice adapts and directs and the show also benefits from casting from within the Kneehigh family including various Kneehigh Associate Artists, previous cast members and Kneehigh’s Artistic director Mike Shepherd.

We follow Nora and Dora Chance (Etta Murfitt and Gareth Snook) who are ageing twin sisters who once lived lives of adventure and freedom on the stage. They’ve proudly lived on the ‘wrong side’ of the River Thames for years, and now they’re ready to share with us the story of their eventful lives (so far). Both Murfitt and Snook lean heavily on the cockney accent to give their tale aural character and variety – something which gives the prominent narration of the production a winning accessibility, and that’s pretty vital as the tale takes many twists and turns down dark and gnarly avenues as well as through the fairy forest so to speak.

Once Nora and Dora have set the scene, the narrative begins a second time over with the introduction of the twins’ parents, conception, and a quickly following tragedy. Then it’s onwards in a blaze of action, gradual maturity and plenty of both innocent and smutty fun for plenty of giggles and snorts.

The twins’ mother was an actress seduced by fellow actor Melchior, who proves to be a self-serving rotten dad who fathers the twins and then disappears. It’s off to live with kooky granny for them. But unlike their natural father, their Uncle Peregrine steps up to provide at least a little experience of fatherly love. Yet all is not simple and the twins’ lives are never without incident, so there’s more drama to come. 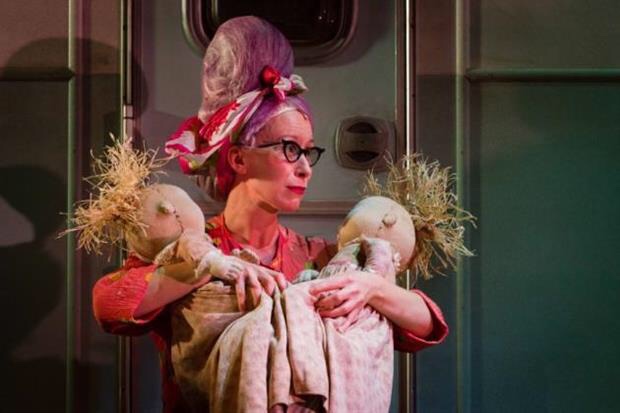 In order to achieve this lengthy narrative of the twins’ lives, we are offered five Noras and five Doras alongside four Peregrines and Melchiors, with each switch indicating passage of time with impressive pace and style. Visions of our twins as children are offered through beautifully crafted puppets (design: Lyndie Wright, direction: Sarah Wright) which are skilfully fleshed out by actors who impress with their puppeteering agility when it comes to some great moments of frenetic action. Then it’s down to a cracking ensemble effort to tell the rest of the tale through shifting versions of the twins.

Post-puppet Young Dora and Nora are played by Bettrys Jones and Mirabelle Gremaud respectively who bring a gentle, playful innocence to the roles. Moving onwards, we meet the twins in their showgirl days with Melissa James and Omari Douglas playing Dora and Nora. It’s during this particular era of their lives that the production really picks up pace and the athletic talents of this pair create spectacle and excitement in Vicki Mortimer’s showgirl costumes.

Ankur Bahl is a stand out as Melchior, who swans about the place as if riding an invisible pink and fluffy cloud. It’s a fantastic performance full of pompous affectations and risible sliminess. Sam Archer’s Young Peregrine makes more of a comic meal of an entrance than most and the character is given disturbing charm through Archer’s boyish, kindly portrayal. Mike Shepherd continues with this characterisation as the Older Peregrine and thanks to Mortimer’s striking costume designs, it’s easy to keep track of the shifting faces and voices of each character.

Older Melchior loses some of his effeminate egotism in Paul Hunter’s very comical manifestation. Unlike with Peregrine, the journey of Melchior the character through the performances of various actors shifts the impression of the character significantly. Older Melchior has lost his shine and much of his vanity while Peregrine retains his youthful charm…well, until he doesn’t.

The older twins now care for the ‘inherited’ old lady, Lady Atalanta (Patrycja Kujawska) after her daughters abandon her. Bettrys Jones and Katy Owen are grotesque and delightfully so as the spoiled twin daughters of Atalanta and in response, Kujawska gives her character an unwavering dignity in the face of such hardship. Even when she’s being very bad indeed, she somehow maintains an air of class (an impression helped along more than a little by Mortimer’s elegant costume designs for the character).

It must be said that Carter’s story is a sprawling, wild and rather convoluted one, so this show favours a second viewing or at the very least committed attention. The very things which make the show exciting to watch are the things which complicate matters and make this rather challenging viewing at times, despite being full of lightness and energy.

Highlights are many in this show, and they begin and end with the general sense of imaginative flair and impressive energy of this as an ensemble piece. Individual elements to impress include Gremaud’s vocal accompaniments, Katy Owen’s outrageous take on a primary care-giver, Jones and Owen’s fantastically emotionally and morally feral twins, Ankur Bahl’s inspired characterisation of the world’s most narcissistic semi-talented actor and the thrilling dances of Melissa James and Omari Douglas. And the Shakespeare bawdiness. Who among us, with experience of this show, could talk about it without mention of the gleeful pulling of the bard’s leg I ask you? 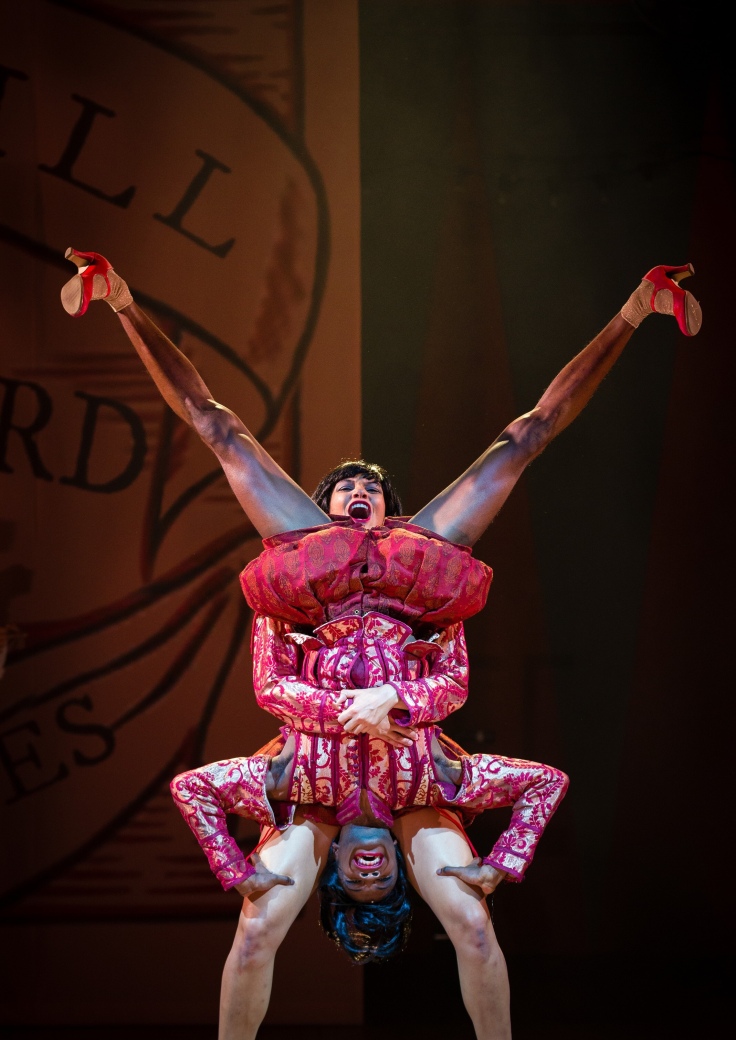 The production celebrates a complex anti-fairytale of sorts from a brilliant writer through a celebration of theatre as an art form made or broken by its players. It’s light and lively entertainment with darker moments embedded in unexpected corners. Songs and music (Ian Ross) are plentiful and upbeat, dance (choreographed by Etta Murphy) is also a key winning feature but in truth, all movement is given a sense of artfulness, true to form for Rice as Director. It’s a creative free for-all, and it’s very entertaining indeed.