Little Shadow Theatre’s new show The New Irish Playbook is a collection of six short plays written and directed by Joe O’Neill. The show plays the Camden Fringe at Etcetera Theatre from 30th July – 2nd August. With a running time of 60 minutes, The New Irish Playbook promises to pack in a diverse range of stories, characters and themes in plays both comic and dramatic and all that lies between. I caught up with O’Neil to find out about this new show, Little Shadow Theatre and all things theatre… 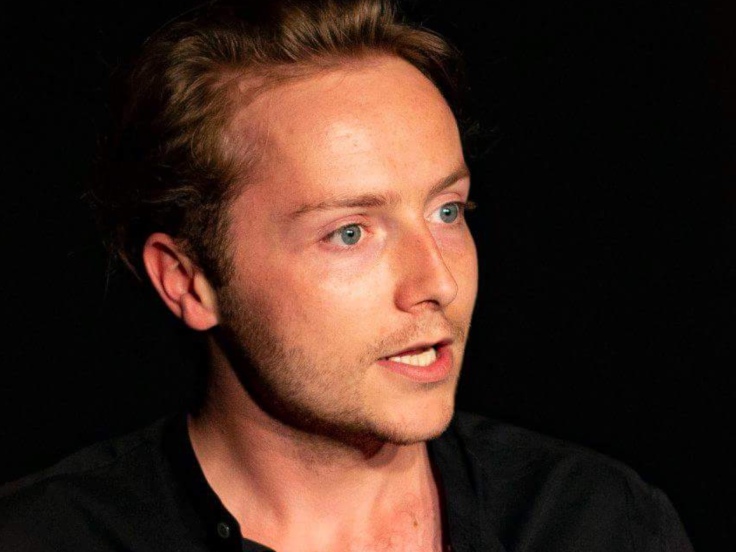 Tell us a little about Little Shadow Theatre as a company – who are you, how did it all begin and what’s the story behind the name?

Little Shadow was founded by myself in June 2015 for the sole reason of producing my debut play ‘Goodbye to Marie’ two of the cast members (Kieran McDonnell & Adam Tyrrell) are actually in The New Irish Playbook. We have produced many original plays across Ireland and we actually performed ‘The Playbook’ in the Etcetera Theatre in January for two nights, we loved in so much that we had to make sure we came back. As well as creating Theatre we also short films too, with our shorts ‘Coming Out’ & ‘Our Child’ receiving over 350,000 views across Facebook & YouTube combined. Our latest short ‘Is it ever okay to be a Xenophobe?’ will be released in August. The name Little Shadow comes from the fact at this moment in time we don’t cast much of a shadow in the world but as time goes on and we grow our shadow will grow larger. But don’t expect a name change.

In The New Irish Playbook, a cast of seven perform six short dramatic and comedic plays featuring themes of ‘loss, heartbreak, acceptance of who you are’. Would you say each short play slots neatly into drama and comedy or are there intentional cross-overs and hybrids?

I always looked on life as being a dark comedy, so I take that into my writing with each of the plays delving into both drama & comedy, with different variations.

While diverse in plots and characters, the themes explored in these plays seem very universal and relatable – do you have a ‘favourite’ in any sense…or is this question too ‘Sophie’s Choice’?!

To be honest it all depends on what mood I’m in, I feel each of the plays are so different that some days I connect with some more than others but I would say that ‘In the Garden of the Engagement’ is probably the one that hits home most with me as it is about someone who has trouble moving on from someone who he loves even though the person he loves never even loved him. That one still gets me a little and reminds me of when you are 16 and fall in love with any pretty girl that smiles the right way at you, which always leaves you crushed in the end. It’s part of life when it happens to a teenager but it’s a different story when the lad in question is in his 20’s. Anyway, that is the one that affects me pretty much every time I watch it but there is something in there that will affect everyone to certain degrees. 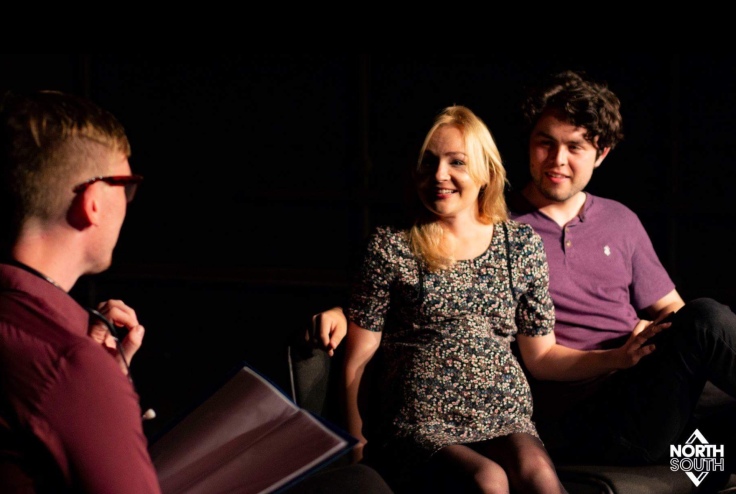 Our Child feels topical in terms of medical advancements when it comes to monitoring and assisting pregnancies and Coming Out seems to be a classic tale of an LGBTQ+ young man hoping for unconditional love. Were you determined to include topical subjects and diversity of characters and stories during the writing process?

Your plays cover impressive ground, with I’m the Hero suggesting a poignant narrative on legacy and familial relationships while Twenty Minutes Waiting sounds thoroughly comic and potentially farcical – does the running order create an intentional emotional roller coaster for audiences?

The whole hour is dedicated to having the audience kept on their toes and having no idea what is coming next. There are plenty of emotional high & low moments and certainly a lot of laughs along the way.

As Writer and Director here, you have a great amount of autonomy – what are the challenges and benefits of donning both caps at once when producing theatre?

A Benefit is that what you put on the stage is 100% yours.

Can you give any insight into the inspirations or influences behind any of the plays in this collection? Are there any personal influences in your work?

There is a mix of imagination and real life throughout these 6 plays, that’s why I feel the audiences have connected with it so well so far. Even though some of the plays are a little bit more aloof than others, they are all based in reality. 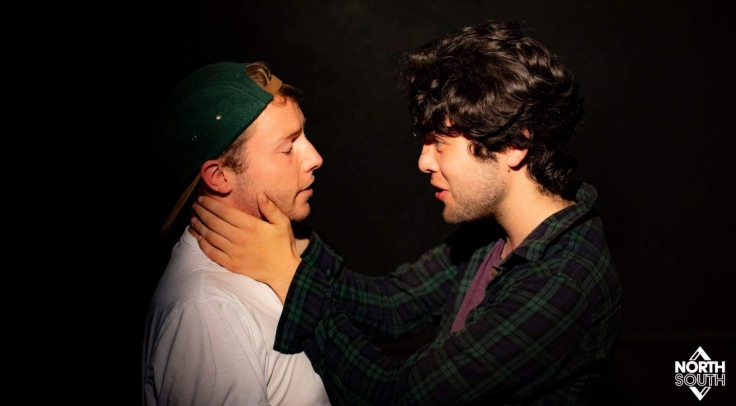 At a running time of just 60 minutes in which 6 short plays are performed, how have your writing and direction processes gone about creating depth in characters and clarity in plot lines taking into account the limited time available for each?

That one is a harder one to explain in just a few lines, all I can say is that each of the plays has had a huge amount of effort put into it to make sure everyone that you see is not just a character but a human being, I just hope the audience agrees with me when they come see it.

Considering the fact that some of these plays have been filmed and are readily available, what do you believe or hope audiences will get from the live performances which they might not get from the filmed versions?

Live is always different, they are different performers firstly but also the scripts have been tweaked so audiences that have seen the shorts will still be in for a surprise.

Your intention is to have the audience ‘looking deep into themselves once they leave the theatre’ – what is it you want them to go away thinking about or reflecting on? Are any of your works intentionally morality plays or didactic in some way?

None of my plays are written to teach anyone. They are mostly written from a point of view that I look into and try to understand it. I always hope that people will be able to look up on the stage and possibly see themselves so they can connect with them and maybe avoid making the same mistakes the characters do.

If an audience takes just one thing away from seeing The New Irish Playbook as a complete collection, what would you like that to be?

They will have the time of their lives but they will be challenged…in a fun way.

Now for the Quick Fire Round…

Who or what has inspired you most in theatre? Martin McDonagh.

Favourite theatre genre and why? Dark Comedy, it’s just the most relatable.

Etiquette debates – worthwhile or futile? Where do you draw the line? It’s all bollox.

If you could bring change in terms of opportunities in Theatre to London right now, what would it be? What does London need? I’m the wrong person to ask since I live in Dublin so I guess I’ll say me. (a great answer – I should have asked about Dublin theatre here of course!)

Finally, to close, sell your show to readers in just one sentence. We’ve all got great accents and you will not see any other scripted show at the fringe with more variety than us.

So there you have it! Remember: The New Irish Playbook plays the Camden Fringe at Etcetera Theatre from 30th July – 2nd August and you can find tickets here.