‘The Boy with Tape on His Face’, or Sam Wills as his nearest and dearest likely still address him, is a whirlwind of clever, creative, comic fun. As the name suggests, he stands before his audience with his mouth taped. For most, this would mean game over, but for him, it’s game, set and match; the verbal embargo alone lends itself to excellent comic moments. The wide-eyed, silent exasperation or chastisement of whichever audience member had been summoned on stage, with rib-tickling token gestures and mannerisms, made for many laugh-out-loud moments (and they were probably my favourite thing about the show as a whole). It’s definitely difficult to pin down a restricting, specific genre/ hybrid or give a pleasingly specific description of this show without the niggling paranoia that you might be mis-leading the person reading. It’s not that it completely defies description but rather that it defies any neat, perfectly packaged and easily recognisable description – and I think that’s fantastic.

Watching this talented comic, I was very aware of the fact that the show relies heavily on the power of anticipation; it was like re-living the childhood joy of watching an Art Attack creation every time he found something in his satchel of silliness. ‘What the…’ were words that I repeatedly muttered and spluttered while watching with unfaltering fascination as each mini episode played out. There’s nothing quite like the fun of watching and waiting to see what becomes of the inconsequential objects on stage as they take shape in the hands of the talented guy up there. Yes indeed, the talented guy with tape across his chops can somehow silently and magically create places and people from random bits and bobs put together in somewhat of an ode to classic clowning (minus the make-up and with very modern twists, of course).

The triumph that is the playlist for this show is also a great source of laughs, with each song snippet perfectly selected and perfectly applied just at the right moment, snagging every bit of laughter available. It was a fantastic display of how important those mysterious entities in those mysterious boxes are- it must have taken some real skill to keep up with the unrelenting movement and energy on stage. So well done, mysterious men- I applaud your ability to adorn with light and sound something so Animaniacal in pace! Speaking of which, a word to the wise: if you’re shy of audience participation, get yourself a balcony seat for this show; the filching from the audience was constant, it was indiscriminate and it was highly entertaining for those of us feeling safely out of reach! That said, the finale involves everyone in the best of ways, so there’s that to look forward to, regardless. Watching Wills direct complete strangers, without any verbal communication was stunning- with just a few clicks, a few head jerks or flippant modelling, and he had all kinds of folks doing all kinds of funny things with complete compliance- incredibly impressive and endlessly entertaining. 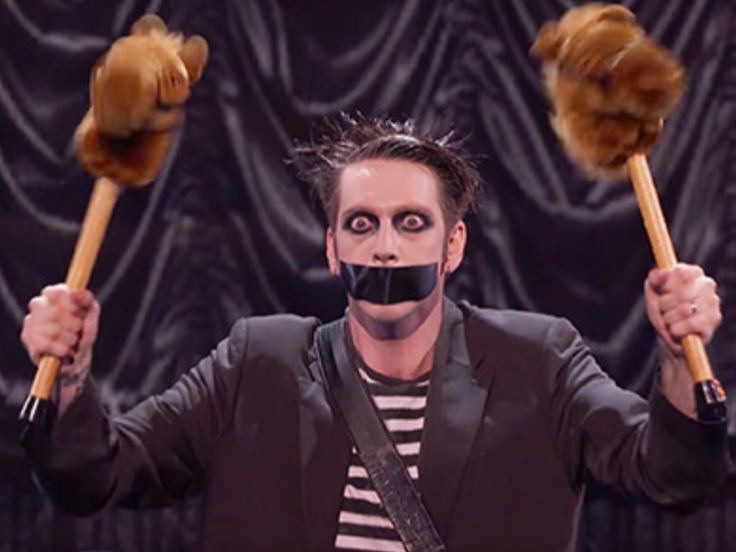 It’s worth mentioning that the show has no real narrative other than Tape Face Boy is backstage awaiting the start of his own show. That’s really of no consequence however; the show is brilliant. The gags are sometimes intertwined, but are more often a smorgasbord of very well crafted comic moments linked by little more than their chronology within the piece. Most importantly, the laughs were frequent – and, speaking as a very well behaved, suitably inhibited audience member, it takes rather a lot to get me to react audibly. Watching this show however, I couldn’t keep quiet – and my accompanying friend ended up crying with laughter. A win, I think, Mr Wills/ Mr Tape Face, Sir.

In terms of lasting impressions, I think that the elements of surprise and anticipation are probably the real heart and soul of ‘Tape Face’; of course, the humour is visual and the laughs come from wonderfully clever combinations of inanimate objects and exceptionally well applied hit tunes, but these things are used, ultimately, to play to the key strengths; the expertly formed anticipation-surprise combination. While I was of course aware of Wills’ turn on America’s Got Talent, I avoided any clips (bar the one posted on the theatre website), and I was so glad that I didn’t- I’m sure the laughs would still have come, but I wouldn’t have been so gripped as I was to find out where exactly the action/prop/audience participation would lead…

So, ‘Tape Face’, as indicated in my habitual interval tweet, was bloody marvellous. I was told to ‘Expect nothing, enjoy everything’ – and I did. It was laugh-out-loud funny; it was mind-bendingly creative; it was surprising and silly and fun and fresh and… and…and… It’s exactly where to go if you’re not shy of weird and wonderful creations, have a penchant for the surprising and a love of fun and laughter. 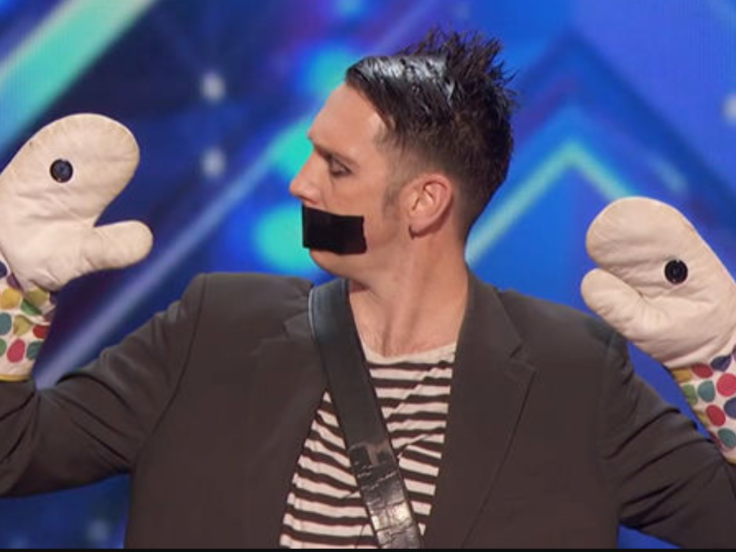 One thought on “The Boy with Tape on His Face: The Comic Brilliance of a Verbal Embargo”