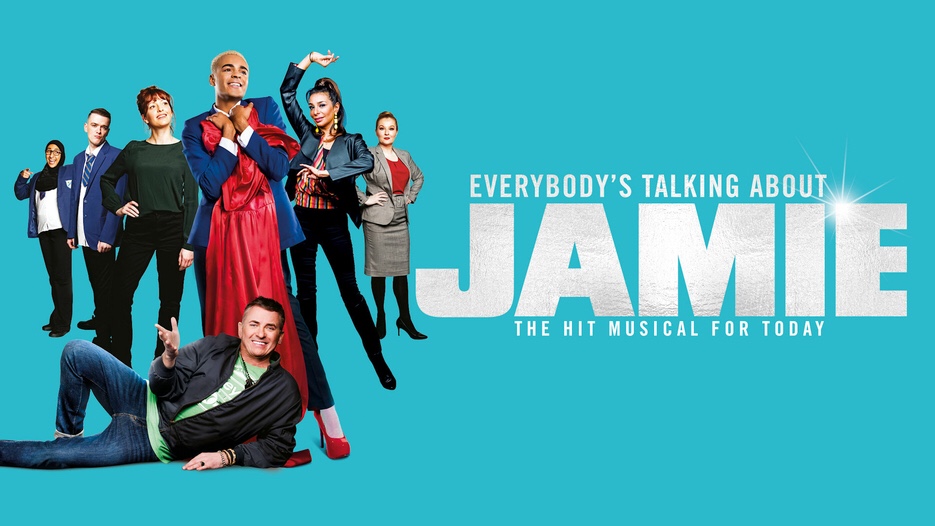 Based on the true story of Jamie Campbell, “Drag Queen at 16”, this bouncy, uplifting musical follows a young teenager navigating school life while nurturing aspirations of becoming a drag queen. From lived experience to BBC documentary (2011), from theatre production to West End hit (and most recently, a feel-good film), there’s no denying the lasting appeal of this story – and if the audience I sat with can be used as any kind of barometer, the popularity isn’t going anywhere any time soon, and rightly so. There’s fun to be had and moments of sadness too, but this is ultimately an uplifting show about belonging which leaves an audience light on their feet as they leave for home.

As our lead, Layton Williams is all charisma and playful sass, with just enough vulnerability and pathos to carry the story with the kind of fun and emotion it needs. He’s supported every step of the way by his adoring mum, Margaret (the brilliant, powerhouse belter Amy Ellen Richardson) and her long-time pal Ray (the hilarious Shobna Gulati, whose comic timing is spot on, truth be told) – both of whom provide that undeniable northern humour and heart between them.

Although at school Jamie has to face the usual numbskull bully types like mean Dean Paxton (George Sampson) and the unsympathetic teacher Miss Hedge (Lara Denning), he also has a fab best friend, Pritti (Sharan Phull) to steer him through. The friendship between Jamie and Pritti is a winning focal point here and Phull’s time in the spotlight, both for her solo ballad and her cracking final scenes, are definite highlights. For good measure, the production also provides plenty of drag fabulosity via the accidental mentor Hugo (AKA Loco Chanelle), played by a very entertaining Shane Richie, and who is joined by his gaggle of drag pals, played with gusto and a winning twinkle by Garry Lee, JP McCue and Rhys Taylor.

Anna Fleischle’s designs (with lighting by Lucy Carter) ensure that Jamie’s story stays cosy and down-to-earth when at home or school, while Luke Halls’ video design provides concert-style projections as a backdrop to musical numbers. With Kate Prince’s contemporary choreography playing out against such a backdrop, there’s no mistaking the modern flavour of this show. And if the visuals offer a blend of the everyday and the runway, then so too does the music. Bops like “And You Don’t Even Know It”, “Work of Art” and of course the title number are well balanced with pretty or powerful ballads like “It Means Beautiful”, “He’s My Boy” and “The Wall in my Head”, to beautifully punctuate the ups and downs of Jamie’s journey.

This really does feel like a “right here, right now” kind of musical, too. The subject matter of a young man embracing elements of his identity which make him a target for others feels very important and very current, but the production itself thrives on its overall modern, youthful approach. Tom Macrae’s Book and lyrics (music and orchestration by Dan Gillespie) are imbued with a humour of wide appeal, tapping into pop culture references, emphatic northern delivery of lines and a good helping of mild swearing and bawdy references. It’s silly, it’s funny, it’s poignant and it’s fun – but most of all, it ends on the kind of celebratory note all young people like Jamie and Pritti deserve. So yes, everybody is still talking about this show, and they will be for a good while yet – recommended!

The Everybody’s Talking About Jamie tour is directed by Matt Ryan, with original direction by Jonathan Butterell. The show plays Leeds Grand Theatre and Opera House until November 7th 2021 and you can find tickets here.