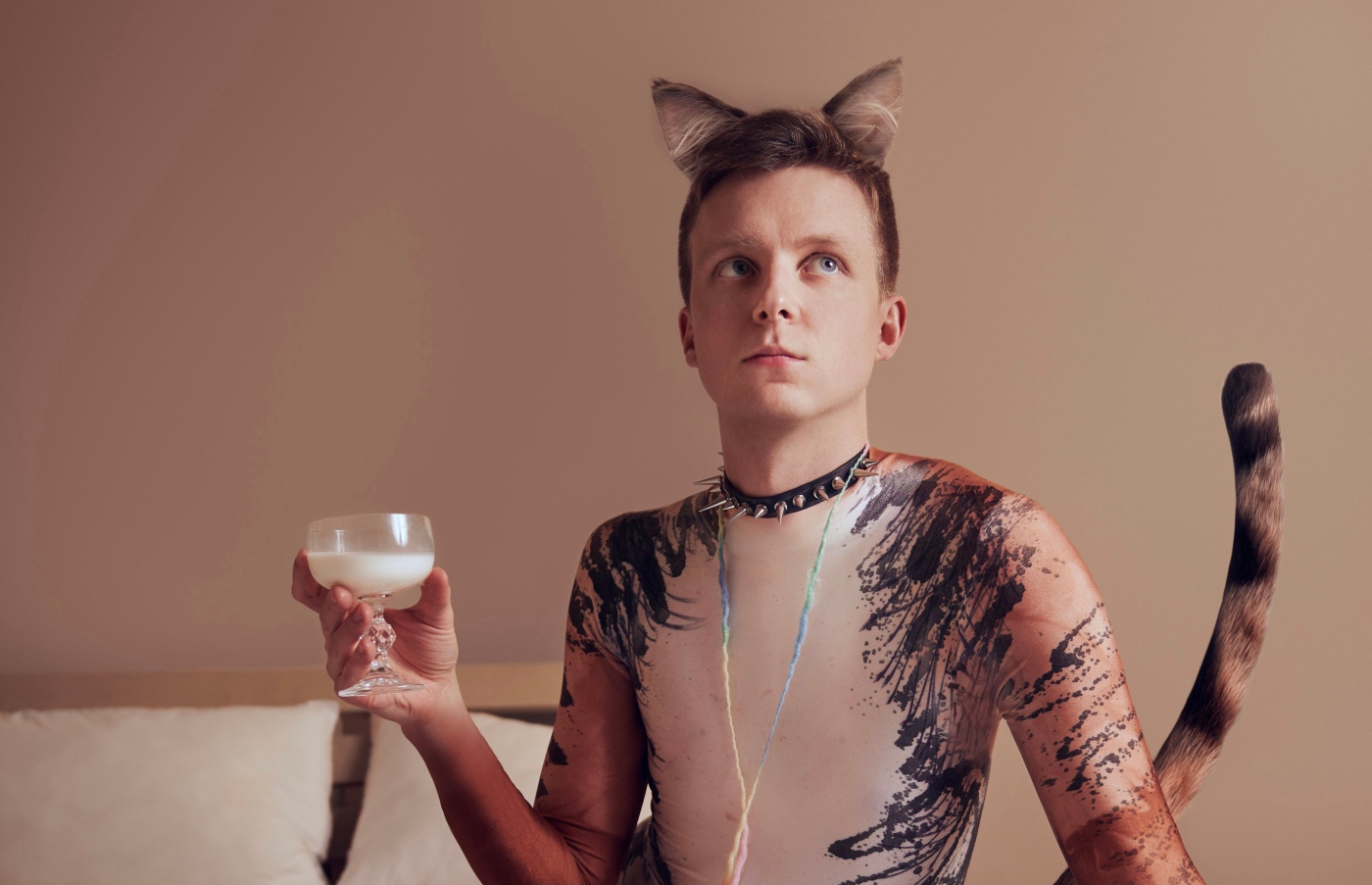 Linus Karp’s “how to live a jellicle life: life lessons from the 2019 hit movie musical ‘cats'” has been getting quite a lot of attention on my Twitter feed of late, so I’m thrilled to have had a chance to catch up with this comic talent ahead of his tour dates dates in Birmingham, Poole and London throughout July 2021. Billed as “a silly, stupid and queer show all about my love for the film Cats”, this show carries an affirming message at heart and Linus has some pretty entertaining insights to share here…

Maybe the answer isn’t quite as obvious as I’m imagining, so I’m going to take a punt and ask: what prompted you to create this show in response to the ‘Cats’ movie?

I saw the film at the beginning of 2020 – not knowing much about Cats beforehand and I was BLOWN AWAY. I could not stop thinking about it, I returned to the cinema to watch it again and just wanted to know more about every aspect of the jellicle society. Hence the show was born!

And dare I ask what your feelings are on the musical, pre-influence of the movie?

I hadn’t seen the musical and knew very little about it – my main MEMORY of the stage show was that there’d be a trailer for it on the vhs’s I watched as a kid and I used to skip past it as I found it terrifying! Since falling in love with the film I have, of course, seen the filmed stage version multiple times and I can’t wait to get to experience Cats live on stage whenever it comes back!

‘How to live a Jellicle life’ promises comic commentary on the panned film, featuring PowerPoint and fair bit of dance, naturally – would you say this is fast paced wild hilarity or more of a simmering take-down?

Hopefully the first, haha! I think there are enough people who’ve panned Cats so I would rather just enjoy it in all its weird and wonderful jellicality!

In all fairness though, this show is billed as “celebrating” the film in its own comedic way, so tell me something you absolutely love about your muse here.

What’s not to love really!? It’s definitely memorable and you will never see anything like it – Sir Ian McKellen lapping up milk with his tongue, Dame Judi Dench throwing her leg in the air, Jason Derulo’s gyrating hips, Jennifer Hudson crawling on all fours, Ray Winstone “singing”, Taylor Swift sprinkling catnip… The list is endless!

Without spoilers (if it’s even possible)… this show promises to impart sound advice on how to be more Jellicle. So the big question here is: what in the name of all things feline most characterises a Jellicle life – movie-world or otherwise?

The meaning of the word “jellicle” is never defined in Cats – but we are told that jellicle cats can “see in the dark”, are “lean like a lynx”, “can sing at the same time in more than one key”, “jump like a jumping jack” and would not only “look at a king”, but also “sit on his throne” – showing that skill, agility, energy, musicality, talent and bravery is all jellicle. Hence I use “jellicle” as an umbrella term – covering every positive adjective possible. Being called jellicle is the ultimate compliment. Living a jellicle life is living life fully as your authentic self – really, this show is an hour of motivational self-help speech!

And what’s not to love about that? So the show has enjoyed sold out runs and a fair bit of vocal praise – for you, what’s been the biggest highlight so far?

With the year we had last year, getting to open the show I had created, it selling out and getting such amazing reactions really was overwhelming. It felt so out-of-this-world ridiculous that my stupid show about Cats got that response. And now getting to tour and travel the UK with it, having not been outside of London all year, is such a joy.

I’m interested to know if you are in any way tempted to build on the success of this approach and take on another Hollywood hiccup?

Haha! I have some plans for new shows, but I think I’ll have to stay away from movie-themed shows for a while after this… But who knows –  I also feel like we all need to take a deeper look at the Mamma Mia cinematic universe…

That would sell out for sure! And finally, what would you say to those thinking about coming along but haven’t yet made the leap?

That you can absolutely come along even if you know nothing about Cats, or even if you hate it. I wanted to create a show that was the opposite of 2020 – a light, silly, fun time where you can spend an hour laughing, and judging by the reactions I’d like to think that is what it is!

So there you have it! The show has tour dates in Birmingham, Poole and London throughout July 2021 and you can find tickets here.