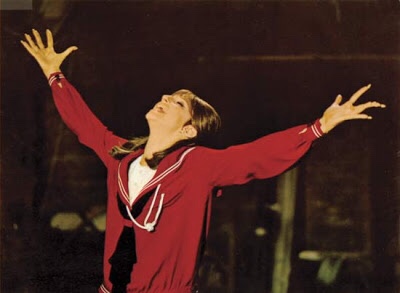 So you want drama? You’re missing the thrill of high stakes performance and jaw-dropping vocal risk-taking? You want theatrical flair and the best of fiercely emotive performance? Ladies, gents, one and all, allow the incomparable Barbra Streisand to fill that void.

Now, I’ve been enjoying a return to Streisand during lockdown, revisiting pretty much the whole back catalogue and loving the nostalgia of it all. Having been away from the dramatics of the theatrical world for far too long now, I’ve been positively basking in the most dramatic numbers on those albums. Admittedly, this is likely more for Streisand fans than theatre fans specifically, but with the performative flair and phenomenal vocal talent on display, musical theatre fans should love this as much as any die-hard Streisand fan. Let’s not forget her board-treading origins on Broadway in Funny Girl and off-Broadway in other, more obscure shows too. Oh yes, and let’s always remember the loyalty shown towards musical theatre greats across both her discography and in this selection…

Frankly, each song featured here is worthy of centre stage glory. Full of emotional intensity, smooth silky notes, generous vibrato and astounding belting, these are real vocal diamonds. You’ll also find many a sparkling arrangement and some gorgeous big band sounds for an all round sublime sound. It’s been a bit like choosing between beloved children, but here’s my list of top ten gloriously dramatic Barbra Streisand gems…

Where better to start than with a Broadway cast recording? Cornet Man is possibly the best song cut from the original Funny Girl production when it made its way to the big screen. Full of fun and brilliant interplay between band and songstress, this number also has one of the most unapologetically dramatic opening sections you’ll ever hear. How this one didn’t make it into the movie I will never understand – it’s almost certain to have you replaying from 3.10 onwards.

Love is a Bore

Ever the holder of surprises, Love is a Bore is a classic example of a cracking mid-song tone shift from Streisand. Expect a quirky mix of musical styles and rich vibrato galore. It’s great to hear some loose phrasing from the queen of diction on this one too. You can also watch a live version from ‘A Happening in Central Park’ here.

Where. to. even. start? It’s all here. The vocal aerobics. The vibrato. The growls. The lung crushing final note. The sheer chutzpah throughout. You Wanna Bet is probably my favourite in this list in fact. Again, it’s a glowing example of the way early Streisand courted playful, comedic songs but on her own terms. It’s also another song which endlessly climbs and it’s full of that charismatic sixties Streisand drama that I bloody well adore. There, I said it.

Get a young Barbra Streisand singing in French about romantic disillusionment and she’ll deliver with dramatic gusto. I’m out of superlatives. There’s a slightly less plosive English version of Non C’est Rien (Free Again) on the Je M’appelle Barbra album too – in truth, that whole album is whole-heartedly swan song level drama so maybe give the whole thing a whirl… I wish you could see the performance given in the TV special Color Me Barbra for the full impact, but the video is no longer on YouTube…

Drama you say? With feathers and hair tosses and a big carriage-drawn exit leaving an unworthy bloke in the dust? You got it! While So Long Dearie is a comic highlight of the Hello Dolly! movie, it’s also a really fabulous display of vocal prowess – I do love a Streisand growl and a big belting finish, I cannot tell a lie m’lud.

When the Sun Comes Out

The live version of this gem, courtesy of the TV special My Name is Barbra, is one of the best examples you’ll find of the depth and breadth of Streisand’s combined vocal talent and capacity to emote through song. That YouTube video has apparently disappeared though, so the album version will do. *Chef’s kiss.*

Where Am I Going?

A belter in every sense – big band, big belting, big sound! Like most of the beauties in this list, Where Am I Going? builds brilliantly with a sense of bubbling energy from the start which only gets better as the seconds tick by. There’s a gorgeous sense of relentlessness here as the music swells and simmers in turn – high intensity for sure. *Another Chef’s kiss*

Love With All The Trimmings

Goodness me those strings. So rich, so enveloping, so likely to make you hit the 10 second rewind button. Love with all the Trimmings is almost too dramatic…but also offers up one of the best finales around, with Streisand digging deep for that all-out sound, bringing orchestra and voice together at full force for a taste of sheer auditory bliss. I’d recommend the whole soundtrack to the On a Clear Day You Can See Forever film to be honest, it’s such a rich throwback to grand orchestra sounds in musicals – particularly the title song.

Pure as a newborn babe and pretty darn transcendental. Memory reminded me of the purity of sound in Who Will Buy? when I first heard it and it’s impressive to think they were recorded eighteen years apart. Just…listen and thank me later.

Don’t Rain on My Parade

And we’re back full circle to Funny Girl. Don’t Rain On My Parade remains entirely the property of Barbra Streisand. Along with People, My Man and of course, I’m the Greatest Star, the songs of Funny Girl have been sung by many but never so well as the definitive original – there’s a reason Streisand scooped an Oscar for her performance in the film. While I’m slightly more of a fan of I’m the Greatest Star, Don’t Rain on My Parade certainly earns its place in this list. Here we have defiant, vocally sound, characteristically soaring Streisand putting her stamp on one of the most dramatic musical numbers ever written.

So there you have it. May your ears be ever blessed with such drama! Hopefully some of these will be new to some of you and maybe listening to a few of them will give musical theatre fans some new material for singing into hairbrushes in front of mirrors… If you are new to the Streisand scene, take a look at this earlier piece for more on her relationship with songs of stage and screen. And FYI, the fab songstress is still delivering plenty of drama with her music too – take a look at the latest album Walls for a more recent taste of that inimitable Streisand talent.

After more examples of Streisand climbing to the maintain tops and waving back at we mere mortals? Get your ears around these honourable drama-drenched mentions:

One Less Bell To Answer/A House Is Not A Home

A Piece of Sky

Little Tin Soldier – in fact, listen to the whole What About Today? album. It’s a real theatrical delight from start to finish.

How Lucky Can You Get? – the whole Funny Lady album is worth a visit to be perfectly honest – particularly for Let’s Hear it for Me and the like.

Cry Me A River

The Best Thing You’ve Ever Done

Never Will I Marry

Lover Come Back to Me

He Touched Me (Live in Central Park)

A Good Man is Hard to Find

All image credits go to original sources – no copyright intended.