In Part I of my interview with comic talent Matthew Warhurst, we chatted about his role in Falling Pennies’ Doomed Resistance(review here) at the Camden Fringe last year as well as the key moments in his career to date. Here in Part II, Matthew opines on etiquette, inspirations, secret talents and the importance of the arts in education…

I think comedy, a lot of the time. Meeting people like Victoria Wood and Mel Brooks; seeing people come and forget everything about their daily lives and everything they’ve got going on – that inspires me. That’s why I do it. I adore that people could come and see Doomed Resistance and they forgot about their lives for an hour; they switched off, just enjoyed themselves and laughed. To be able to do that – and Schmidt seemed to appeal to a lot of people – that is my biggest accolade as an actor, that people left remembering Schmidt and wanting to see more of him.

Why not a spin-off for Schmidt then?!

What happened to him after defending all those horse naps? Do you have any hidden talents that may find their way into a future Show?

Etiquette debates – worthwhile or futile? Where do you draw the line? Is it all just a fuss over nothing?

I don’t think it is a fuss over nothing. I know that for some of the actors that I work with, it drives them mad and others are fine about it – I think it is a split. A lot of the time, as actors, we should be able to deal with it, we should be able to kind of ride that – but there is that hot topic of when people come to watch in the theatre, there should be an etiquette in place; you’ve come and you’ve spent all that money to watch something. I think that etiquette should be in place, but then again I do think that theatre should be open to everyone.

Absolutely – but for some it’s about where you draw the line – it’s the difference between not caring what people wear to the theatre and the whole idea that people should be able to ignore the lights from people’s phones in the audience because, well, at least they’re there…

Well, they can wear whatever they want, but in terms of an etiquette, when people are watching a performance, I do draw the line at phones and shouting or speaking. And actually, when I go and watch something, I want to watch it, I don’t want people next to me talking and eating. I think just have an awareness that you’re in a theatre and you’re watching something that a lot of people have spent a lot of time on and that you’ve come to enjoy. I don’t get angry about it, I would just like to have people act like I would in their position.

Let me think…(dramatic pause) yes. Yes I do… When I was sixteen, I was in a play called Butter Side Up and it was kind of the first professional theatre I’d done which wasn’t amateur dramatics. Basically, I came down with gastroenteritis about a week before we were due on and I’d also just lost my grandad at the time and I went on anyway. But my proudest one to date, and I don’t know if I could still do it now, but I was about fifteen/ fourteen and my school was doing A Midsummer Night’s Dream. I’d been cast as Theseus and they basically came to me about a week and a half before the show and said oh for one of the performances our Lysander is not gonna be here. They wanted to put me on for the one show as Lysander and put someone in to cover me for that one show. So I had to do the Friday and then the Saturday matinee as Theseus and then Saturday evening as Lysander, so I had to learn both parts. I don’t know how I did it, but I did it!

Yeah! I don’t know if I could still do that now…

Lysander is a hefty role too – a week and a half to rehearse as Lysander is madness! A slightly more serious question now though. If you could bring change in terms of opportunities in theatre right now, what would it be? What does theatre need?

I think we are getting there. Old school theatre is coming back – theatre like Young Frankenstein, I mean I know it’s seventies, but things like musical hall and vaudeville style is coming back. The only thing I would say would be about opportunities, but I think it’s opening up – there are times when it can be a bit of a closed Shop with the same people and not enough out there for the new people to emerge but actually, that’s changing. I do think that having been regional and coming from a working class background – it would be lovely to work with people like the RSC, The Globe and The National, that’s where I hopefully want to go one day, I’d love to get in there – but I think that I face the same challenges as every other actor. I just think it’s having the diversity with everyone – that no matter who you are, you can come and see theatre. I think there was a time when theatre was seen as a dying breed about ten years ago, but actually it’s turned around; ten years ago there was a time when people were saying there’s no money in it and actually, the money’s being put back into it now. I think we’ve come back out of it and there is now theatre for everyone to go and see.

The biggest shame is that the Government have cut a lot of drama in schools. I think that’s ridiculous – I think it’s disgusting, thinking of the drama teachers that pushed me. At my old school, they’ve not cut it all together (and that was because of a lot of fighting with current students), but I do think if that had been ten years ago, I wouldn’t have had the opportunities I had then and I just think it’s such a shame because I think it does help, even if people don’t want to go into the industry as an actor – that’s a debate in itself. I think theatre is coming back though, and that is the only thing for me; that it’s coming back and there’s so much for everyone. It’s just a shame that in education, people think that the arts isn’t important but I think it’s so important and I’m the biggest advocate for that because I just think of the drama teachers I know that have now gone part time or been made redundant, it’s just a crying shame to me because they’re the reason why I’m working and why I’m speaking to you now. 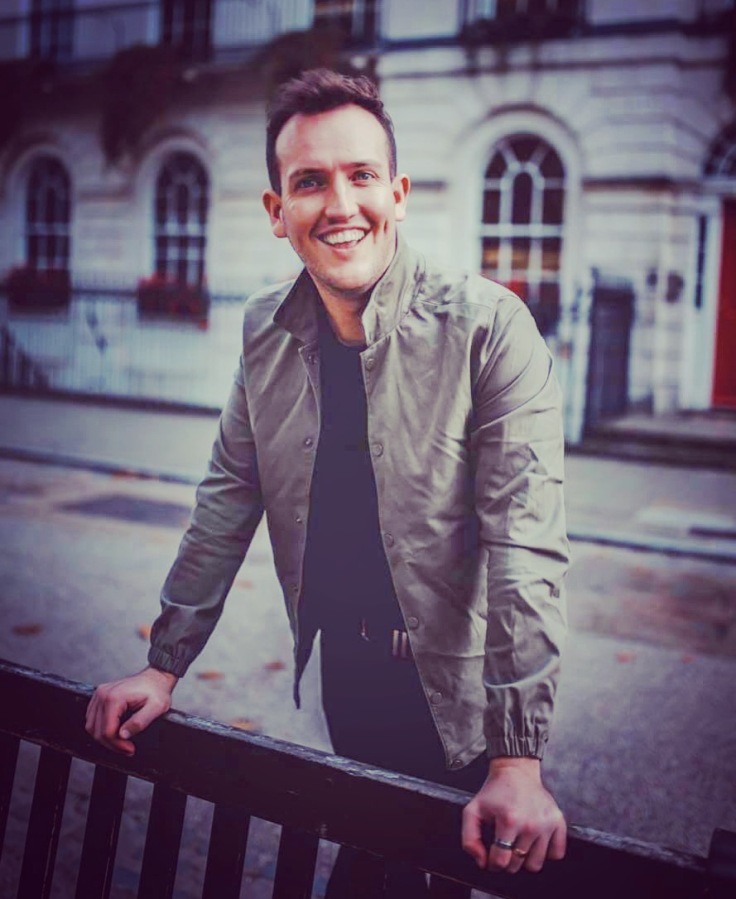 So there you have it, Matthew Warhurst can learn hefty parts in just over a week, has the skill to kill and thinks the Government should wake up to the wonders of the arts. Where can you see him next? He’s auditioning all over the shop and has those top secret meetings mentioned in Part I of his interview (read it here), so it’s a case of watch this space!