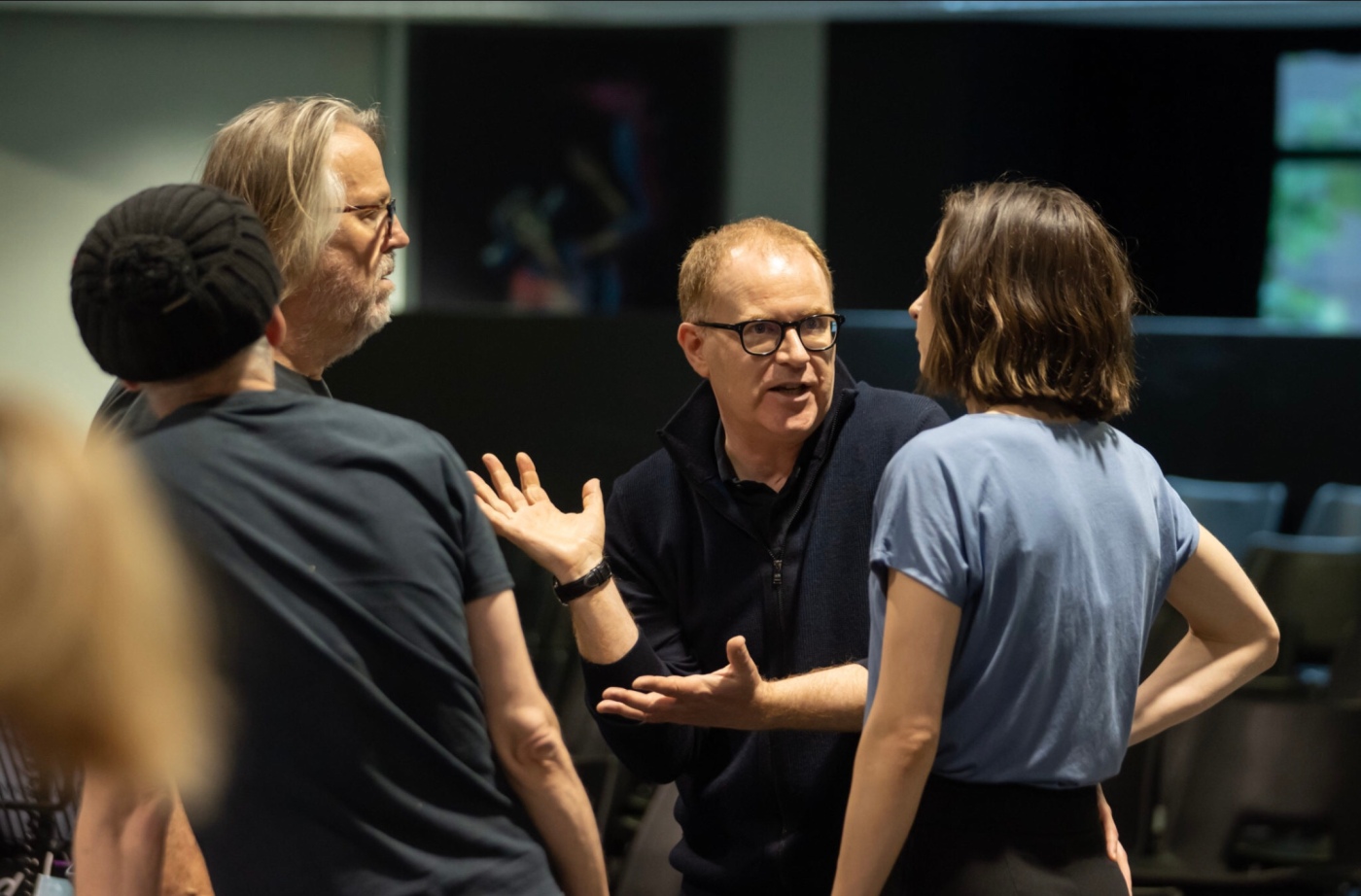 Girl from the North Country has already conquered the West End, Broadway and beyond. Now on tour across the UK, the show is set to stop off at York Theatre Royal from the 6th to the 10th of September. Here, Fiona Mountford, Theatre Critic at the London Evening Standard from 2002-2019 interviews playwright Conor McPherson.

On a shelf behind the desk in Conor McPherson’s agreeably cluttered Dublin office stands a row of CDs. The Beatles are in there, as are Black Sabbath and the Waterboys, but what catches the eye is a large gift box of Bob Dylan albums. It was this package, containing more than 60 discs, that Dylan’s management company sent McPherson for reference when the multi award-winning Irish writer/director came on board for the project that would become Girl from the North Country.

It was in the summer of 2017 that this gentle masterpiece, an elegiac and powerful study of family and poverty, love and loss, opened at London’s Old Vic Theatre. The acclaim was instantaneous; in my own five-star review for the London Evening Standard, I hymned the show as ‘beguiling, soulful and quietly, exquisitely heart-breaking’. It is set in a down-on-its-luck boarding-house in Dylan’s actual home-town of Duluth, Minnesota in 1934, when the Great Depression is biting hard. The stories of this ensemble of drifters and dreamers are elegantly intertwined with more than 20 songs from the unrivalled oeuvre of Bob Dylan. It makes for a potent cocktail that has wowed audiences both nationally and internationally, with productions on Broadway, in Canada and Australia.

In McPherson’s opinion, the show’s appeal is simple. It is the ‘universality of Dylan’s music, which is loved all over the world. He manages to distil his subjective experience into something people relate to. It has the strange, odd contrariness of people’s real thoughts and it’s a language which allows us to transcend our normal way of thinking’. McPherson’s aim was clear, he says. ‘We try and wrap our story around his music. Often I think of them as parables from the Bible in a way, all the little stories that are in the show. They are on a simple, human level, rather than being big political statements. It’s Dylan’s artistry that transforms it all into something meaningful’.

McPherson, known for haunting dramas such as The Weir and Port Authority, had never directed a musical prior to this and found himself revelling in the novel experience. ‘With a straight play, you have to make it work all the way through with just the people speaking. With a musical, someone says, ‘Would you like a blast of oxygen to give us all a break?’ and you go, ‘Yes, I would actually like that very much!’ Experience has taught McPherson that the first preview of a show, its debut in front of a paying audience, is of paramount importance in terms of future prospects. At the Old Vic, he ran backstage in that first interval to avoid audience chatter but found a tannoy system that relayed the ‘good energy, the alive buzz, like a hive of bees’ from inside the auditorium. ‘I knew then that we were going to be alright’, he says happily.

McPherson is being overly modest when he ascribes the success of the show solely to the music, as it is his setting and story that make for a transcendent combination. His vision, for a ‘Eugene O’Neill kind of idea’, came to him while he was walking beside the sea where he lives; it was a concept with which Bob Dylan was instantly enamoured. The Depression era is a time that continues to resonate with us, McPherson says. ‘We all wonder how we would cope when the chips are down, because that’s who we really are. When all the distractions of modern life are stripped away, people think, ‘How strong am I?’ The truth is that humans are very resilient and we don’t need a lot of what we think we need. That’s a good thing to know’.

It’s not hard to spot the similarities between this and the strange lockdown times from which we have recently emerged. How did McPherson fare? ‘I think it depends what age you were when lockdown happened’, he says. ‘I’m 50 now and I am old enough to know that I have the resourcefulness to get through something. Playwriting is a very up and down career, so I think I have discovered that although life is short, we take the long view. You have to’. When not mulling on the meaning of life, McPherson enjoyed getting stuck into Maths homeschooling with his daughter.

I tell McPherson I entertain a gentle whimsy that he and Dylan are now the best of buddies, meeting up for regular guitar jam sessions (McPherson has been a keen guitar player since childhood and these musical skills proved of great use initially when he was working with the show’s orchestrator). ‘We’ve only ever communicated through his management and have never spoken directly’, he tells me. ‘We’ve had a lovely artistic correspondence and the way we have it now works perfectly. He sent me a beautiful painting of his’. McPherson has nothing but praise for the creative free rein that Dylan has afforded him, leaving the writer to select the songs he wanted to include in the show. ‘I didn’t have any preconceptions’, says McPherson. ‘I listened to everything and thought I’d see what spoke to me. The ones I latched onto I brought in. It had to be that kind of instinctive, personal feeling’. Girl from the North Country derives its unique power from strong emotional responses such as these.

How many times has Bob Dylan seen it? McPherson smiles. ‘He’s such a mysterious person. He claims he’s seen it a few times. I know that he saw it in New York in 2018 and spoke to our cast afterwards. That first time he snuck in and sat up the back with a hoodie on. I think he nips in and out and doesn’t make too much of a fuss’. Dylan sent the cast a note when the show reopened on Broadway after a Covid-enforced closure. It had originally opened in New York in March 2020 after a lengthy preview period and managed just six performances before the theatre world, and indeed the world in general, locked down. McPherson was grateful it at least managed to make it that far and he got to endure the ‘Garden of Gethsemane’ ritual that is the playwright’s opening night. ‘It’s the first night you’re not taking notes’, he points out. ‘Whatever happens, this is it. You have to let it go’.

McPherson abounds with hopes for the 2022 tour, into which he has added another two songs (‘I think we’re at our limit now!’) His aim has been to pack the cast with performers who ‘move the air when they come on’ and wants the audience to take away with them ‘an emotional catharsis, a feeling of the mystery of life as they understand it’. Although he has two new ideas for straight plays bubbling away, McPherson says that Girl from the North Country has dominated the past five years in a way that is ‘always absorbing and always interesting’. I have a strong feeling that there will be quite a few more opening nights to come and with them opportunities for Bob Dylan and his hoodie to turn up at the most unexpected of moments.