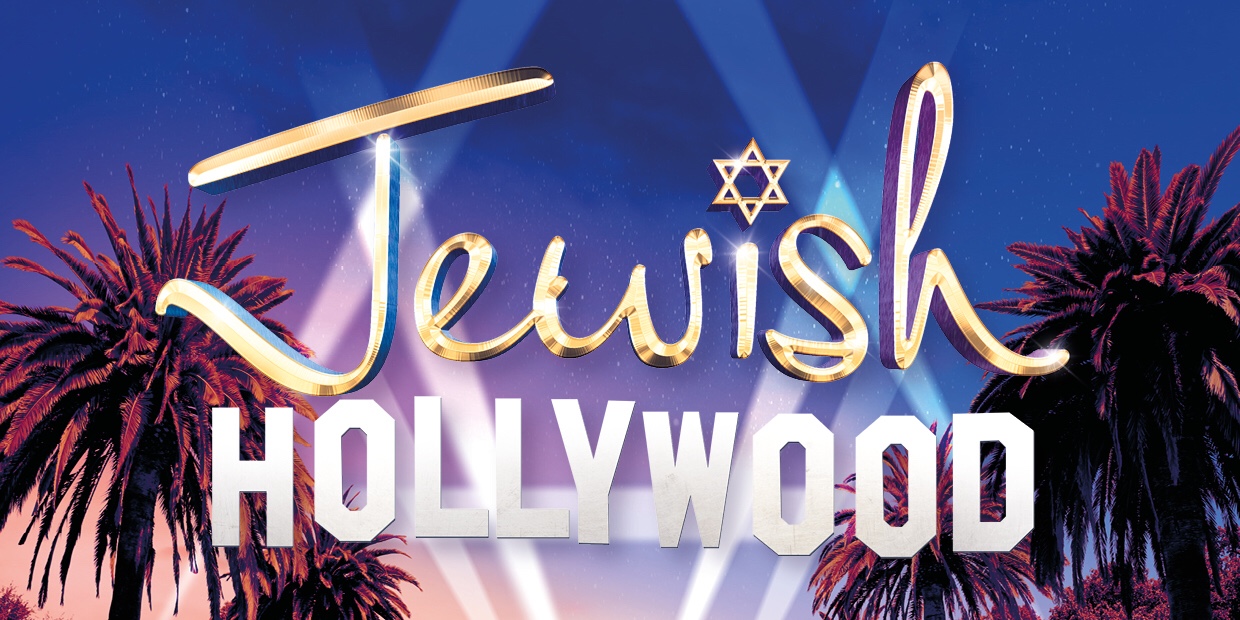 When I was a teenager, I was taken to a production of Spamalot, the Monty Python musical. Already a fan of the soundtrack, the decision to alter one of the songs was immediately apparent. Clearly afraid of offending too much, the song “You won’t succeed on Broadway” had its punchline changed from “if you don’t have any jews” to revolve around “stars” instead.

At the time, this north London Jewish teen found the decision to be gutless and turned a reasonably funny ditty into a pointless digression of the musical. I think Chris Burgess, writer of Jewish Hollywood, would go further. He’d consider it erasure.

Correcting the record on erasure of the Jewish role in building Hollywood is Burgess’ express intention on his whistle-stop tour of the annals of Jewish musicals. The entire production is dedicated to informing the audience on just how big a role Jews have had in building the Hollywood we know and love today.

I don’t believe that people are under the impression Jews haven’t had a big stake in the early days of Hollywood, and if approached as a reveal of their role, there are probably other marginalised groups who are more frequently overlooked. But this isn’t really the point of Burgess’ show. Instead, Burgess’ intention is a direct look at the stereotype that Jews run Hollywood, and instead of meekly shying away, he openly celebrates the revolutionary work Jews’ brought to cinema.

As a fun celebration of all things Jewish and Hollywood, the show is a success. In the Gatehouse Theatre in Highgate, its success is also found in that it reaches London’s Jewish community and provides a fun night out you can even take your alter kakers to.

The tone throughout is a fun romp through classic hits. The music, performed by an excellent and tight band directed by pianist Amir Shoenfeld, anchors the narrative that moves from the dawn of the 20th century with Klezmer influenced sounds to the Sondheim era musical numbers at the tail end of the show.

Although the historical tale does deal with difficult topics including the Holocaust and how Jewish producers removed mention of Jews from films to appease the German film industry, the light tone is never too interrupted. The show doesn’t confront the topics but explains them concisely in order to get back to the matter at hand… the songs!

The only time I felt the jovial tone left something lacking was during a performance of Kol Nidre in a section detailing the plot of The Jazz Singer. Although busy with the synopsis, I would have liked to hear more of one of Judaism’s most beautiful tunes.

The cast all delivered impressive performances. Jack Reitman made for an excellent storyteller and Howard Samuels shone with his impressions of Groucho Marx and Charlie Chaplin. The two standouts were Mackenzie Mellen and Sue Kelvin. Mellen’s vocal performances were brilliant and she captured her Streisand moment with bravado. Kelvin was a knockout with her Yiddishe schmaltz and a performance of “He had refinement” that gave me shades of the grandmother in Crossing Delancey. The ultimate comic Jewish performance as far as I’m concerned.

The crowd came most alive for popular hits from Fiddler on the Roof and Hava Negila, but even the more esoteric songs – including The Final Road with lyrics translated by Burgess – were appreciated. Jewish Hollywood is a great evening for anyone who’s a fan of Hollywood musicals and fancy an enjoyable time learning about Jews and showbiz.

Jewish Hollywood plays Upstairs at the Gatehouse, Highgate until April 17th, 2022 – you can find tickets here.

One thought on “Review: Jewish Hollywood”