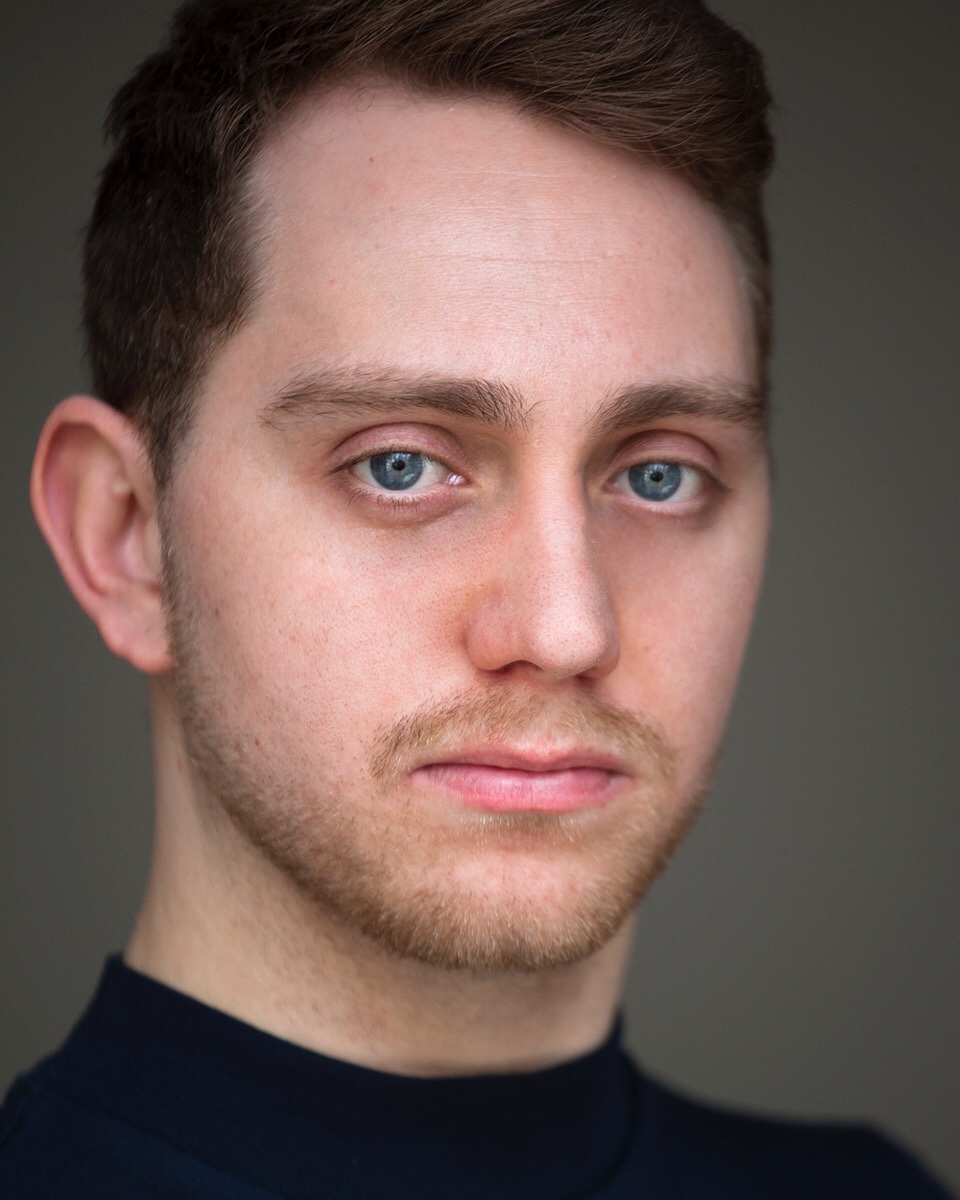 Panto season may feel unrecognisable in 2020 but it is very much still happening, just a little differently! Such is the case with the Arts Centre Hounslow’s Red Riding Hood… After initially planning both live and streamed performances, it will now move forward with live streams until Sunday 20th December 2020 before remaining on demand for the duration of December. Philip Ryder and Jonathan Ashby-Rock have produced their latest offering despite all challenges, guaranteeing some welcome panto cheer. I caught up with Jonathan to talk all things penning pantos, rolling with the COVID-punches, and the joys of community engagement…

Along with Philip Ryder, you wear many hats, from running the venue to co-writing the scripts to treading the boards… How have you managed to juggle those roles in such a shifting landscape this year?

It’s been a lot of work this year, it’s always a lot of
work, but this year has been a lot more complicated.
There is a mountain of underlying paperwork and risk
assessments for us to fall back on if there are changes
in restrictions. We’re used to wearing many hats
though, it goes with the territory of working in a small
to the mid-scale theatre, you have to be prepared to
muck in wherever is needed. We are used to getting
our hands dirty in all areas, whether it is cleaning,
technical, or the artistic side, you’ll find us in all areas
of the building. We’re often found pouring pints in a
particularly busy interval.

Impressive! And despite all challenges, you’re determined to make sure that the panto, Red Riding Hood, runs in whatever form it can this year. What prompted you to keep going when other venues have reluctantly hung up the bustles and wigs for the 2020 season?

We were keen to keep going and fortunate enough to
get the support from our local authority to do so. We
have spent five years working with little to no funding,
and we landed a good funding bid for artistic activity
across the next few years in March. Having the
backbone of working with nothing, we are used to
making very little go a long way, this has really helped
this year and made the production possible. We were
also determined to use the shifting landscape as a
foundation to create something new and innovative,
and also to allow families to immerse themselves in a
completely different world. We’re delighted with what
the team have created, it really isn’t something that
our audience has seen before.

With the distance of your audiences via screens, you’ve also planned a range of ‘wrap-around interactive events’ for online viewers along with some activities around the borough of Hounslow – what can you tell us about those events?

It’s a really exciting journey for audiences to engage
with. Once purchasing a ticket, which is pay what they
decide if it’s streamed, they will receive a case file and
an email from Detective Riding Hood. From here,
audiences will be able to work through the case of the
escaped wolf and try to figure out who helped him
escape. This is all then wrapped up in the show.
There is a local version which has some exciting things
to discover across the borough of Hounslow, and then
there is also an online-only version for those that are
unable to get to the borough or live further away.

Great stuff! Now, you’ve been responsible for entertaining The Arts Centre Hounslow panto patrons for six years now. With all that experience under your belt, what would your top tips for up-and-coming panto writers be?

A panto is only as strong as its weakest joke. Keep it
fast, and be prepared for gags to get out of date
quickly. Don’t be too precious about what you’ve
written, no matter how much it breaks your heart to
watch the slapstick scene you spent months writing go
down the pan, the show always must come; first, it’s
about the audience, particularly the young ones, and
not any of the creative team or cast.

Amazing things are always discovered in the rehearsal room, make space for these, they play to the strength of the cast members, the two jokes that became catchphrases and
have ended up in shows years on both came in the
rehearsal period and not in the original script. If you
can write something that has three generations of a
family laughing together, that’s when you have
succeeded. That should always be the aim, panto is all
about bringing families together and having a great
time together.

And is there a useful short-hand now after all those
years working side by side with Philip Ryder – finishing each other’s punchlines and the like?

There is undoubtedly the sixth sense, we get a lot done
without even talking about it. We lived together for a
long time as well, so at this point, our relationship is
more that of brothers than friends or colleagues. It’s
been a long and bumpy ride, but we wouldn’t change a
thing, and we are always looking for what’s next, what’s
new and what other people aren’t doing! We are older,
wiser and have a lot more experience behind us, but
the excitement surrounding a new idea or production is
as exciting as it was the first time ten years ago.

I’m also interested in the finer details of the panto
magic process here… How do you go about re-vamping
classic tales while integrating popular songs and pop
culture must-mentions? What’s the general process for
deciding what makes the cut?

The stories have stood the test of time because not
only are they great, but they are also adaptable. Titles
such as Cinderella have wonderful characters that can
arrive in so many shapes and sizes, two theatres two or
three miles away from each other can perform the
same title, with the same characters, and the same
storyline, but it will be completely different, and both
will probably be wonderful. Panto leaves the
opportunity for an unrestricted amount of fun, and the
spirit has been passed down from generation to
generation.

I was fortunate enough to have made my panto debut in Hull in 2007 at 17 years old working with the Grumbleweeds, I learned so much, just by watching them every night. Robin and Graham taught me so much about panto and comedy without even knowing they were doing it, they made me fall in love with panto, and I’ve been lucky enough to have done it every single year since. It’s essential to make sure you decide what your story structure is going to be, what happens at the core of the story you’re trying
to tell, and then stay true to that. If you end up veering too far away from that path, in true panto fashion, you
will end up lost. We have learned that the hard way, but it’s also essential to be your own critic, you can always be doing something better, and that’s a good thing, knowing that you have space to grow is brilliant, be proud of what you’ve done, but work to make it better at every stage!

And your multi-platform take on Red Riding Hood
certainly packs some left-field re-vamps… from The Big
Bad Wolf being an escaped convict to Little Red finding
new purpose as a ‘wannabe detective’ who needs to
track down a mysterious wolf-accomplice, what can you
tell me about the influences behind this year’s
material?

Weirdly, Childish Gambino was our starting point. He
created a fantastic transmedia world in a piece called
“Because the Internet” this inspired us to create a world
rather than just a show. From here we tried to find a
story to tell that would take an audience member
through multiple landscapes, since we had the Big Bad
Wolf, it made sense to use the Three Little Pigs as a
focus point. We then wrote a new story about four
Princes that would lay our foundations for this new
world. We walked through Kew Gardens to find new
ideas, they have a lot of different areas inspired by
cultures or regions of the world, this really helped us
mould our world as we walked around and
workshopped ideas.

Laura Hannawin then came on board, and we added all of the detail. There is a lot of detail. The amount of online material we have and character backstories are so well developed; it is like having every audience member sitting in a front-row seat and already knowing loads about the show.

With six years of panto success to lean on, what would
you say lies at the heart of the continued success of
pantos large and small across our villages, towns and
cities?

Definitely the sense of community ownership! People
love to tell you of how their local panto is the best in
the land, and we love that, it’s exactly how it should be.
If you’re doing it properly, a panto will be full of gags
that only locals will get, and this won’t affect the person
that’s watching and isn’t local, these gags will just go
over their heads as the euphemisms do the children’s
heads.

A few regular cast members also help, our Hounslow audiences feel that they know some of our cast well, probably because they have been able to get familiar with them. When somebody doesn’t come back that has been there for years, we always get people enquiring as to where they are. That has been tough this year as a couple of our leading players have left the industry to retrain, not in cyber, but it really is a great shame to lose such talented people, and they will be missed by company and audience.

It’s certainly never going to get any better hearing about those losses within the industry.

Finally then, in just one sentence, why should audiences tune in to see your production of Red Riding Hood?

It’s fast, it’s farcical, and it’s like no other panto in
the land.

So there you have it! Remember, Red Riding Hood live streams until Sunday 20 December (more information and tickets here) following which it will be available on demand until December 31st 2020.