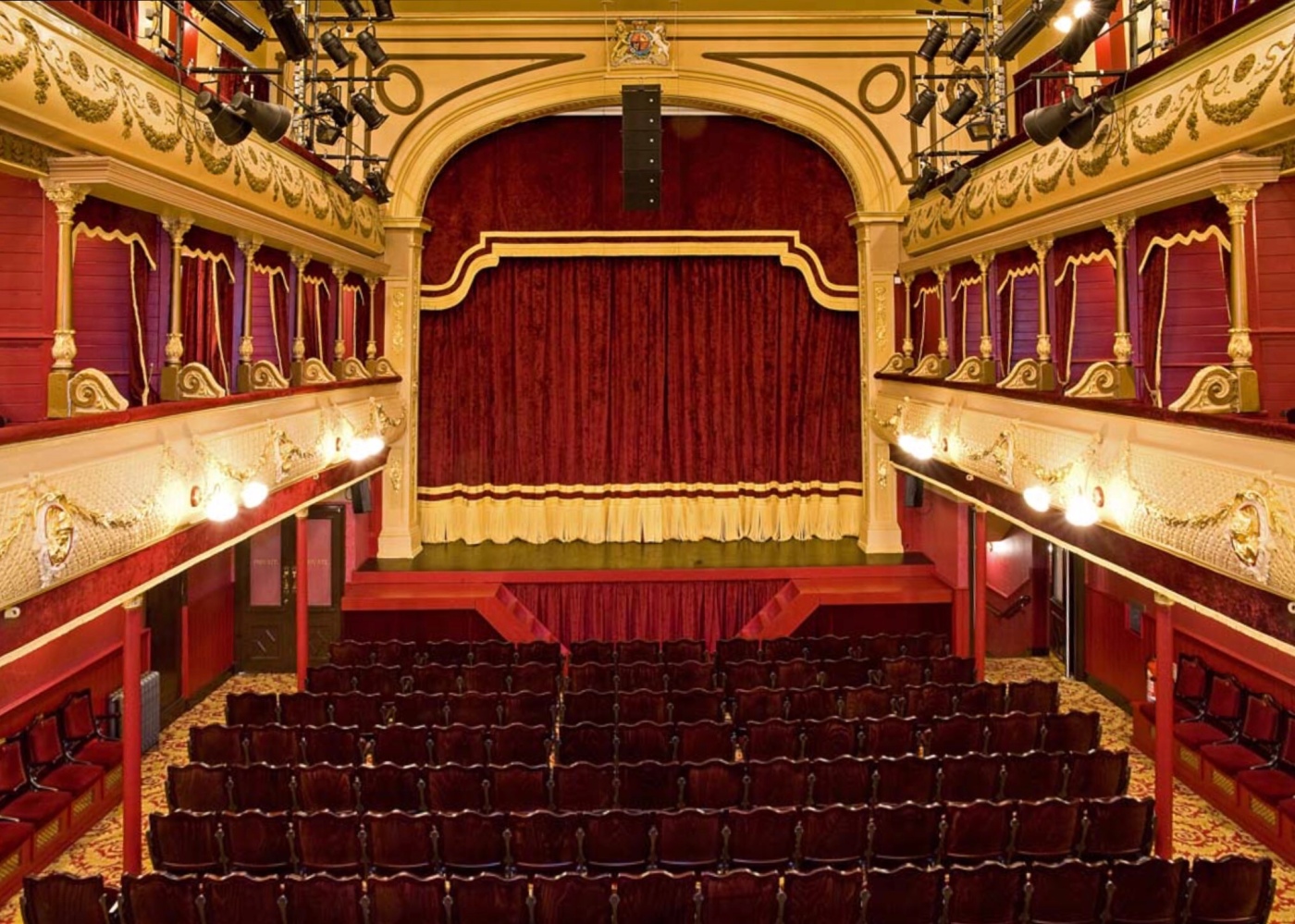 Tucked away up a little side street in the centre of Leeds lives a real gem – a building which stands as a testament to the longevity of the arts: The City Varieties. The venue holds the grand position of being ‘the nation’s longest running music hall’ according to Guinness World Records in fact. Entertaining the people of Leeds and beyond for the last 155 years, the City Varieties has seen an awful lot since opening as a ‘room above a pub’ geared towards the working classes in 1865. Here’s the rundown of five things to love about this long-standing and much beloved house of entertainment…

1. The building. A recent announcement from a trio of venues has reminded audiences that Leeds Grand Theatre and Opera House, the Hyde Park Picture House and Leeds City Varieties are all run by one owner – recently rebranded as Leeds Heritage Theatres. While I’m yet to clap eyes on Hyde Park Picture House, my love for Leeds Grand is well known and it seems very fitting that two of Leeds’ longest running performance houses should be sisters in arms.

And how has this sisterhood benefitted the City Varieties? Well, the investment Leeds Heritage Theatres have procured to refurbish and maintain their buildings is staggering. Just like the Grand, The City Varieties is treated with tender love and care, benefitting from a costly £9 million restoration period in 2009-2011.

The money was evidently well-spent, allowing the theatre’s sense of history and nostalgia to shine while making sure that the building doesn’t fall into the ‘old, lovable but a bit worse for wear’ category. From the modern foyer to the carpeted stairways with their proud display cabinets and into the cosy 467 seat auditorium itself – complete with its traditional curtained boxes and plush seating- the theatre is a beautiful one to visit. It’s a space which marries past and present in the most generous of ways and there’s no denying the sense of sepia memories lingering in that auditorium.

2. The programme. Well, The Varieties certainly lives up to its name. Once upon a time hosting the likes of Harry Houdini and the top stars of the variety touring circuit, this venue continues to host a vast array of live comedy, music and variety acts and all at impressive prices, particularly for a venue operating in 2020. Listings are strong particularly in the realm of comedy, with recent City Varieties board-treaders including Dara O’Brien, Tape Face and La Voix. And where did Sting choose to hold his launch for musical The Last Ship? You guessed it – what an afternoon that was!

AND, not one to miss an opportunity to offer as much variety as possible, the venue even branches out into cinema mode, hosting National Theatre Live screenings to offer a particularly unique setting for audiences to enjoy filmed productions. Best of all though?

3. The panto. The City Varieties’ Rock’n’Roll brand of pantos is both well established and passionately loved by loyal and returning audiences. I saw my first City Varieties panto last year (Rock’n’Roll Red Riding Hood) after listening to Leeds locals rave year on year, and I confess to falling in love with panto like never before. Embracing the best of traditional elements while well and truly shaking things up in its own uniquely anarchic way, I’d recommend this venue and their famous brand of panto wholeheartedly. I can’t wait to see what’s next!

4. The History and the lasting appeal. It’s impressive to think of the seismic social and historical changes seen by this building. To think this venue and its sister, just a wide stone’s throw from one another in the heart of Leeds, would have been entertaining locals in separate and intertwining spheres is pretty fascinating to me. Could those early patrons of the City Varieties have imagined the evolution from Houdini and traditional circus acts to Rock’n’Roll pantos and such?

Regardless, these days, the venue remains most famous for being home to the BBC’s Good Old Days between 1953-83, but the City Varieties continues to make history on screen… Thanks to the dedication to restoration and its impressive, well-documented history, the venue has attracted a number of location spotters, bringing the likes of Peaky Blinders into the fold.

5. The Lockdown content. The City Varieties team took to lockdown conditions like few others. Very quickly, they launched the A-Z series, which saw the theatre’s social media pages posting daily snippets of history and quirky facts to give those of us desperately missing our favourite venues just enough of a daily theatre hit to save us from total cold turkey. It’s the kind of quick-thinking and adapting to the times that has surely helped to sustain this venue for its impressive 155 years. Head over to their Twitter page to catch up on all of those A-Z posts here.

So there you have it! Leeds is one hell of a lucky city to be home to so many wonderful arts venues. Other perks of the City Varieties include the running of a variety of learning and engagement programmes along with a fantastic Youth Theatre (recently adopted by The Grand) and the sale of superior ice cream brand Northern Bloc! O for a show and a matinee treat right now, eh?

Now, before you go… The Leeds Heritage Theatres organisation is a registered charity. With all three venues currently closed to the public, they are seeking support from those who are able to do so. Please consider donating to the theatres to ensure that we will be able to return to these fantastic venues when we are able to.

All image credits go to the Leeds Heritage Theatres website.

7 thoughts on “5 Things to Love About: Leeds City Varieties”