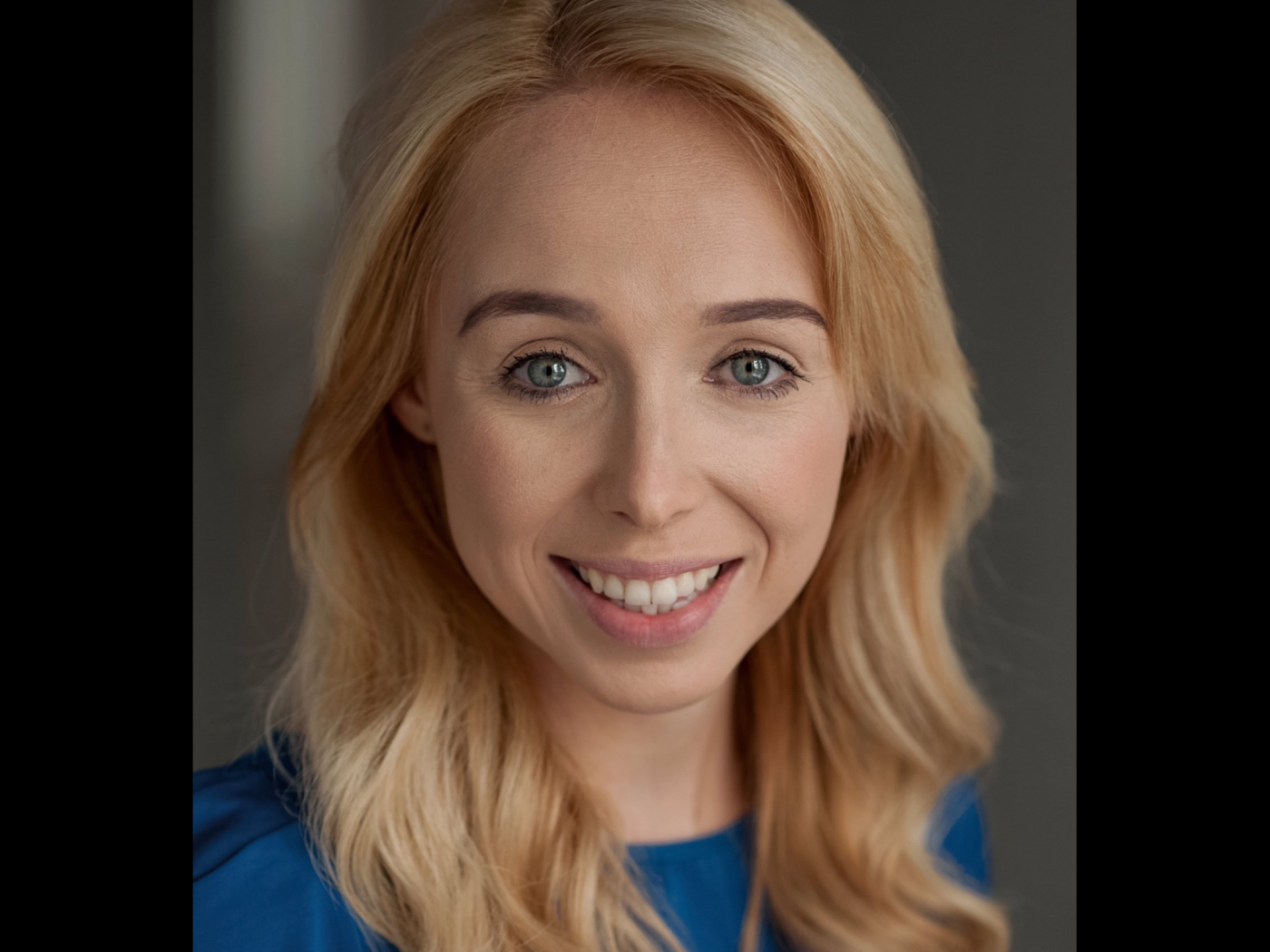 In Part I of my interview with Eva McKenna (read it here), we chatted about her role in Be My Baby and her career to date. Here in Part II, Eva and I talk about all things theatre – including some candid truths about the difficulties facing up and coming actors and some glorious on stage mishaps!

I think I started with musical theatre. When I was little, me and my mum used to go to everything and anything – and I still say I don’t know how she did it because we used to London all the time and watch all the big West End musicals in brilliant seats, but were not mega-rich or anything. But I look back, and you take it for granted when you’re little and now when I have to buy myself tickets for the West End, I’m like oh God! It’s super expensive! So I think musical theatre is where it all started for me, and as I got older, I started watching plays and more films and I was like actually, I like this a bit more than just the pure acting. There’s so many people but my favourite actor in the world is River Phoenix. That’s the big one for me – when I was 14 or 15 I was like who is this?! What is he doing? He’s fantastic. And now, there’s so many people that I love – I love Lily James, she’s wonderful. Who else do I love? So many musical theatre actors out there in the West End – people like Em Kingston – the whole cast of Hamilton – which I’m going to watch next weekend (this said with predictable and wholly acceptable gloating glee).

Lucky! You’re the envy of everyone with that one! 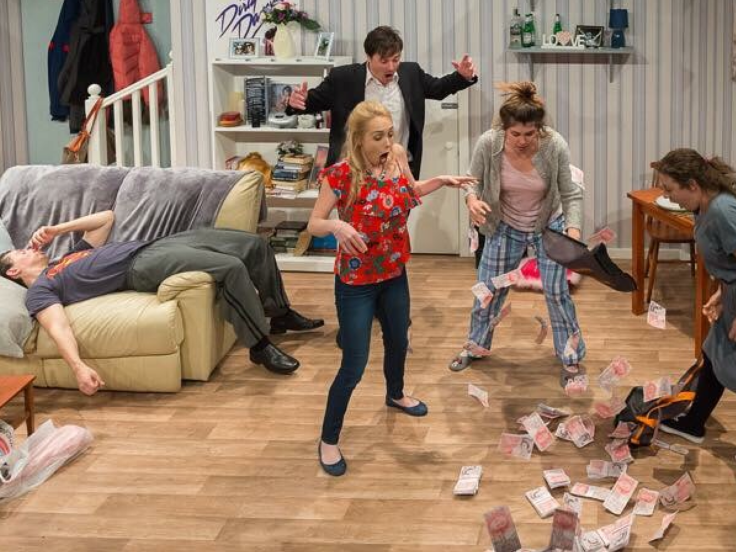 Do you have any hidden talents that may find their way into a future Show?

I started doing a bit of puppeteering when I did the Robin Hood Panto. I puppeteered Zippie from Rainbow, which was bizarre. I’ve done a few puppetry pieces over the last couple of years and I feel a lot more confident with that now. I can also hula hoop really well – if anyone ever needs a hula hooping actor – I’m the one!

Next up: etiquette debates – worthwhile or futile? Where do you draw the line? It’s a hot topic right now.

(Big groan here) Eurgh – it’s getting terrible! Oh my goodness – all over Christmas I was furious. I played Cinderella and my carriage flew across into the audience and up to the top circle. One day, I looked down, and there was a row of children playing games on their iPad. I was like: I’m flying in the air, if that doesn’t impress you, then leave – leave in the interval. There’s so many people on their phones and so many people talking – I think they think (some audiences, not all) – they think that we can’t see them. I think they think it’s like TV but if your phone is glowing in the audience, it’s because you’re on your phone; if it’s an emergency, leave to sort it out. When it’s a smaller theatre, or even if it’s an average sized theatre, we can see everybody, and it’s so distracting. I take it really personally because I just think it’s really, really rude.

I’ve had loads of occasions – I was debating this the other day – playing Cinderella, you can’t say anything without looking like a cow, but if you’re playing someone like the Dame or a comedy character, you can sort of have a pop. My friend is a Dame, and he’s fantastic – he always picks people out who are on their phones or having a chat amongst themselves. I know a lot of people have been doing it; I went to see Sunset Boulevard on Broadway in the summer and Glenn Close had apparently called people out for filming and texting – I don’t know if I agree with that. I mean it’s obviously frustrating and she can do it because she’s such an established actress and in panto that’s different because you’re breaking the fourth wall all the time, but I think in a play when things are more dramatic and serious, it breaks the fourth wall and I feel like it takes you out of it a little bit. I just think front of house people need to be so much more on it – I’ve been to some theatres where they’re walking around with their torches and they’re shining it in your eyes because you’re on your phone and I’m thinking – good! Have you found that to be more the case with panto audiences, with it being that jolly time of year and they tend to have young audiences? In terms of the phone issues you mentioned?

People are on their phones all the time – I mean, I’ll admit, I’m addicted to my phone but I know in the theatre, I know to put it away because I know how frustrated I would be. You can see people going into their handbags just having a little check to see if anyone’s text them or maybe answering a text, but even if it’s in their handbag, the light’s still coming through! It’s definitely more so in pantomime but I’ve seen it both on stage and when I’m in the audience. I think my friend came to watch me in Be My Baby and he turned around and shushed someone because they were just having a conversation among themselves. It is happening and it’s really really annoying.

Funnily enough, at the Be My Baby performance that I saw, a woman on the row in front of me, I kid you not, in a dark auditorium when they couldn’t even see anything, tried to take a selfie with her friends – while you were all up there on the stage – pure madness!

No! Really? Oh my Goodness.

I know – ridiculous – because people clearly think you can’t see! Now then, do you have a best ‘the show must go on’ tale?

Oh my goodness, yes! Just trying to think of my best one… there’s one from Be My Baby actually, which didn’t really involve me, but I had to sort of keep things afloat. Do you know the bit where the matron locks the two girls in the room and that’s when she ends up giving birth? Well she slammed the door, but the stage was on a rake and the door just swung back open – but the whole scene is reliant on the door being locked and I think the girls were just like – what do we do?! Everyone was kind of laughing, and I think Brooke shut it and I was off stage and I army-crawled down the corridor so the audience couldn’t see me, and held on to the door, leant down, just completely vertical, and held onto the door for the whole scene, so that it wouldn’t swing back open. So it was just me and the stage manager on the floor, completely vertical, trying not to laugh – just holding the doors so the girls could carry on with the scene, because otherwise the whole play doesn’t work because they haven’t been locked in!

Now that’s certainly taking one for the team! But then I did panto at Easter, and in the panto, there’s a scene where a wall comes on, and it was me, and Robin Hood, who was played by Gareth Gates, and my friend Ryan was the comic. So we’re all singing this lovely song and they’re pushing each other off the wall to get the attention of the princess and at the very end, they knock me off the wall. But as I fell off the wall, half my skirt stayed on the wall and ripped completely. It ripped, so I was holding it up and the song finished so I came to the front and I just quite openly said ‘my skirt is ripped’ and the whole audience were laughing – there were about 800 people watching. And I went to fiddle with my skirt to hoist it back up and it just dropped to the floor – luckily I was in tights but I was like umm my skirt’s on the floor and everybody can see my knickers – I was mortified. Then the fairy ran on with a big safety pin. But it happened again later in the tour and then it happened again in Cinderella, and that was a completely different show, a completely different company and a completely different costume, so… skirts and me on stage are not good – 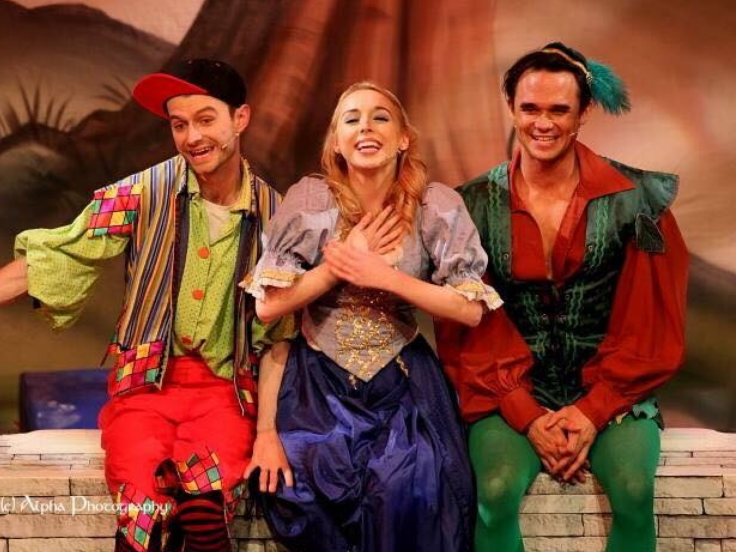 So a slightly more serious question now: if you could bring change in terms of opportunities in theatre right now, what would it be? What does theatre need?

It’s really difficult to say, but people aren’t being seen for things because of different circumstances; people aren’t being seen for things because they didn’t train at a drama school or people aren’t being seen for things because they’ve not got credits already on their CV. I have been on the other side, and I have done a bit of casting, and you do invite people in who don’t have training and don’t have a lot of experience, and they don’t do a good audition. Then I think uuurgh, I’ve brought you in because I wanted to give you the chance that I feel like sometimes I don’t get and you’ve not learnt your script and you don’t know what you’re doing – that is why people like me aren’t getting seen because you’re kind of giving us a bad name. But I think you really need to look at people’s credits and look at their reviews and do a bit more research because it’s just so hard to get in the room for auditions and they’re just giving it to be people who I’d say are more privileged. It’s really difficult to afford things – everything’s in London; I’ve been for auditions for shows that are rehearsing that are taking place in Manchester and I’ve had to go to London for the audition. I’m really money savvy but it’s difficult – you try and get a part time job to try and cover the cost of these things and then you end up losing your part time job because you’ve got an audition or you’ve got a job coming up. You don’t want to keep your part time job as a waitress and then not take a tour or a theatre job.

If you look at people like Lily James and people like that – and I doubt that they’ve come from working class families – and I get a lot of help from my family, don’t get me wrong, but I think there still is a stigma with people that have money who do it for longer because they don’t have to leave to get jobs to pay their rent and things like that, or people whose families are helping them out more, go further. I think more people need to be seen for more things but it’s difficult to say because you give people like that opportunities and then they come in and they’ve not bothered prepping for the audition and you think well why should we see people who haven’t trained if they’re going to behave like that? It just ruins it for everyone else but I just think that drama school isn’t the be all-and end-all; it’s brilliant, but there are a lot of other brilliant people out there who just couldn’t afford training without a scholarship or a bursary. So I’d say that – just giving more people a chance and then remembering the people that were a bit naff and not inviting them next time – but don’t stop giving people a chance.