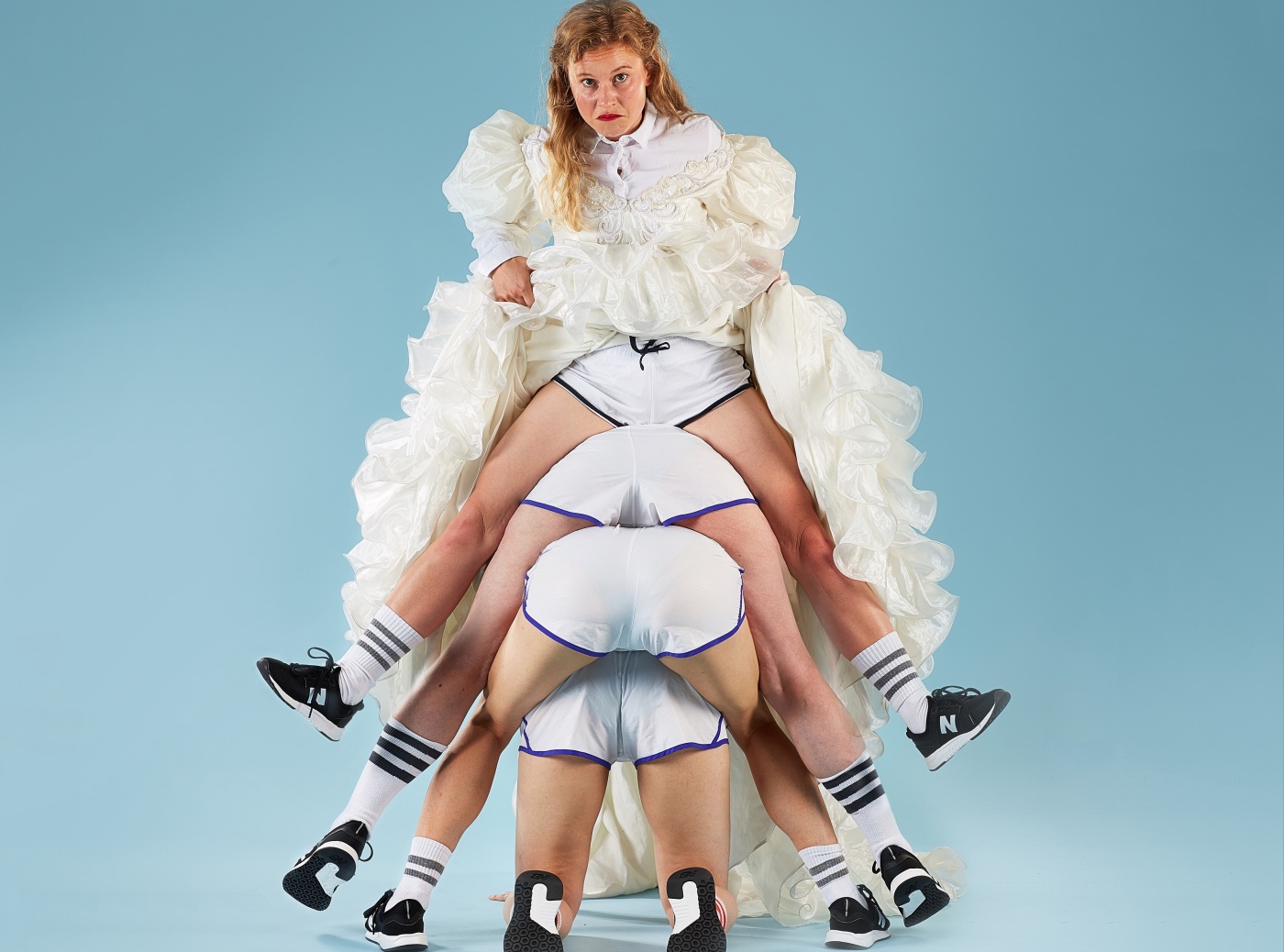 When you’re invited to a non-wedding promising a ‘radical and apocolyptic reimagining of some of our most recognisable ceremonies’ featuring a ‘concoction of wildly entertaining dance theatre’, it’s anyone’s guess as to what that will look like in a performance space. It’s certainly wildly out of the box and it’s absolutely a reimagining of something we might otherwise recognise, but it’s also quite difficult to follow as it has a slippery relationship with clear purpose or meaning.

This is Not a Wedding is devised by the Gracefool Collective and looks at ‘a generation’s experience of pressure, conformity and expectation’ – it’s two parts great talent made up of sharp dance sequences and comic timing and two parts completely indecipherable stage time. It definitely feels radical and there’s *almost* never a loss of the sense that there’s method to the apparent madness playing out, but at times it’s all a bit lost at sea without a paddle.

This company are known for defying convention and this piece is definitely contemporary and it definitely has teeth, with some sections packing a punch through movement which goes a long way in clarifying the spoken elements. Some of the spoken elements did more to frustrate and cloud meaning than we might initially expect – some of it was great, channeling that kind of awkward exchange we find ourselves faced with when trapped inside a never-ending family wedding, but it extends far beyond the relatable into something which feels altogether more time-filling than enriching.

It’s in the dance sequences that most of the impressive material lies, bringing movement which lingers somewhere between mania, fierce intensity and playful seduction to the fore with mesmerising contortions and synchronisation. The final exit is perhaps the most inspired moment short of the foolery with parading the big dresses. In fact, it’s in the photography and dress parading sequences that the most overt comment on the ceremony they are seeking to dissect arrives. In putting the dress under the microscope and the woman in it out of mind, the meaning is obvious for once, and that clarity speaks volumes according to the knowing laughter of the audience.

If nothing else, This is Not a Wedding inspires reaction and thought, and isn’t that what this kind of performance is all about? If you like your entertainment quirky and your theatre radically abstract, This is Not a Wedding should fit the bill. If you like your entertainment clear-cut and your theatre logical, maybe give this one a miss. The ratio of WTF moments to ‘ooooh, that’s clever’ moments isn’t quite balanced well enough for my liking, but there’s no denying that this is a bold company delivering bold experimental work which screams contemporary defiance into the ears of convention. With a finger raised on each hand. And a deadpan stare. With bared teeth. And a pretty dress for good measure, naturally.

This is Not a Wedding tours until October 10th 2019 and you can find tickets here.