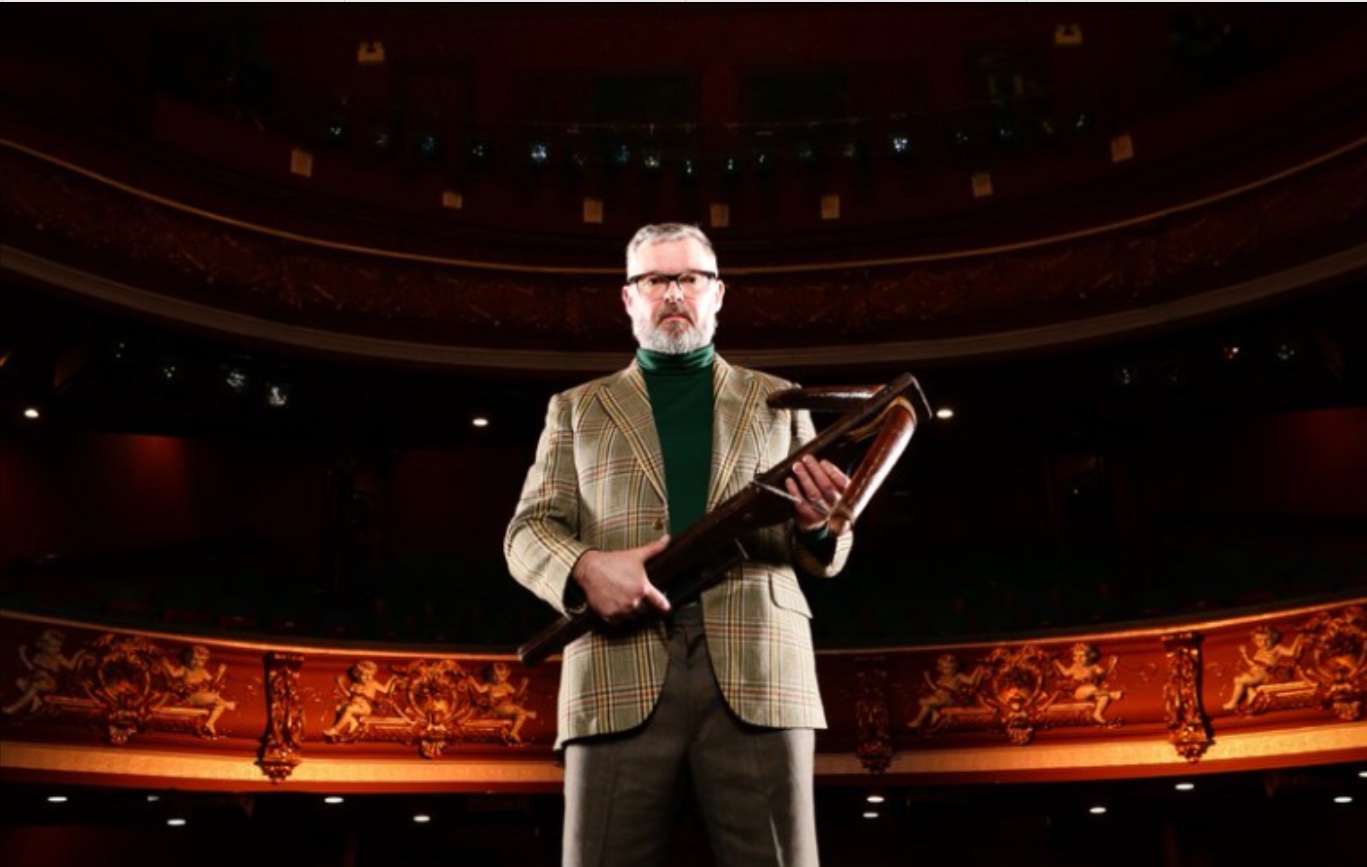 Ira Levin’s Deathtrap doesn’t so much keep us guessing but rather repeatedly flips the script and pulls the rug from under us. Levin has crafted a quirkily charming hybrid of thriller and comedy which takes the thriller genre and essentially combines a celebration and gentle spoofing of it.

Philip Stewart directs a very capable cast and Ross Walton leads as Syndney Bruhl, the celebrated writer now stewing on his last flop and struggling to tread water in the ocean of writer’s block. Joining Sydney is wife Myra whom Katy Dean plays with great heightened anxiety and a kind of pervading panic behind the eyes. Ewan Mellor is great as the optimistic young writer Clifford, the ‘victim’ of Bruhl’s plot to salvage his career and finances.

Janine Mellor gives the best performance of the night as the slightly whacky psychic Helga Ten Dorp, the unwitting muse of Bruhl’s latest script ideas. Mellor offers high drama with dramatic revelations but with a great comic edge. John Hester arrives to twist the threads further as the keen eyed Porter Milgrim, adding a wisdom to the art of revelations where Dorp only ever concerns herself with great expressive pomp.

The self-awareness of this play means that perhaps inevitably, some of the scenes ring quite hollow and seem to lose conviction but overall this is very nicely handled as a deviation from the norms of high tension thrillers. Twists are well written and beautifully brought into being by this cast and for a show which is essentially a twisting and turning jaunt with tongue firmly in cheek, the company does well to maintain the momentum of genuine surprises.

Marcus Hutton’s sound design is great, using distinctly discordant, eerie songs with a contemporary edge brings a welcome modernity to the production even if the music does seem to clash with the subsequent nostalgic aesthetic created by Geoff Gilder’s set and costume designs.

It’s difficult to say much about this play without inevitably saying too much, so I’ll simply say this: this is a cleverly written piece very nicely performed by capable cast. It sells itself on both its quirky meta approach and its playful twists on the thriller genre and it’s worth seeing for anyone who likes thrillers, spoofs or indeed both! I hasten to stress that this isn’t a thoroughbred spoof by any means, but it does take a jovial look at the defining features of this popular genre with a mischievous glint in the eye.