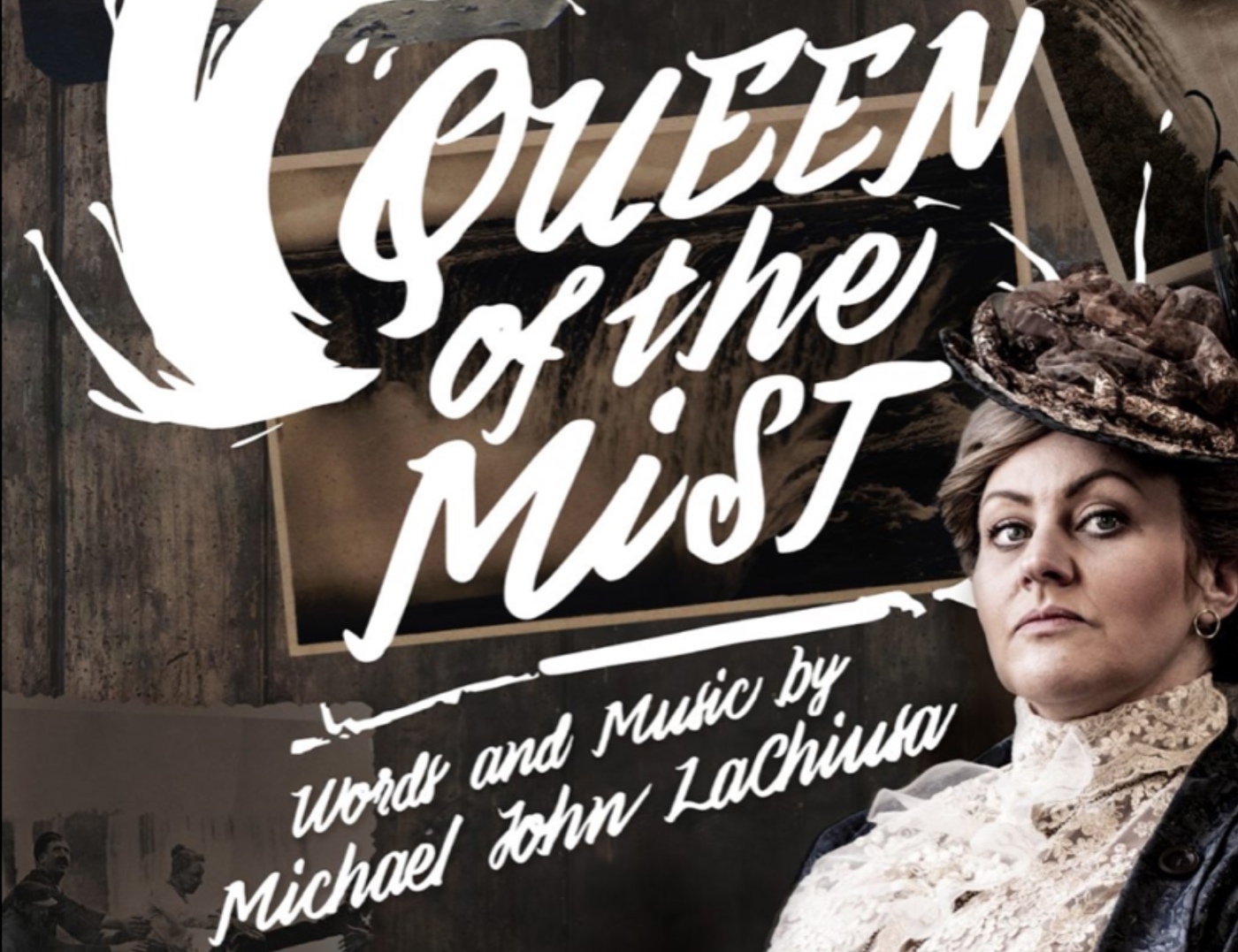 What happens when a woman goes above and beyond what others do in the same field, outshining the lot of them with an audaciously unwavering self-belief leading to unprecedented success? She doesn’t get what she’d hoped for, naturally! Such is the case in 1901 as it often is now and in Queen of the Mist, Pint of Wine Theatre Company recognise a particularly extraordinary woman: Anna Edson Taylor, the first woman to hop in a barrel, jump Niagara Falls…and survive…at the age of 63 no less.

Queen of the Mist sits daintily in a perfectly conjured time warp, with Beth Gupwell’s atmospheric smoke-filled lighting making way for the certainty granted by Tara Usher’s impressive Tetris-effect set design and Lemington Ridley’s gorgeous period costumes (original costume concept: Usher). We follow Taylor’s life across the years shortly before, during and after her feat and it’s not an easy ride at any stage, but the difficulties faced only inspire greater admiration for a woman so hell-bent on succeeding on her own terms despite the shackles of the era.

To begin, Trudi Camilleri’s Annie carries a Dolly Levi air about her – she’s got the gift of the gab and an undeniable charm. But Camilleri’s obstinate woman act embodies something much grittier, offering up an untamed fiery desire to escape her increasingly dreary circumstances before the more tragic elements arrive. And she’s funny too. Oh yes, and she has a voice as big and grand as her ambitions! Taylor isn’t always painted with flattering brushstrokes here and that works in her favour – to flatter would be to undermine her role as a rebellious, extraordinary woman of her time.

Camilleri is joined by a great company who take on a plethora of roles to bring this story to life. Will Arundell is excellent as the troubled, slippery manager Frank while Emma Ralston (who carries a striking air of Imelda Staunton about her, interestingly) impresses most notably (and vocally) as the uptight speaker Carrie Nation. Tom Blackmore is also notable, stealing hearts with both his gorgeous tenor voice and his turn as an uncertain young soldier and Emily Juler showcases some fantastic versatility as she dives from the trappings of the modest sister of Annie into the drink-addled garments of an entertainer who couldn’t spell decorum if it were printed inside her eyelids.

Michael John LaChiusa’s music sets a richly nostalgic tone but takes pleasantly surprising turns in style and sound (conductor & MD: Connor Fogel; Orchestrations: Michael Starobin) along the way and while some songs do feel surplus, others are beautifully pivotal. There is Greatness In Me, Types Like You, The Quintessential Hero, Million Dolla’ Momma and The Green are all glowing examples of this musical on top form and the company frequently delight with gorgeous harmonies – the Act One Finale is wonderful.

Don O’Hanlon’s direction sees the cast in constant rotation, and while there are times when momentum drops, there’s a sense of charming understated style in all we see which is ultimately very winning (though I do have to acknowledge that details like the increasing role of the large feline feel at odds with the general style established). There’s little here to detract from what is otherwise a bold and very beautifully told story of one woman’s fight for independence and dignity – at its core, Queen of the Mist recognises a complex, formidable woman and celebrates the mettle of women who dare.

Queen of the Mist plays the Charing Cross Theatre until October 5th 2019 and you can find tickets here.