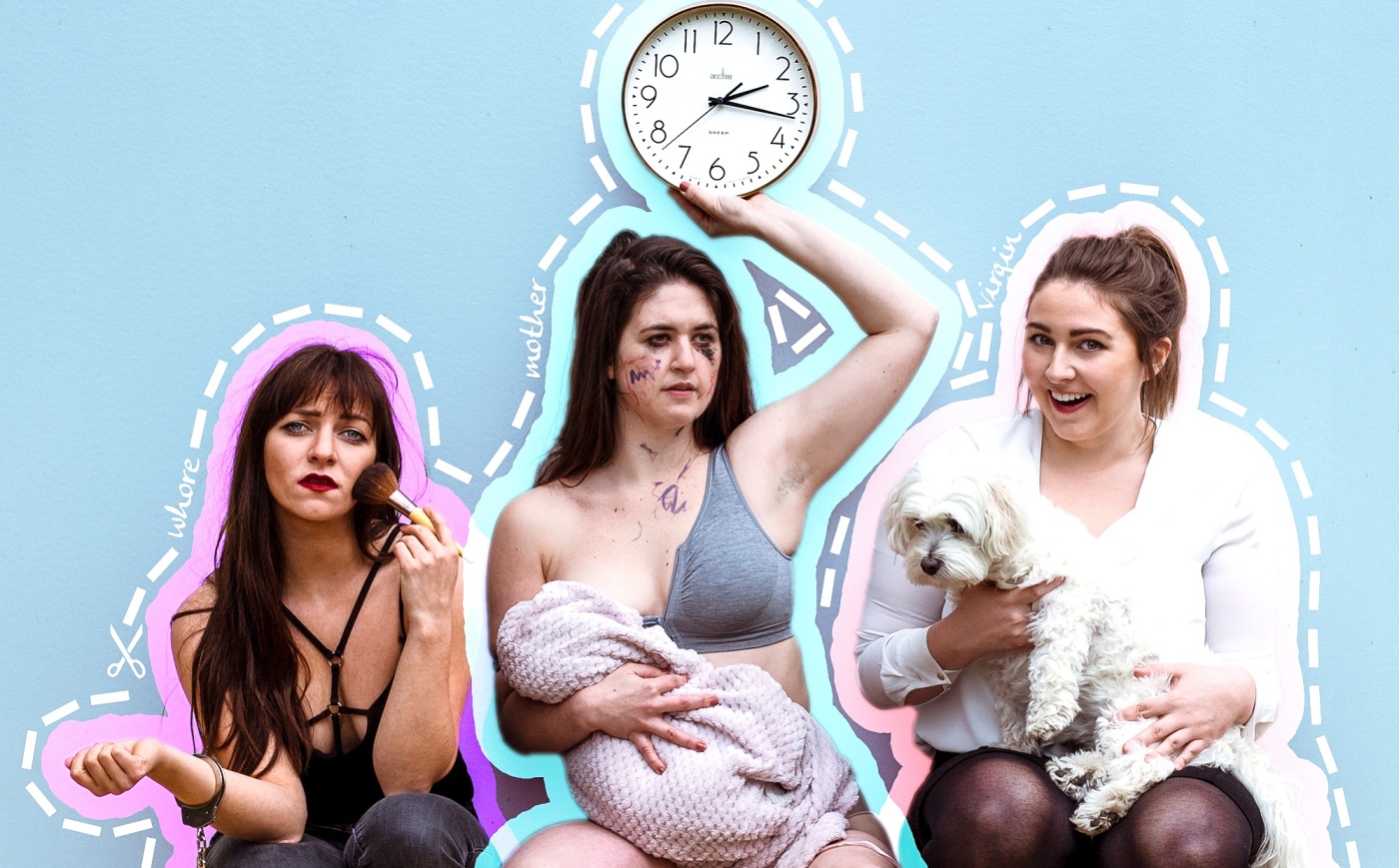 When It Happens combines powerful and topical issues spanning motherhood, sexual harassment, the ‘policing’ of women’s bodies and behaviours and the roles of women in general – more specifically, the oppressive roles of women. It feels reactionary and relevant but also a little too on the nose where it might have found more power in subtlety.

Director Kennedy Bloomer keeps things lively and engaging with great use of the studio space throughout. The premise is interesting, with three strangers finding themselves held in the same waiting room, each with an out-of-character story to tell. Today was an odd day for all of them for better or for worse – or perhaps a little of both…

It’s a strong cast carrying this narrative – writer Rachel Causer also plays a central role in the show alongside Roisin Bevan and Niamh Watson. Watson gives a particularly strong performance here as the character with the most engaging tale to tell and as the actor with the most versatility on display within the role – it’s a strength of Causer’s writing that she explores both the power and potential dangers of taking a stand. The trio do well to accompany the central narrative being told with quirky commentary and soundscaping on paralleled mics – everything from dogs to bottles of wine popping are conjured and there’s a great sense of cohesion in this approach.

Each character has a relatable story and our actors give great performances. However, when each of them reach their moment of dramatic breaking point, there’s too much similarity. It’s all well and good if your characters are put upon but the heights of rage three times in a row begins to feel formulaic and lacking in scope. This is a case in point where more nuance might have been more effective – it’s in no way about diminishing the justified anger of the characters, it’s about apparent missed opportunities to deepen the narratives by making their breaking points as individual as their stories.

When It Happens is well written and performed – there’s plenty of energy and fire given to the roles and there’s a good dose of humour underlying the pointedly of-the-moment themes. It’s a play which gives entertaining glimpses into different lives, reminding us that the grass isn’t always greener, our struggles are almost never in isolation and there’s hope in breaking free from the binds the hold us.

When It Happens plays the Tristan Bates Theatre as part of the Camden Fringe until August 3rd 2019 – tickets here.