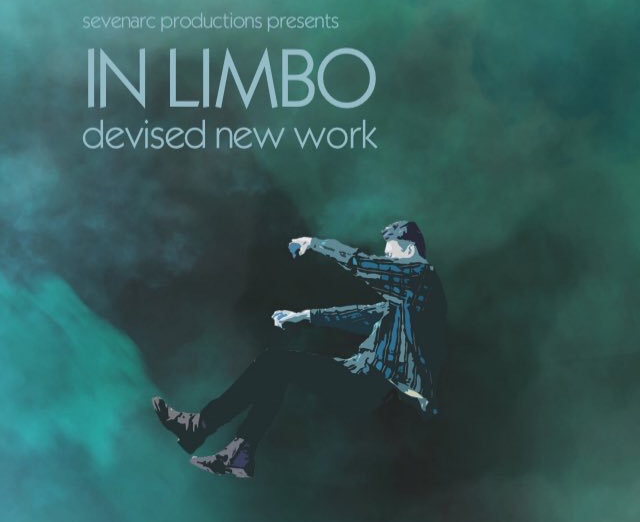 With In Limbo Seven Arc Productions have created a sensitive depiction of how poor mental health can escalate to suicide. It’s a piece of theatre which is quite rare in its field as it sidesteps high drama, refuses to fall into sensationalism and rejects visions of troubled characters in heaps on floors in floods. What it does instead is map out the slippery slope of depression and spiralling life circumstances in muted tones which make the drama of the narrative all the more powerful.

In Limbo follows the retrospective journey of a character as their life hangs in the balance. James is an introvert to begin with, and we know adult life in the modern world isn’t always kind to introverts and those living with anxiety. In Shaun Amos we find a gradually transforming man in a performance which convincingly plots the points of increasing distance between James and the events and people in his life.

Anna MacArthur appears to be both James’ inner conscience or self as well as his guide in this limbo. It’s a dynamic which seems to shift along with the narrative and is at times lacking in clarity but MacArthur offers a deeply sympathetic force into the mix of James’ deepening unhappiness. Her performance perhaps offers glimpses of how an inner strength may be battling beneath the surface of a growing sense of despair, willing them ‘to live until you feel alive again’.

James’ sister allows for the classic comparative contemplations. Both characters have experienced the same stresses and unhappinesses at home but they respond differently and their lives take different roads as a consequence. They may well come from the same background but their individual experiences within that environment differ and in turn, shapes them differently. Beatrice Hyde plays the sister as fiery and playful – she’s sympathetic but fed up and lacks the understanding needed to support her struggling brother.

Catherine Boyle is Beth, James’ sensitive girlfriend, who is undergoing her own disillusionments. Much like the sister, she’s sympathetic to a point but falls short when James’ mental health begins to encroach negatively upon her own, posing the dilemma of the aeroplane oxygen masks; do you see to yourself before attempting to save those you feel love or responsibility towards or help them first and put both at greater risk?

It’s interesting to watch this piece knowing that the company has worked closely with The Samaritans – anyone living in today’s hyper-aware society will be able to spot the triggers and the poorly chosen words of ‘wisdom’ from those who care about James. Even when trying to support, it’s so easy to undermine, unintentionally negate and escalate when characters aren’t aware of their words.

Like Flood before it, Georgie Staight directs In Limbo with an appreciation of both the power of realism and the impact of stylish physicality. There’s authenticity in the dialogue exchanges which pull you into the frustrations of the characters and there’s pleasing flair to the physicality of the segues between scenes – almost balletic movements illustrate growing distances and flared anger is fleeting enough for impact without over-emphasis.

In Limbo is a sensitive and well considered piece of theatre. It depicts a slow and silent death of the inner self in plain sight – and if the headlines are teaching us anything, it’s that risk of suicide is often masked in this way so as In Limbo attests, it’s time to pay closer attention.

In Limbo plays the Tristan Bates Theatre as part of the Camden Fringe until August 3rd 2019- tickets here.