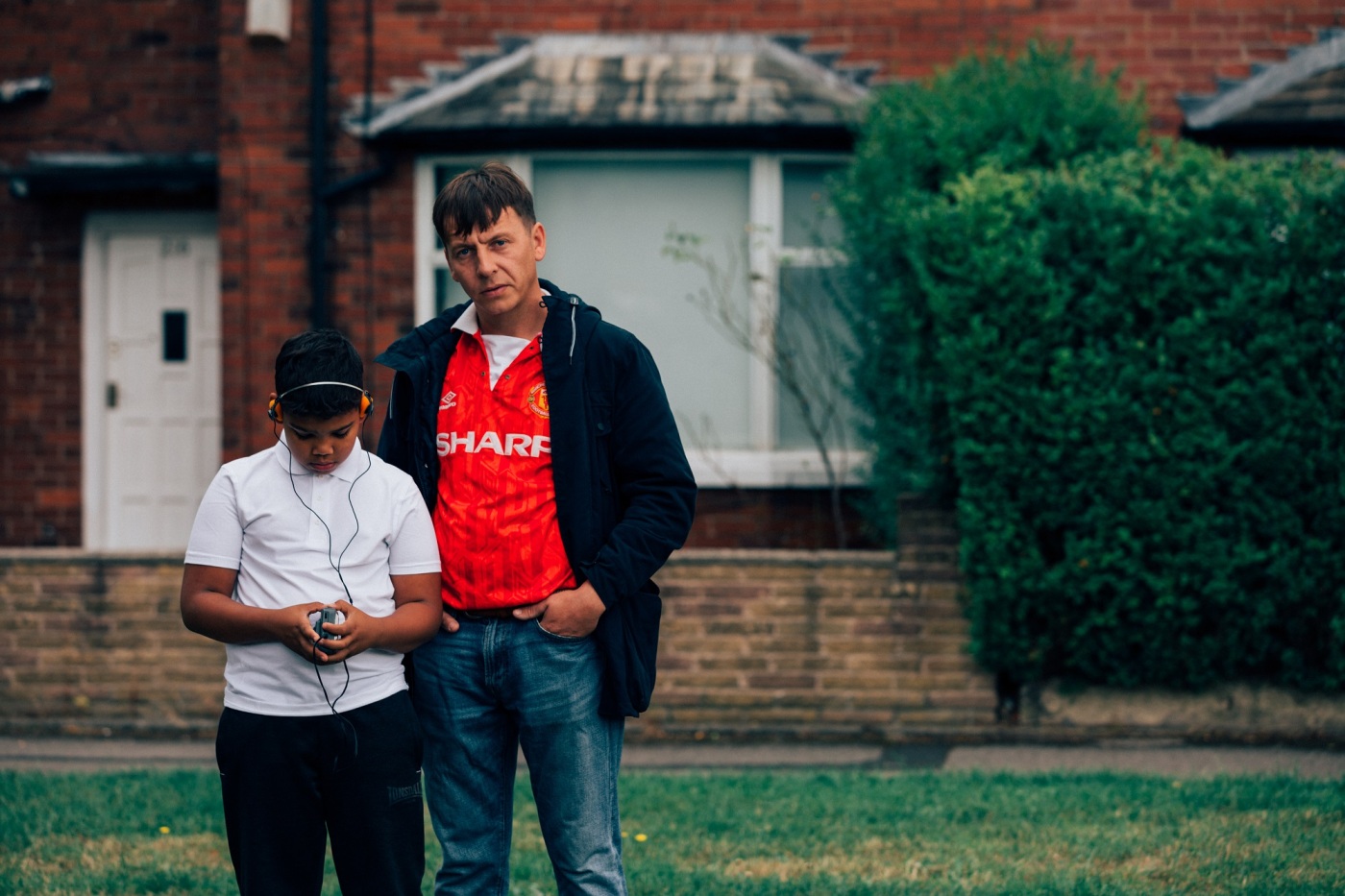 Sparkplug is the latest touring work from Box of Tricks Theatre;  a new play by David Judge which was a finalist for the Alfred Fagon Award Best New Play Of the Year 2017. It’s not difficult to see why.

The indefatigable Judge both writes and stars in this semi-autobiographical story in which we meet the easy-going Dave. It’s the 80s and Dave is cruising in his beloved Ford Capri listening to Rod Stewart. He falls for a girl already pregnant by someone else and finds himself the white father of a mixed-race boy.

Dave finds a lot of joy in the surprising direction his life takes him. He falls in love with his newborn son, becomes a doting dad and a fun-loving, prankster pal to the young David. But even as Dave worships the growing boy, there are underlying uncertainties which threaten the stability of this home life.

Judge’s performance is staggering. It’s incredibly physical, with him winding himself around and within a steel framed car chassis (Katie Scott) which doubles as something resembling a climbing frame. One minute he’s young David childishly mucking about, the next he’s the teenage Dave proud of his car and the freedom it provides. And alongside the character shifts, Judge is also voicing conversations between Dave and other characters, never missing a cue to switch physicality, accent or intonation, no matter how fast paced the exchanges are. Brilliant.

Much of the beauty of Sparkplug lies in moments of the unsaid, when the truth is clearly bubbling up but Dave just can’t give it voice. The script is also often beautiful, and when it’s not courting poetry in the name of exploring the complexities of blended families, it’s brutal and deeply unpleasant in its depiction of all the isms and phobias, prejudice and pain of 80s society.

Sparkplug is a narrative which builds and crashes down with explosive force multiple times. There’s a closing scene which packs a punch, yes, but the whole narrative pulsates with high drama interposed by humour and raw emotion. The dramatic events early on are mere warm-ups for the barrage of action, twists and intense rage the narrative is propelled towards. Judge gives a shattering performance when it comes to the anger, the betrayal and the desperation of Dave’s life, but he is equally affecting as the happier good-time Dave. There’s great charm in his playful swagger as well as in his sensitivities which crop up without warning.

The show unflinchingly looks at love, family, race, relationships, identity and pride. There’s much more to it of course, but Sparkplug is primarily an exploration of that sprawling and important subject matter. It’s a technically brilliant performance and Judge’s emotional and physical agility are stunning to watch. The story itself does at times get a little difficult to follow as we’re swept up and out further and further into the sea of Dave’s many trials, but there’s absolutely no denying the power of the story and the exceptional performance from Judge. Sparkplug deserves packed audiences – catch it if you can.

Sparkplug is directed by Hannah Tyrrell-Pinder. It plays at Harrogate Theatre until March 12th 2019 and you can find tickets here. Following this venue, the show will continue to tour until April 13th 2019 – you can find information about tickets and venues here.