My Mother Said I Never Should is a cross-generational story of four women dealing with a family secret. Written by Charlotte Keatley in the eighties and performed on stages regularly ever since, the play has an impressive longevity thanks to its clever combinations of ordinary folk in extraordinary circumstances alongside some well-placed comedy. 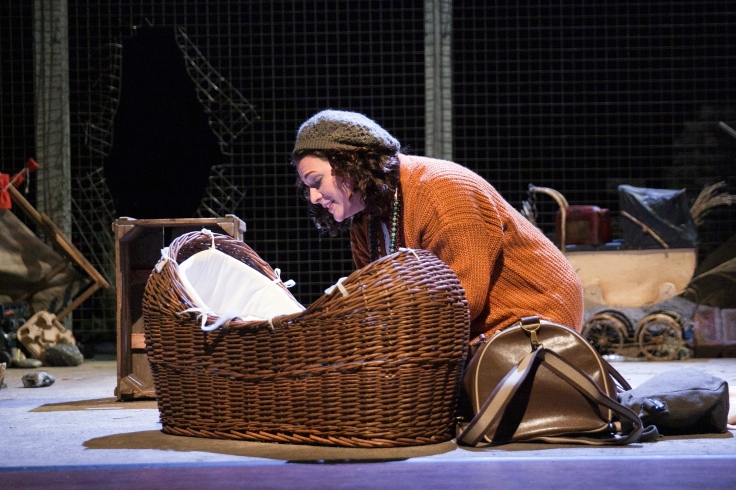 Troubling social history so often makes compelling drama for modern audiences and Keatley’s narrative fits the bill. Think Be My Baby, The Magdalene Sisters or Philomena: times when babies out of wedlock or born to young, surprised mothers were something to be ‘handled’ by the family in some way. The options for such unexpected children were of course notoriously limited and this play shows us the journey of one particular method of ‘taking care of’ this problematic occurrence: raising the child of the unwed mother as her sister.

What this play does so well is its meaningful depiction not just of how such ‘solutions’ impacted on the lives of the central mother and child, but across entire families. It also maps out the changes in the lives of women – expectations of them and their expectations of life shift with the times so that each mother in turn struggles to comprehend the decisions of her daughter. Male family members are never seen and are only marginally referred to, making the women and their experiences the sole focus of a story so very female in nature. It’s a study of mothers in a way, and that makes for a fascinating premise. 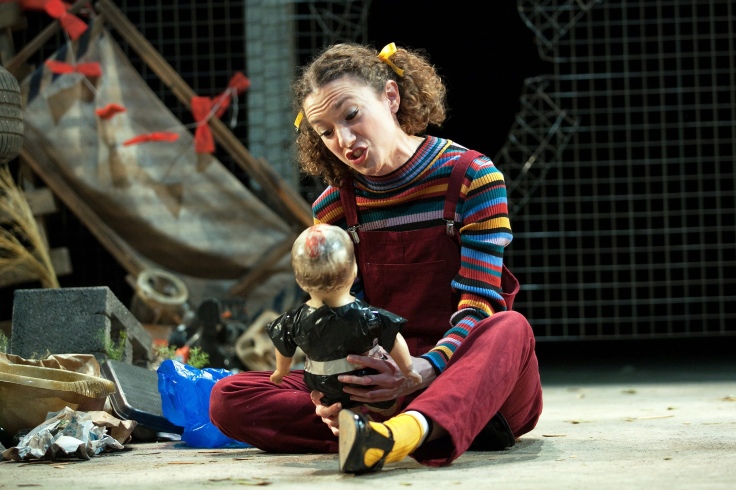 Not only does the story cover the lives of these women as they follow the trajectory of child/mother/grandmother and so on, it cross-cuts scenes of childhood with those of adulthood, with our four strong cast hopping in and out of various costumes to play the younger versions of their own or other characters.

The chronology is at times difficult to place, but in the pleasantly intriguing sense as we try to piece together the snatches of information about key life events and formative experiences of each character. But this bouncing around between lives and tenses means that the production, while often pacy, spends a significant amount of time in limbo.

Characters dash off to change in the wings while figures in shadow shift token set pieces around. Sometimes the stage is left too dark and too empty for too long. Regulars here will know of my exasperation when it comes to scene and set changes in dimmed lighting though, so take this with a pinch of salt if constant fading lights don’t so much as raise an eyebrow with you!

With four women carrying the narrative, it’s impressive to see some swift transitions from upright mother to fearful little one or from bossy young ‘un to working woman.

Carole Dance takes the role of reluctant matriarch Doris. As grandmother and mother representing a specific era of pride and expectations, Dance gives Doris a lovely blend of distance borne of ‘the time’ and a later sensitivity which must surely be the result of softening in later years.

It’s in Doris’ relationship with the impossibly and almost constantly upbeat Rosie (Felicity Houlbrooke), the youngest of the family, that Doris shows her greatest warmth and Houlbrooke’s supremely innocent portrayal of the family darling suits this dynamic down to the ground.

Houlbrooke’s Rosie is overtly the funniest character and is relied on regularly for comic relief but she is perhaps very young for a little too long within the bigger picture. Her fleeting scenes as the older Rosie with all the family secrets laid bare are some of her best – I wish we’d seen more of that older Rosie. 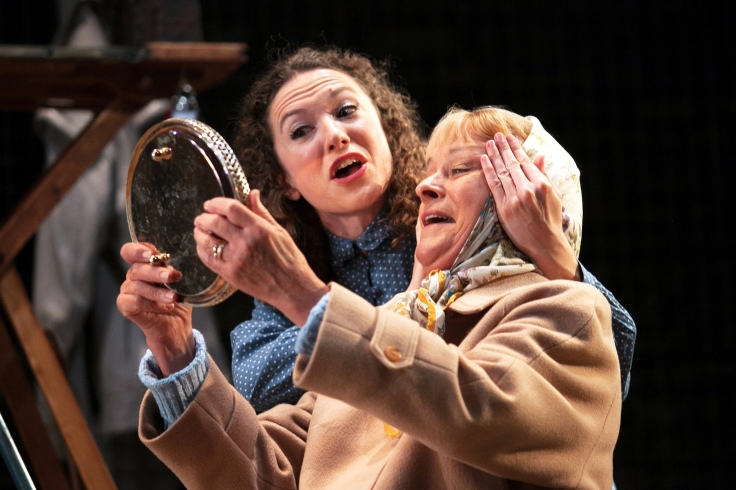 Connie Walker gives the strongest performance as the mother, Margaret. We see a childhood cold minus any cruelty and an adolescence filled with assertions delivered with gusto. Then life happens. It’s the later years featuring two grown or growing daughters that Walker really comes into her own when playing this role.

Margaret’s altercations with daughter Jackie (Kathryn Ritchie) are filled with pained resentment and a sense that she really is at a loss with the whole situation. Meanwhile Ritchie’s Jackie is visibly battling the paradox of what she wants versus what is actually morally and logically needed.

Best of all is that Margaret’s conflicted heart is worn all over Walker’s face and her voice is wonderfully expressive when it comes to communicating the inner turmoil she feels even while her words fail to match her face.

Set design from Bek Palmer reinforces the muddling of lives, with props from various eras jumbled together in piles. Rough and ready pieces are indicative of having lived through the war while fences and a facade of a tower block with broken windows hammers home the harsh realities greeting a young girl like Jackie who tries to make it out there on her own. 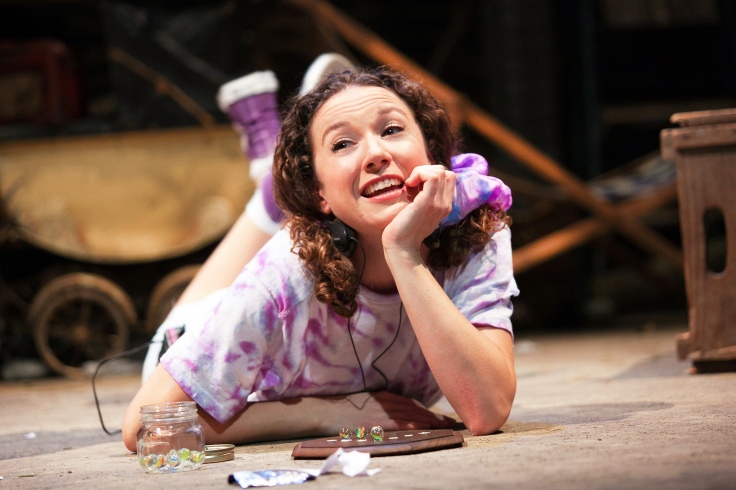 The funniest scenes are those between the four as youngsters with Keatley’s script really getting to the heart of what makes the rambling of those just starting out in the world so funny. The naivety. The comic misplaced certainty. The bravado which descends into fear. The complete misunderstandings of grown up affairs and the rivalries and devastating momentary betrayals of young affairs. Each played directly for laughs and each succeeding in their mission.

Less impactful are some of the darker, sentimental moments – though they are uneven rather than absent. The performances are good, but some scenes feel too rushed to ensure emotional responses and too lacking in real intensity to prod at our tear ducts as they presumably should judging from the moving words in Keatley’s writing.

This is a well conceived production which does justice to Keatley’s’ writing by and large. It’s engaging throughout, even when it falls short emotionally and there are some real gems to look out for when it comes to the script and sparkling moments of its delivery. With some scenes slowed to a simmer, the bigger scenes could be all the more impactful and explosive; the quality of the laughs needs to be extended to the quality of the pain portrayed, and once that balance is struck more evenly, this production will be all the better.

My Mother Said I Never Should is currently the touring production of London Classic Theatre and is directed by Michael Cabot. It plays at York Theatre Royal until November 24th 2018 and you can find tickets here.