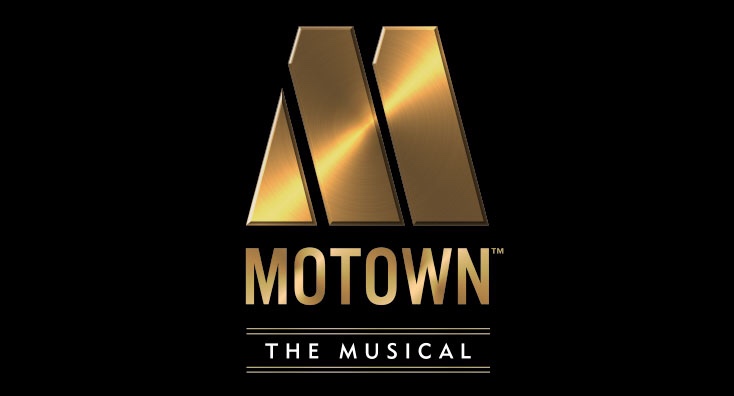 Wednesday 7th November 2018 at The Grand Theatre and Opera House, Leeds.
⭐️⭐️⭐️⭐️
You’d be hard pressed to sit in the audience of Motown The Musical and not feel the music creep into your limbs and even more so, your mood. You’d be even more hard-pressed to sit there and not recognise a song, such are the prolific delights of the show. We’re treated to visions and sounds of those at the height of their careers in the sixties and seventies – legends of the music industry from Stevie Wonder, The Temptations and Marvin Gaye to the Supremes, and the show is all about the power and the vitality of music for the head, the heart and the hips!

The story follows the life of Motown founder and music mogul Berry Gordy who conveniently wrote the book for the show. This set-up gives the whirling narrative some nice credibility which is particularly important when it comes to the documenting of rifts and break-ups within the Motown family. Those discovered and nurtured by Gordy slowly get lured away with high figure offers from rival companies. Black musicians so long rejected and neglected find themselves finally being recognised by big labels once only interested in white pop and that’s very seductive indeed. Marvin Gaye, Diana Ross and Smokey Robinson are the key figures the show focuses on, tracking their relationships with the founding father of their music careers.

Motown the Musical has a flashback set-up like many before it, beginning with an older Gordy in two minds about attending the 25th Anniversary tribute show where all the stars he loved and lost will return to pay tribute to their roots at Motown. It’s then back in time for us as we see a young Gordy make his mind up to be somebody when he’s all grown up before we track his progress to that destination. It’s akin to other musicals like Dreamgirls, Hairspray and Memphis in its combination of glorifying the art of black artists alongside scenes recognising the impact and import of the Civil Rights Movement. Although it doesn’t quite match or supersede such musicals, it handles those same combinations very nicely, offering insights into how this music we know and love meant so much more than we likely ever take the time to consider, what with being too busy shimmying and everything…

Edward Baruwa takes the lead role as Berry Gordy and does so with a gravitas which is instantly charming and wins us over in a heartbeat. He’s a talent with a good soul and…er, great soul! Baruwa has a fantastically powerful voice which moves between the mellow, seductive tones of the ballads to the powerhouse big notes and livelier hits with such wonderful ease. In short, he’s perfect in the role and so are his fantastic musical numbers. In fact, alongside Shak Gabbidon-Williams, Baruwa represents the powerful soul and gospel tones of Motown music, with other acts leaning far more heavily towards rock n’ roll and boppier sounds. 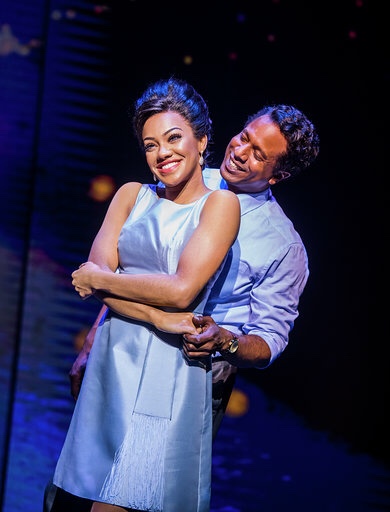 Baruwa is joined by Karis Anderson playing employee, prodigy and love interest Diana Ross. The pair have great chemistry and give the production some well balanced drama which isn’t the easiest thing do in a musical which is all teeth and fist clutches most of the time, but they do just that. Joining them with a winning dramatic performance is Shak Gabbidon-Williams who not only does justice to the intensity of a Woke Marvin Gaye reacting to the injustice of the world around him, but has a wonderfully husky and soulful voice to boot.

Vocally, one of the best performances is Anderson’s Good Morning Heartache – a perfect example of an actor giving their own beautiful rendition of a beloved but inimitable classic. Few to none can really do Billie Holiday justice and even while Anderson is performing as Diana Ross performing as Billie Holiday, it’s still Anderson’s take, and she does a wonderful job. Anderson also delivers knock-outs with You’re Nobody til Somebody Loves You and a belter of a performance of the classic Ain’t No Mountain High Enough. The latter is actually the highlight of the whole show for me, with both Baruwa and Anderson at the top of their game for every single impressive note as they deliver gorgeous harmonies and big notes galore.
If you’re looking for Motown hits, roll up roll up, for they are to be found here in abundance. The cast conjure everyone from The Jackson Five to The Temptations and Diana Ross and the Supremes, offering up many a medley for us to secretly wiggle our bottoms and twiddle our toes to. Yet don’t go expecting impressive tributes to the originals – this is more of a tribute to the songs through the mouths of a modern cast with their own approaches to the music and their own vocal styles. 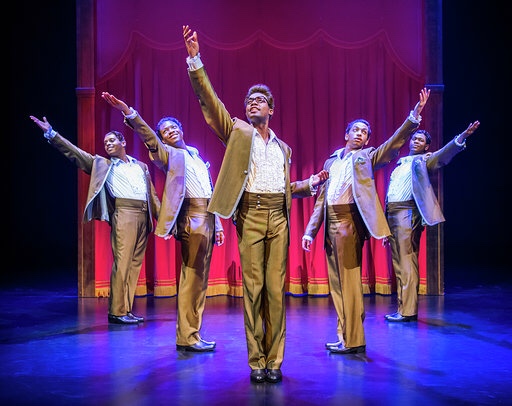 It’s certainly still entertaining and none of the magic of the music is really lost, but let’s face it, there’s no way to replicate the unique original renditions of Reet Petite and Do You Love Me, is there? The best of the performances include Ball of Confusion, Reach Out and Touch (Somebody’s Hand), Signed, sealed Delivered and War but the hits really do go on…and on…and on – you’ll certainly get your money’s worth with this show!
Transitions keep the hits rolling on through at pace and with undaunted energy thanks to direction from Charles Randolph-Wright who seems to treat the narrative elements in this same revolving manner, with musical number alternating with brief scenes to secure a consistent sense of narrative while we pause and unpause our physical responses to the tunes. By far one of the most impressive elements of the production is choreography from Patricia Wilcox and Warren Adams who perfectly re-create some of those most famous sixties and seventies girl group and quartet moves with total precision, the timing across the cast proving them to be consummate performers.
Visually, the show is pretty epic on more than one occasion. David Korins (Scenic design), Natasha Katz (Lighting) and Daniel Brodie (Projection) work hand in hand (in hand!) to produce sequences in which we are thrust into groovy backdrops of the seventies with swirling colours glorifying the vibrancy of the artists and their music as the ensemble deliver some cracking sequences in the foreground.

That said, set is minimal to allow for all the dancing, naturally, and this means that the reliance on projection sometimes pushes us into the realm of the naff and the incongruously cartoonish visuals of actors performing against the backdrop of a non-naturalistic villa or some such scene – but hey, what’s a little cheese and garishness in a musical eh?
On the flip side, Emilio Sosa’s superb costumes are a glittering highlight, bringing the music and the choreography to life simultaneously and with real visual spectacle while Charles G Lapointe reminds us how slick the trickery of Hair and wig design can be in instantly transforming an individual into a recognisable music legend.

The Motown catalogue is astonishingly far-reaching and this show crams as many hits into the running time as is physically possible when a show simultaneously seeks to tell an actual story rather than deliver a tribute night. And what are people here for at Motown the Musical if not the music I ask you? So, from I Heard it Through the Grapevine to counterparts My Girl and My Guy through to the more serious and reactionary Mercy Mercy Me, this show is alllllll about the music, so get yourself a ticket and bask in the infinite glory of Motown’s stunning legacy. Right, must dash now – I have Motown hits to buy for the car collection…
Motown the Musical is presented by Kevin McCollum, Doug Morris, Adam Spiegel andBerry Gordyand is based on Gordy’s book To be Loved: The Music. The Magic. The Memories of Motown. It plays at The Grand Theatre and Opera House, Leeds until November 17th 2018 and you can find tickets here. After that, it’ll be back on the road for the remainder of the UK and Ireland tour until October 2019 and you can find tickets and information for that here.