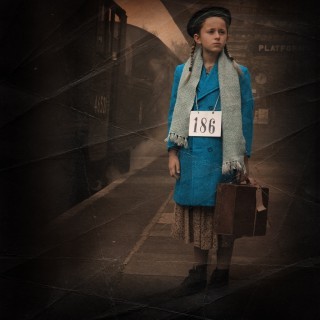 This production of Diane Samuels’ Kindertransport marks the 80th anniversary of the Kindertransports which saved the lives of so many German children endangered by their Jewish faith and those raging against it in Nazi Germany. Children were transported to London and taken in by host families; many never seeing their German birth families again, instead remaining in England as citizens.

Kindertransport is a vivid, utterly absorbing play about secrets and lies, relationships built on falsehoods and the damage history causes to individuals. It’s also about goodness, and overcoming struggles and finding a kind of happiness in any way you can. Diane Samuels’ writing brings to life a fascinating story of survival and transformation in the face of great peril with great emotive power, drawing out the details of a childhood of disruption and displacement while simultaneously exploring the impact of such a childhood on a grown woman and her family.

As a child, Eva is put on a train by her fearful, selfless mother (Rebecca D’Souza). The train takes Eva from home and family in Hamburg to Manchester, England to stay in a strange but safe land with a stranger and her family. We see this wide-eyed victim acclimatise to a new culture while she seeks to bring her parents over to safety to join her.

Running alongside this narrative of the past, the production intertwines the present day grown-up Eva (now Evelyn) undergoing some tensions with her family; life cycles are repeating as we see young Eva and her mother alongside grown-up Eva and her daughter- the separations vary in nature, but the emotions are attached to the same roots. Director Fiona Buffini’s cross-cutting of scenes are swift and beautifully crafted, affording the production a gentle fluency between past and present events, frictions and emotions.

Denise Black is a walking bear hug as Lil; a bit of a rough diamond with a blunt charm and a sense of total self-assertion who teaches Eva/Evelyn what it means to commit entirely to an act of goodwill and eventually, love. Young Eva is played with great innocence and just a touch of petulance by Jenny Walser, who conveys Eva’s loyalty to her German parents with endearing grit and passion but doesn’t quite make Eva’s greatest fears hit home as much as they could (and this possibly lies equally at the feet of Madeleine Girling’s underwhelming designs for the villain in the shadows).

Cate Hamer impresses yet again (I’ve caught her in two other productions recently, Things I Know to Be True and Talking Heads and she has been equally brilliant) with a moving performance as Evelyn, the grown-up Eva and the fussy mum thrown headlong into past turmoil long buried. Hamer’s Evelyn is all vulnerability and internal torture spawned by memories which have had the dust blown off them without warning; it’s a gripping and very moving performance.

Evelyn’s daughter, Faith, has her mother’s determined streak and she will be heard even if her mother is not ready to share what she feels she is entitled to. It’s a fiery performance from Elena Breschi in this pivotal role and the production is at its best when the three generations of women (daughter, mother and grandmother; Breschi, Hamer and Black) are creating sparks and providing comfort to one another. 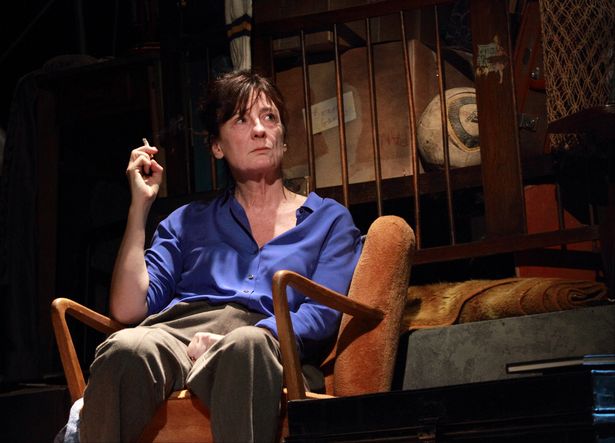 Girling’s set design is perfect for a play dealing heavily with memory and secrets; a busy, cramped attic harbouring inestimable forgotten tokens and memories dominates the stage space. This design forces all the action to the very fore, giving the production the illusion of an intimate stage space of a studio despite being on a main stage and this serves a story like this very well.

There’s no fuss with set changes or excessive props – the story and the performances are more than enough to engage and maintain focus and the production benefits from the recognition of as much. Lighting designs from Alexandra Stafford are often subtle and unobtrusive but create a brilliant sense of threat at intervals which are all the more impactful for the minimal tampering with tones and hues; it’s a very nicely put together production and I’m so pleased to see them resting the whole thing on the strength of Samuels’ writing and the performances from a strong cast.

Kindertransport is a rare and powerful glimpse into the impact of large scale historical events on the individual on a very personal, intimate scale. There’s never a dip in engagement; the story is too tragically riveting. There’s never a lack of connection felt; the cast handle their characters and their character’s story with  great feeling. The cast is small and the story is moving and detailed enough to be compelling but not indulgent in the misfortunes of those falling victim to the Nazi regime. The sensitive subject matter is handled with care and the performances ensure that we remain fully aware that while this may be a fictional imagining of a life, it’s indicative of many more like it that were frightfully real.

The story reminds us that while the Kindertransports saved lives and those who took the children into their homes were wonderful souls, the scheme changed lives in so many ways, and often irrevocably. Even when the story is a certain happy ending of sorts, there’s so much more to think about as we consider what other happinesses there might have been for children like Eva and her family – it’s definitely the kind of play which leaves you a little down-hearted and thoughtful, and sometimes, as in this case, that’s precisely the marker of a great play well written and performed.

Sadly, I caught the show on its last day, so there’s no link to add here – but I definitely would have recommended this show.

One thought on “Kindertransport: Lives Saved & Lives Changed For Ever”