Roald Dahl’s Matilda is an undisputed modern classic and this stage musical from the RSC is truly worthy of Dahl’s original magic. It’s a whole lot of fun with a thin veiling of darkness and melancholy as befits any of Roald Dahl’s tales – but particularly Matilda. There’s light, dark and all the colours of the rainbow in between…with glitter…and streamers…and ribbon…you get the idea!

With Book by Dennis Kelly and direction from Matthew Warchus, Matilda is as enchanting in musical form as it is on the love-worn pages of a book – revisions and additions to the story are relatively few and most importantly of all, Dahl’s wicked wit and those famed glimpses of brutal reality are intact. But the big selling point of a new musical is of course the music… Well, few things in life are certain, but I am 100% certain that Music and Lyrics from Tim Minchin are nothing short of perfect; fun, dark, punchy, pacy, catchy, subtle, deafening – it’s all in there and I guarantee you’ll leave the auditorium humming. The story will always have cross-generational appeal and this musical is just another glittering reason for its certain longevity; it’s a timeless, ageless story which will win over any audience with a heart and an inner child.

The tale? Poor Matilda Wormwood is born into a family completely oblivious to her worth – she really is a ‘Miracle’ child, but her parents and brother will never know it as they’re too busy watching the telly and scamming good honest people out of the hard earned dosh.

At school, Matilda doesn’t really fare any better; the Headmistress Miss Trunchbull is aptly named for she’s in a permanent rage and seems on a mission to cause misery for all little ‘uns. Thankfully, Matilda has some lovely friends, a kind teacher and a good-natured librarian to lighten the load on her young shoulders – oh yes, and a fantastic imagination to keep her company. In a story like this, there’s something for all to enjoy and with this show, there’s plenty of fun-loving comedy on offer alongside some sweetly sad moments to encourage empathy and care from the youngest and most impressionable audience members… As for the cast – what’s not to love I ask you? The children? Such passion, such polish, such talent – precious little ‘Miracles’ every one of them one might say! But none more so than the phenomenal Sophia Ally playing Matilda herself at this performance. The demands of the role are extreme by any calculation – not just in terms of carrying an entire show on small shoulders but in terms of a young actor delivering Minchin’s tongue-twisting songs with total precision while handling dance routines, copious amounts of dialogue and of course, the responsibility that comes with taking the title role. It’s beyond impressive to see Ally deliver such a well rounded performance which shows Matilda’s resilience, sadness, strong moral compass and sense of fun. 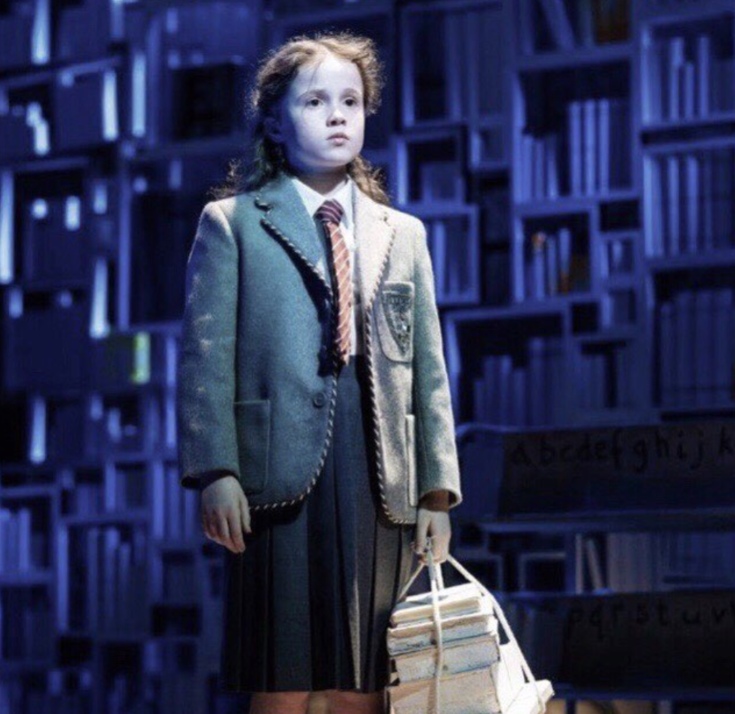 Ally isn’t alone as an impressive child actor though – Louella Asante-Owusu is a sparky Lavender who demonstrates exactly what a friend should be; Isobelle Chalmers masters the sorcery of Amanda Thripp-as-hammer-throw while being totally adorable; Sheldon Golding is comically lively and mischievous as Nigel and finally, Tom Lomas is nothing short of fantastic as the hilarious, oddly charming Bruce who happens to have an impressive belt at his young age. No matter where you look, it’s pure theatrical joy and endless talent in every direction – these darn kids have it all… 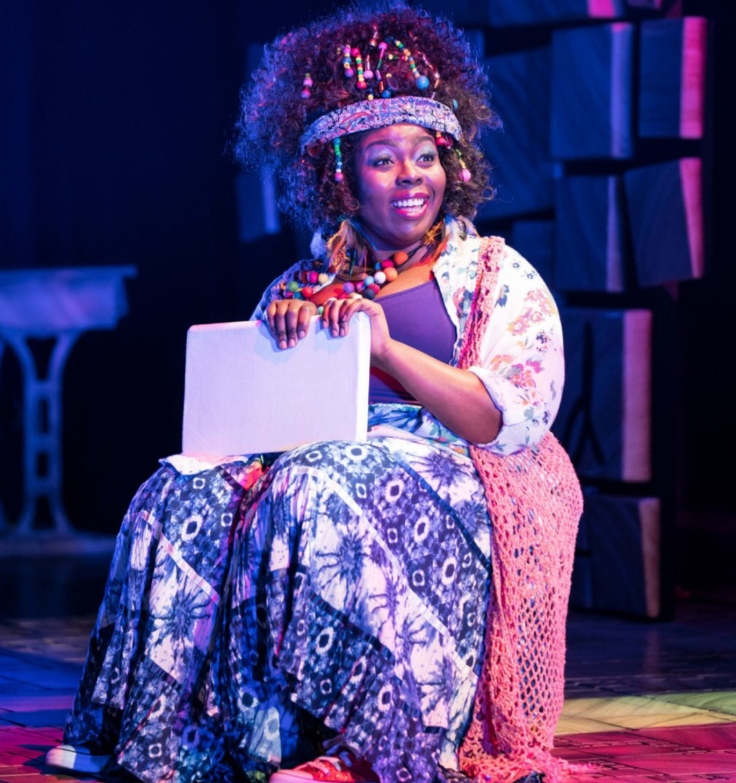 And the grown ups? They’re either thoroughly rotten or sugary sweet of course – there’s little in between. Those required to be perfectly dastardly are exactly that… Miss Trunchbull is one of the best villains ever to grace the children’s literature landscape. Here, she’s every bit as domineering and snarling as she should be and Craig Els proves himself extremely worthy of donning those warts and yellowing teeth – his is a blooming brilliant Agatha – particularly when it comes to mastering the Trunch’s surprising femininity and subtle comic flair added to the story here.

The Wormwoods aren’t much better as folk go. Matilda’s brainless brother Michael is played as the Kevin-the-teenager-type by Matthew Caputo and he earns big laughs. Rebecca Thornhill gives an outlandish and hilarious performance as the undeserving mother, perfectly matched with the slimy scheming Mr Wormwood, played with a Del Boy twang and oodles of energy by the great Sebastien Torkia. Mrs Wormwood’s dance partner is another source of comedy with Matt Gillett  earning big laughs as the sprightly, over-confident Rudolpho. Anu Ogunmefun deserves a nod here too, giving a grim performance as the most unsanitary Cook in all the land – a role immortalised in minds on film and reinvented by Ogunmefun with grimacing glee here.

When it comes to those vital kindlier grown-ups, Michelle Chantelle Hopewell is a wonderful and perfectly cast Mrs Phelps – a kind ear for Matilda at the local library who takes real pleasure in Matilda’s stories, however alarming they prove to be! But it’s Miss Honey who is the vital source of light in Matilda’s life of course and Carly Thoms strikes a lovely balance between being THE best most caring teacher EVER and the lady with wholly undeserved hidden personal pain. As with all spectacularly successful stage musicals, it takes a village…and this village is full of can-do and technicolour. Peter Darling’s Choreography keeps in step with Minchin’s pacy, playful music (working in a snappy trio with Lighting design from Hugh Vanstone) and offers some real gems for Trunchbull’s big number about discipline and almost any scene in which the ensemble of youngsters deliver speedy choreography in perfect unison.

And how does this production capture Matilda’s magic? We need only look to Illusion Designer Paul Kieve who ensures that the beloved Bruce and newt scenes convince with some canny stage trickery. The set is stunning; from the moment you enter the auditorium, Rob Howell’s striking arc of scrabble type tiles inspires that bubbling feeling of excitement so special to the theatre experience and the only way is up from there. Set designs continue to impress throughout, showcasing inventive furnishing of the space including a giant frame for a lesson in spelling and giant swings to aid a beautiful choreographed sequence for one of the best songs in Minchin’s score – When I Grow Up. Rob Howell’s costuming is also superb: grim, comic, tacky – it’s all here in top form with each character announcing their role with their attire as loudly as they do with their tongues.

Oh yes, and have I mentioned how genius Minchin’s music is? Because it really is you know… So, the jist is this: it’s time to smash that Piggy Bank and spend those pennies. Why you say? Well the reasons are as plentiful as the hairs in the Trunch’s chin, but here are a token few: it’s a must-see for all ages and the perfect introductory show for young theatregoers. It’s a bright and shiny modern musical which is sure to stand the test of time. Most of all though, it’s blooming marvellous entertainment! Catch Matilda the Musical in the West End or on tour – you won’t regret it.