Leeds Arts centre’s latest offering is this ‘comedy double bill’ of Neil Rathmell’s It’s a Miracle and The Colin Atkins Story. ‘Comedy’ is at times a little difficult to find here, as the laughs are relatively sparse across both performances, but the plays are entertaining and carry some great writing from Rathmell who also directs.

A disillusioned, rather downcast and downtrodden priest, Father Bentley (Howard Russell), is called to the home of an elderly resident. This resident, Harriet Bottomley (Maureen Willis) has an intriguing story from her youth and that story leads to bigger and bolder revelations later on in the shape of village mute Maggie Turner (Pam Wilson). Maggie is Harriet’s childhood friend, and although she’s ‘struck dumb’, there’s much more to her than people bother to consider. Willis gives an earnest performance as Harriet, pitching her character as reverting to her childhood self as she attempts to convince the cantankerous grown up that she speaks the truth. Russell’s Bentley is in for a shock when Maggie not only corroborates her pal’s tall tale, but drops the biggest bombshell the village Eckerslike (teehee) has likely ever seen. Wilson gives the best performance, channeling that real, distinctive northern bluntness and in one fell swoop picks up the pace and injects some much needed strong comedy into the piece. Willis and Wilson make a credible pair of older women remembering childhood and their evident ease with each other allows an enjoyable and endearing sense of real connection between their characters. 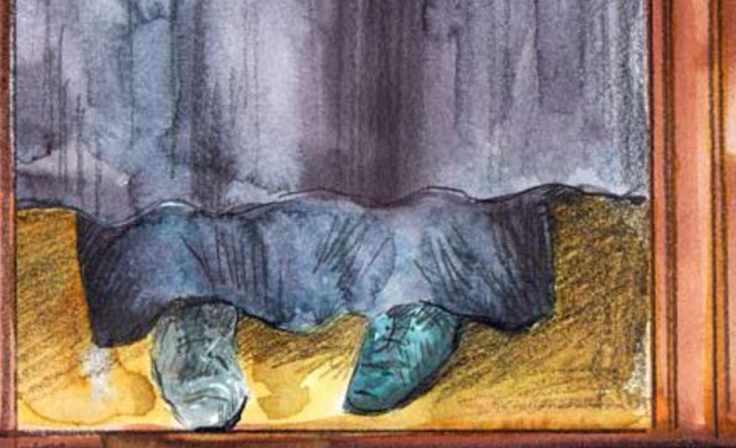 I think the premise of this piece is genuinely fascinating and has real potential, but the staging is in need of work as the prominent momentary blackouts (lighting: Steve Fryatt and Ben Hopwood) to allow characters to move five steps in a new direction makes the piece clunkier than it needs to be. I’m also not a fan of the characters disappearing behind the curtains of the studio to have conversations ‘out in the hall’ and out of sight. In a studio space with minimal set, this simply doesn’t work; even standing behind a simple door on stage to deliver these lines would have been a considerable improvement to the awkwardness of an audience staring at a curtain listening to over-long radio play. Overall, Rathmell takes the trope of small town quirky characters circa The Vicar of Dibley and weaves a charmingly simple tale around it – with the characters well written and the revelation being a beautifully unexpected surprise, it’s certainly skilful writing.

The Colin Atkins Story takes credit for being a meta theatrical reproduction of the moment the concept of the ‘teenager’ was born. Mrs Atkins (Carrieanne Vivianette) along with Mr Atkins (Adrian Wedgewood), runs a ship shape home in the 1950s. All is normality to begin; mother nagging father to get a move on, children playing hooky from school. But soon Son Colin (Zack Jackson) will take the family on an unwelcome joyride into the world of Teddy Boys, insolence and an unstoppable determination for total independence. Daughter Doreen (Olivia Richardson) is stuck between playing traditional daughter helping the parents out in the home and supporting her newly wayward brother. Ex girlfriend Brenda (Enya Lucas) gets the same short shrift from Colin as the Policeman (James Bell), although she is compensated with copious amounts of gum to chew while the Policeman is left to sit in the front row as a sitting symbol of uselessness. The good old fashioned friendly neighbourhood Bobby is no more; kids like Colin morphing into a horrid teen makes way for a new era: no nonsense with a tendency to police brutality (haha for the contemporary reference and the topical awareness of our changing times).

I really, really liked the meta element. With the father’s late arrival, it’s left to mother to give the introductory speech which assures the audience that what we’re about to see is vital social history. The father then arrives and strops about missing his big speech. The piece is self-aware about being a dramatisation, with regular references to the story being told as just that: an acted narrative. The commentary element gives way to some great comic moments, particularly when Olivia Richardson dons the recurring role of documentary presenter, striding about the stage of ‘paused’ characters to point out the craft of the writer, designers and actors in educating us about this pivotal moment in history. The strongest performances come in the shapes of Richardson and Vivianette who seem most comfortable in the skin of their characters while their fellow players don’t quite come across as equally at ease in their roles. Vivianette has a flair for the traditional housewife who teeters between total efficiency via fussing and dithering physicality and comical dramatics: ‘But what shall we do father? What shall we DO?’ Richardson is one to watch. Handling the complex commentaries like a twenty years in documentary legend and showcasing impressive stage presence, she’s a real force within this piece. 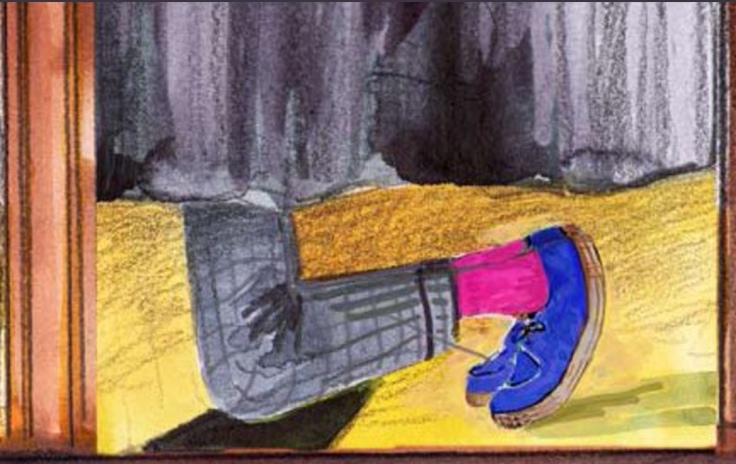 The major flaw here is perhaps down to the use of space and the lack of confidence with the meta elements from some of the cast, at times making it seem like the actors were focused on remembering their next line rather than being solidly in role. I think both of Rathmell’s mini plays suit larger spaces. When Colin disappears into the recesses of the audience, the boundaries between the characters and the actor cleverly blur, with both character Colin and actor Zack Jackson refusing to finish the dramatisation. But the small space means that the lengthy exchange between pleading parents, police and Colin leaves the audience in limbo between facing the stage for the parents’ performance and listening to Colin via radio play or craning necks to see Colin and neglecting the parents. The third option is an awkward s back and forth like watching a tennis match. The removal of Colin also made the closing scenes confused and messy, with the audience clearly unsure about exactly when the performance was over… Why Colin couldn’t sit in the front row or lean on the railings in full view, I’ll never know, but it was a dull segment which unfortunately lands slap bang in the middle of one of the best and most intelligently written moments of the piece as a whole.

Overall, this was an engaging and mostly entertaining set of mini plays with some bum notes and weak staging in the mix. Rathmell’s writing is the biggest strength here, alongside some strong performances from key cast members. With stronger considerations of space and more polished, comfortable performances, I can see both pieces shining, but as they stand, I can’t help thinking that they’re not quite ready for audience consumption if the plays are being loudly billed as true comedies promising lots of laughs.

One thought on “Double Bill: It’s a Miracle & The Colin Atkins Story”