A sheet is wrenched from a rocking horse which begins to rock with an urgent force – set forth by some unknown and unseen force… It’s a promising, brilliant opener for the story which follows with considerably less impact. This adaptation of Henry James’ thrilling tale of a tormented governess and her unnervingly distracted charges works through the narrative with plenty of shadows falling across the stage, gleefully frequent jump scares via lighting and clichéd bangs but not much in the way of notable sophistication.

What this production does do is provide an excellent Governess in Carli Norris, who carries the production on her shoulders with never a sign of strain – a performance very worthy of recognition. This production also does well to capture the ambiguity of James’ story – for the entire play, the questions over genuine supernatural occurrences and the mental state of the Governess loom large and although the production does seem to favour one conclusion over the other at the close of the performance, it does well to maintain that compelling sense of mystery surrounding The Governess’s account of the events at Bly. 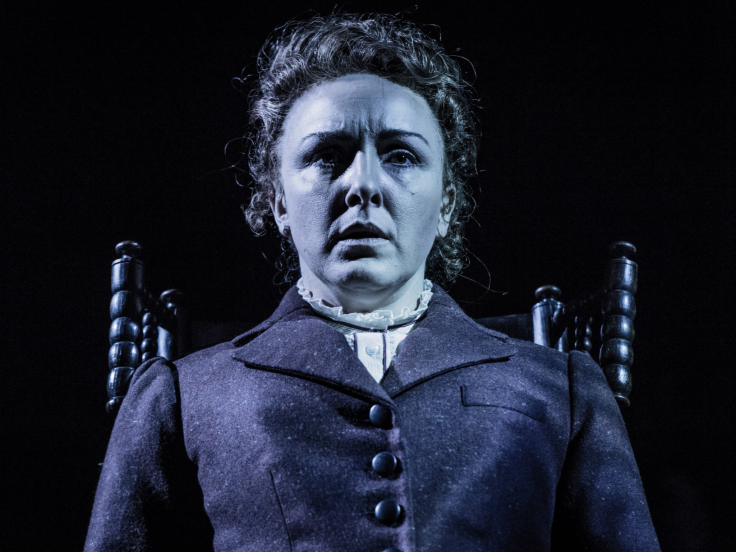 In a wonderful approach to adapting James’ novella for the stage, Tim Luscombe and Dermot McLaughlin place the adult Flora as the driving force behind the narrative. The action in woven in a way which flits between past and present as Flora and The Governess leap in and out of re-enactments of the past while the whole production is framed as a gripping confrontation in the present.

On a stage permanently steeped in shadows and covered frequently by blackouts, our Governess is interrogated by this older, demanding version of Flora and the adult version of the little girl The Governess once loved so deeply demands that the story be told, in full; Flora has never heard the full story, having been too young at the time of the events to remember. But the governess can’t forget what Flora has forgotten, so it lies with the Governess to relive and retell of the traumatic events taking place in her first place of employment. Casting choices are problematic and the decision to rely heavily on multi-roling within a small cast throws up significant puzzlements. It’s both striking and odd to see a man and a woman so much smaller in stature than our Governess seeking to tower over her in their dialogue. In Michael Hanratty’s first appearance as lord of the house, he inches towards the young and timid Governess with an unsavoury air of seduction – but Norris is broader than he, making the scene slightly comical.

Likewise, Annabel Smith’s first appearance as the prospective employer of the Governess is aggressive and domineering yet she is distractingly smaller in stature. This casting is clarified upon Smith morphing into young Flora while Hanratty reappears as the charming and boyish Miles; the visual scale suddenly fits perfectly as their pair are smaller in ways which allow images of caregiving and adult authority to be easily created, but it has to be said the first few scenes are tainted by notably incongruous proportions. There are a few further oddities with casting too; namely that the brother and sister dynamic between Hanratty and Smith shifts without warning into that of lovers – the lack of distinction between Flora and Miles and Miss Jessel and Peter Quint sent up furious whispers amongst the alarmed students in attendance! 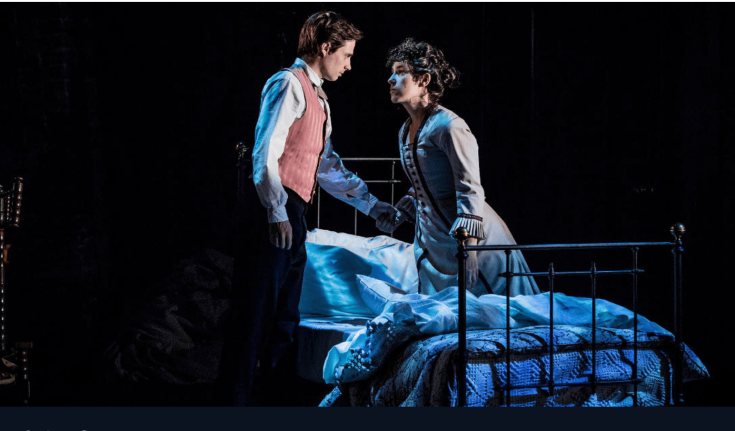 Smith works hard to convey the fully gown and accusatory Flora with as much force as she plays the squealing whirlwind that is young Flora, but the former proves more effective than the latter. Hanratty’s youth undermines his portrayal of the uncle, but he captures the mischievous spirit of Miles well. The problem is that the children are not sympathetic enough; Flora shrieks and prances maniacally and displays little endearing gentility while Miles is oddly predatory in his attitude towards The Governess.

They don’t inspire the powerful interest in their preservation that the novella does. Maggie McCarthy is nicely ambiguous as housekeeper Mrs Grose – is she really a believer? The truly brilliant performance in this piece comes from the indefatigable Carli Norris as The Governess though. Equally skilled in playing both the older and younger versions of the character, Norris almost never leaves the stage and gives a stellar dramatic performance. Without Norris, this piece would suffer considerably, but with Norris at the helm, the production benefits immeasurably from a compelling and complex central performance.

Despite a beautifully foreboding set from Sara Perks to instantly set the scene of discord, the sophistication necessary to deliver such a richly intense and sinister story like Turn of the Screw never really makes an appearance, and without it, this is simply a good rendition of a gripping story rather than a gripping and affecting production of a classic story. I think perhaps the real downfall of this adaptation is its unfortunate emphasis on shocking and scaring the audience rather than creating a more sinister, atmospheric production. The jump starts are effective of course, but they lack skill because jump starts are an easy trick – evoking that same discomfort and depth of reaction from an audience through more ambitious, nuanced means, would be far more impressive and far more suited to a conjuring of James’ atmospheric work.

Considerable strengths lie in the inspired framework for this adaptation, Perks’ arresting set design and Carli Norris’ sincere and increasingly urgent performance – a performance definitely worthy of ticket sales I might add – but the production as a whole needs more to really do this classic work justice.

Turn of the Screw is a Dermot McLaughlin Production with Mercury Theatre Colchester and Wolverhampton Grand Theatre. It plays at West Yorkshire Playhouse until March 24th before continuing its tour, and you can find tickets here.

5 thoughts on “Turn of the Screw: Problematic but Worthwhile”