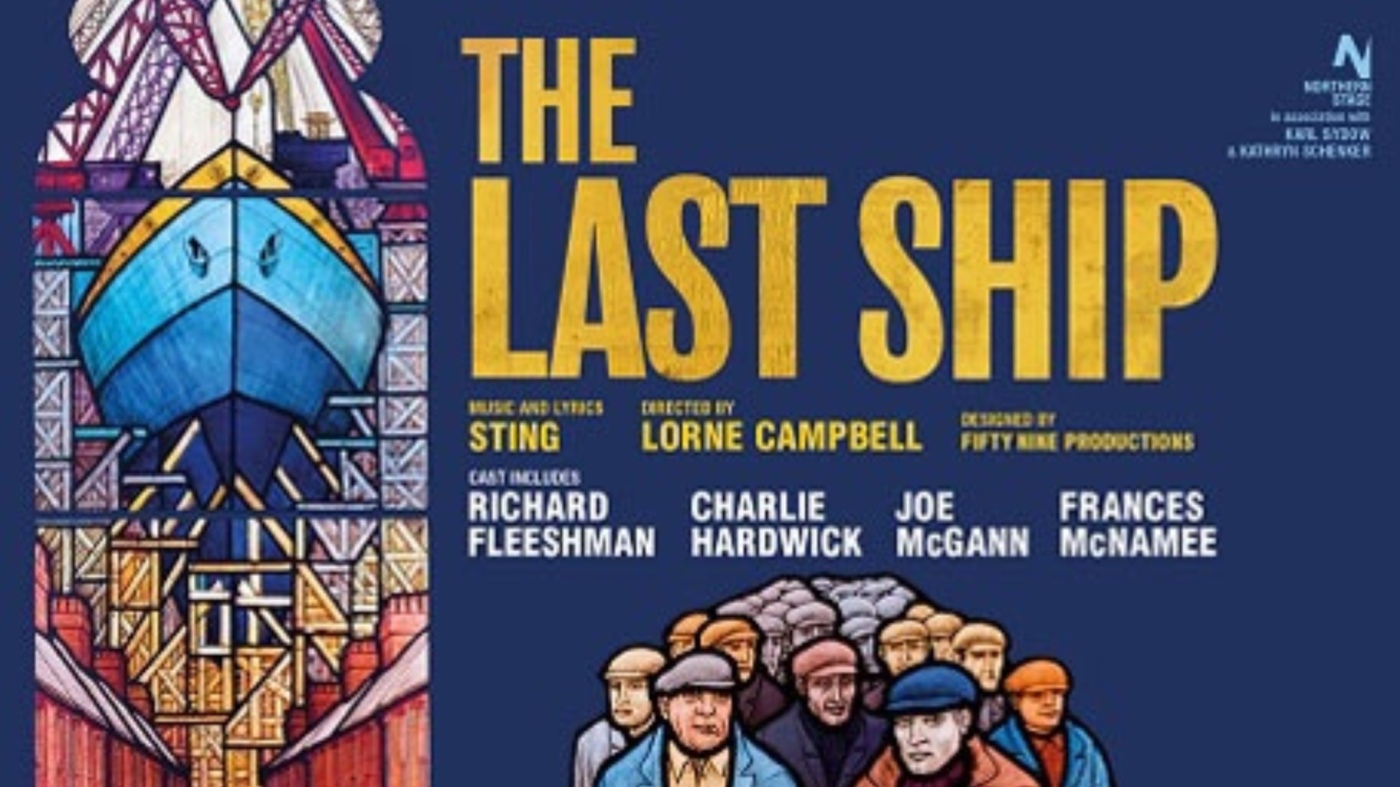 The Last Ship is Sting’s debut musical – having first courted Broadway, garnering favourable reviews, this uniquely framed and personal new musical is set for a 4-week season in Newcastle before embarking on a major UK & Ireland Tour (venues, dates and ticket links below). I went along to the launch at Leeds City Varieties yesterday to listen to Sting and producer Karl Sydow talk about the story behind the story, with Sting and members of the cast also performing songs from the show. Sting was joined on stage by Joe McGann, playing Jackie White, Charlie Hardwick, who will play Peggy White and Richard Fleeshman, playing Gideon Fletcher. Frances McNamee who is set to play Fletcher’s problematic love interest Meg Dawson was not in attendance. With a buzz in the air and a calm confidence from Sting and the cast upon arrival to the stage, The Last Ship was launched to an appreciative mix of press and public. The show is set in Wallsend, North Tyneside, Where Sting grew up in the 1950s. With working class parents and the oldest of the children, Sting grew up surrounded by the ship-building industry and The Last Ship follows the story of Gideon Fletcher (seemingly the Sting of the story) and his family who rely on the Shipyard as much as Gideon resents it. Billed as a ‘personal, political and passionate new musical’ and ‘an epic account of a family, a community and a great act of defiance’, The Last Ship promises both gripping domestic drama and an original score from this multiple Grammy Award winner who has sold almost 100 million albums across his career to date.

Sting performed the gentle title song The Last Ship, joined by Richard Fleeshman for Dead Man’s Boots. Fleeshman also performed the melancholic ballad What Say You Meg and The Night the Pugilist Learned How to Dance before Charlie Hardwick delivered her reflective take on Sail Away. The four then gave us a taste of the rousing track We Got Now’t Else, which Sting smirkingly promised will be a big ensemble number in the show. It was a canny whistle stop mini tour of the score which offered glimpses of both the wholesome narrative style and the musical sounds of the production.

We are told that The Last Ship was initially inspired by Sting’s 1991 album The Soul Cages as well as his own experiences and while the show promises an original score (which was TONY-nominated during the show’s Broadway run), it also features some of Sting’s most popular songs: Island of Souls, All This Time and When We Dance. Sting speaks of his youth wistfully and when an audience member asks if he sees this work as his most personal to date, he responds with sincerity, citing the huge impact of yard closures on communities like the one he grew up in. He acknowledges that he perhaps should have launched The Last Ship at the source of his inspiration here in the UK but quips ‘I do like to do things arse over tit’, getting appreciative titters from those thinking the same of his decision to head to the US for the debut.

While The Last Ship ‘is the proud story of when the last ship sails’, it also emphasises that sense of loss and frustration as the fictional community mirrors the struggle of the community of Sting’s youth when shipyards began to flounder and close. Gideon’s youth revolves around the Shipyard, as does his family’s survival, but Gideon wants a different life for himself (much as Sting wanted to be a musician from a young age). Gideon’s love of Meg adds further drama into the mix and seems to offer a promising complexity to the tale. As a Rachel Tucker fan (Tucker played Meg in the Broadway run), I purchased the original cast recording a year or so ago and I’ve been listening to Sting’s heart-felt and beautifully written score ever since. It definitely feels personal. Even without seeing the show in action, it’s easy to see how well the narrative is constructed through the music and the characters seem rounded and engaging across the varied musical sounds offered. It’s primarily a mellow sound, with an abundance of voices uniting as the fate of the shipyard looms over the narrative, but there are some fiery and catchy songs like If You Ever See Me Talking to a Sailor and We Got Nowt. It was an absolute pleasure to hear Sting’s take on the songs he wrote as well as hearing new renditions of the songs now so familiar to me. I can’t wait to finally see what seems to be a lively and moving story come to life on stage. 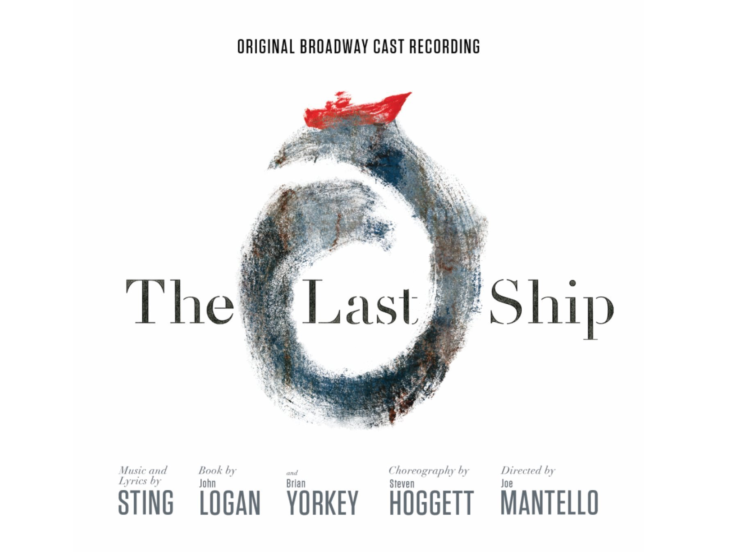 The Last Ship premieres in the UK at Northern Stage in Newcastle ‪on 12 March 2018‬. It’s also produced by Northern Stage in association with Karl Sydow and Kathryn Schenker and is directed by Lorne Campbell. Boasting famous names within the cast and creatives, and with set design by the Tony Award-winning 59 Productions, the show touts big names in a bid for big box office success. See below for the full cast list, tour dates and ticket links.