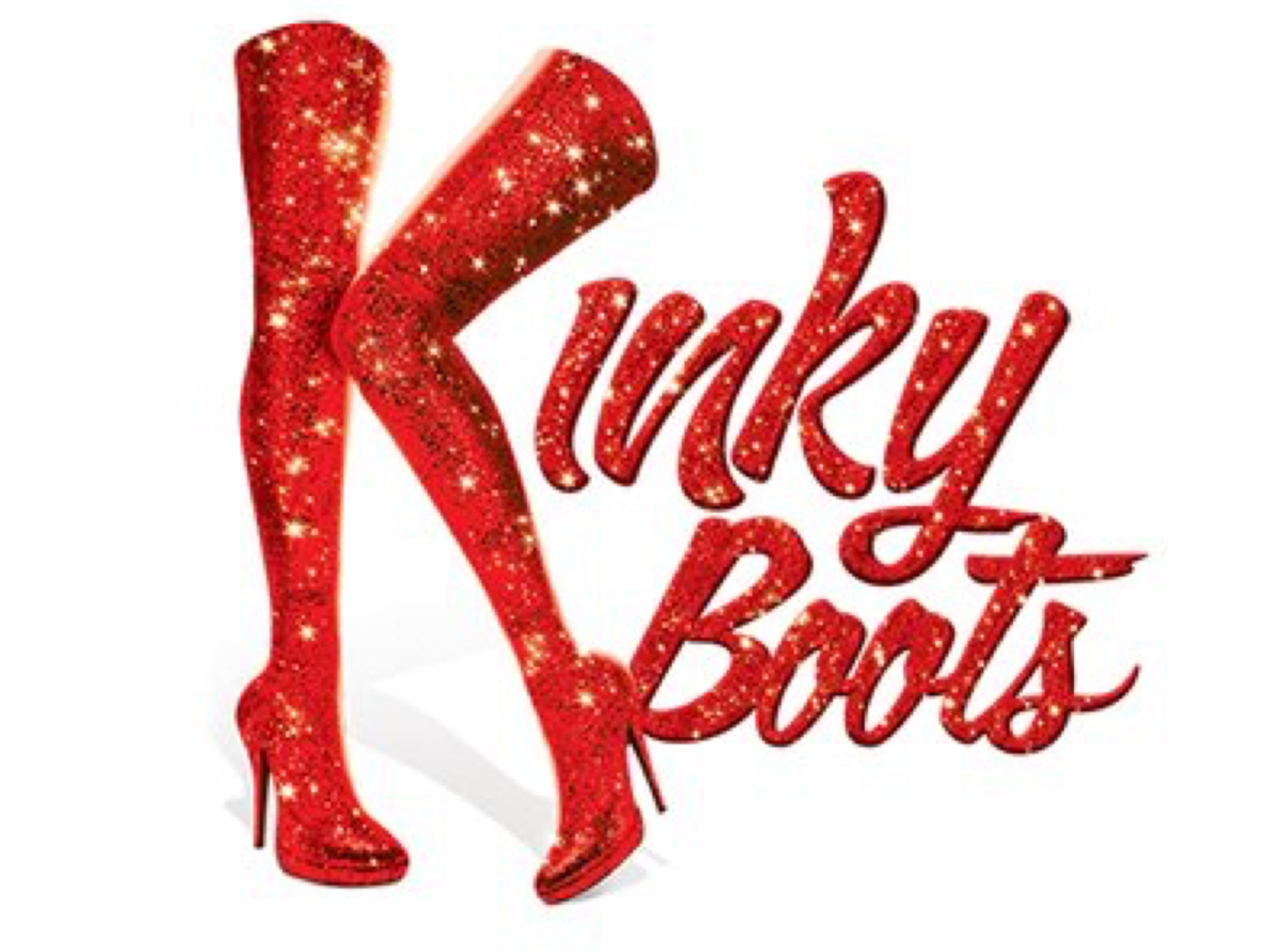 Kinky Boots is a heart-warming tale of two men battling the seeds of doubt planted by their fathers to be truly happy and accepting of themselves; the plot is heavily sentimental and covers all the emotional bases of friendships in peril, lessons in acceptance and a romantic sub-plot, but there’s enough humour and light cleverly interwoven with the central story to make this great fun to watch. It’s important to mention something glaringly apparent in this show, too; Kinky Boots excels in shining a light on those still fighting to feel an ounce of Lola’s stunning confidence, with Cindi Lauper’s lyrics providing anthems a-plenty to choose from in a time when we often look to music to understand ourselves and others. Based on the film written by Geoff Deane and Tim Firth, which in turn is based on a real story, and with book now written by Harvey Fierstein, this production has had quite a journey to the West End stage!

David Hunter plays Charlie Price, the poor soul who inherits his father’s failing shoe factory only to discover that his father had other plans, leaving Charlie to prove himself by any means necessary… Enter Lola, played by Simon-Anthony Rhoden. Although the meeting seems accidental, it appears written in the stars as the two embark on a venture which seeks to solve many problems along the bumpy road to success. The pair are joined by a strong cast of funny, zany characters who allow them to shine while also having their own moment to raise laughs and give the show such energy and life. Hunter is hugely likeable as Price; compellingly good-natured yet classically flawed in his own blindness to his weaknesses. Hunter gives Price an endearing character but provides an edge too, ensuring that Charlie doesn’t slot too comfortably into the bumbling guy with a heart of gold archetype too snugly. Most impressive of all is Hunter’s effortless, soaring voice which fills every inch of space in the room – that classic West-End sound is powerfully abundant. 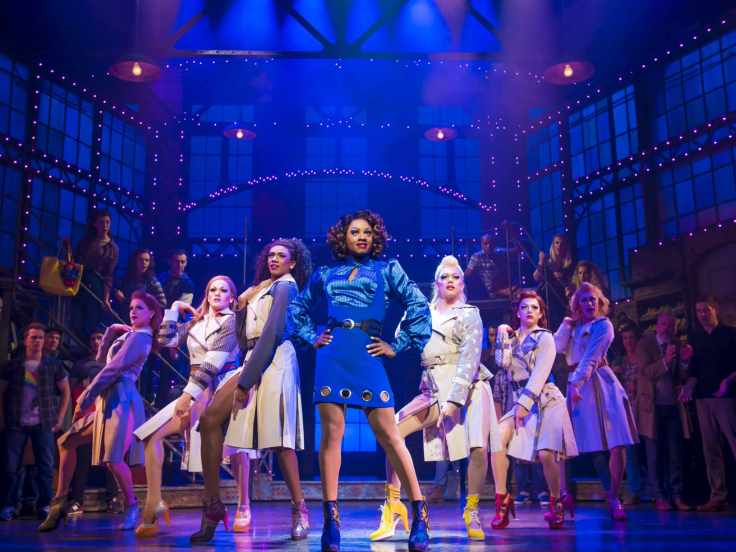 Simon-Anthony Rhoden is utterly captivating as Lola; fearless, sultry and quick-witted in ways which put any wannabe-diva to shame. It’s astounding to realise that the show has managed to cast someone with such a similarly distinctive voice to the screen original, Chiwetel Umeadi Ejiofor. Every line uttered while Lola sports heels comes from the diaphragm with plosive force, making the character, and Rhoden’s performance, magnetic. What I loved most about this show was the way a character like Lola is given such depth and Rhoden plays the emotional scenes with great heart; the altercation between Lola and Charlie has been brilliantly elevated from a tame scene in the original movie to a much more fearlessly scathing tirade which is enough to make a modern audience flinch. It’s not often that such drama is so well achieved within a musical heavily adorned with light hearted humour and posing. That combination of enviable sass and sobering emotional moments certainly makes this show something special. Directed and Choreographed by Jerry Mitchell, the production is pacy and lively, with the musical numbers of Lola and her Angels (played with great zest and talent by Jed Berry, Jemal Felix, George Grayson, Adam Lake, Jon Reynolds and Tom Scanlon) providing the life and soul to the big numbers. Perhaps predictably, the numbers performed by Lola and her angels completely steal the show – they are visually spectacular thanks to costume design by Gregg Barnes and striking Hair and make-up by Josh Marquette and Randy Houston Mercer respectively. It takes a village to produce the spectacle of the drag aspects of a show like this, and it’s clearly a talented village responsible for the glitz, glam and energy of this gaggle of bedazzling beauties. I’d perhaps like to have seen more of Lola and her Angels, as the amount of time spent in the factory created an imbalance and I think that a more equal distribution of time between the two would only serve to heighten to the uplifting, feel-good nature of the show.

Of particular note within the ensemble are Melissa Jaques as Trish and Rosie Glossop at Pat – the pair providing hilarious one-liners and the northern charm which runs deep in this story. Michael Hobbs provides a refreshing representative of an older generation as George; Fierstein’s choice to have this older gentleman be so lovably enamoured of Lola is a great one – if the show’s mission is to celebrate acceptance, then George certainly serves that mission well. Alan Mehdizadeh plays Don, whose hackles rise as soon as he realises that Lola is a ‘bloke’; his angry, at times vicious portrayal of this swaggering self-certified manliest man is fearless, allowing his transformation to be all the more credible as he is forced to abandon his prejudice in the face of Lola’s infinite goodness, her blindingly heart-warming partnership with Charlie and the rest of the factory’s adoration. At times the ‘lessons’ feel heavy handed, but the songs are perfectly positioned to rescue any heavily didactic moments. Verity Rushworth plays Lauren, the Miranda-Hart-type character who privately gushes over Charlie with comically clumsy musical numbers. The character is beautifully at odds with the high-flying, highly strung Nicola, played by Suzie McAdam and Rushworth certainly gains the laughs and has the audience completely on side as she silently wills Charlie to turn his eyes from Nicola to her.

Music and Lyrics are obviously what primarily sets this musical apart from the film version and while there’s darkness and light throughout, many of Lauper’s lyrics leap out as observant, knowing insights into the struggles of those trying to find acceptance and their place in the world. The light songs such as Land of Lola, Sex is in the Heel and What a Woman Wants, are catchy and fun, and are often gifted with wit and humour, while the more emotional songs like Not My Father’s Son are beautiful. Lauper’s choice to give the show two torch songs, Soul of a Man and Hold Me in Your Heart, allows both central characters to tug at the heart strings and both central performers to flex their vocal muscles impressively, providing one of many memorable strengths of this show. In addition, the vibrant, empowering finale of Raise You Up/Just Be, seals the fate of this show; a glitzy, layered musical, framing important and morally conscious messages vital to our times. Kinky Boots is a lively, feisty musical which delivers everything promised in the eye-catching advertising; a thoroughly entertaining show which has surprising depth welcomed with open arms by an enthralled audience. My favourite thing about this production by far is the way the story has been modernised to affect a modern audience more deeply, with Lauper’s music and lyrics making the struggles of lovable yet troubled characters like Lola accessible and relevant to us all.

Kinky Boots is playing at the Adelphi Theatre and you can get your tickets here!