Based on the classic novel of the same name by Kenneth Grahame, Julian Fellowes’ adaptation of The Wind in the Willows is an absolute joy to watch from start to finish. While the story appeals primarily to children and those who loved Grahame’s novel as children, this production is irresistibly lovable for all ages; ticking every box for a towering musical with wide appeal, it’s an instant favourite for me. The story follows the irredeemable Mr Toad, someone with an unshakeable infatuation with speed who is supported, no matter what, by a group of long-suffering yet loyal friends. Although Toad never really learns anything, Rufus Hound’s performance makes him a hit regardless and there are sweet messages about friendship in a script that is thoroughly charming, engaging and very funny.

With memorable, fun-loving music and lyrics (beautifully child-friendly in simplicity) from dream team George Stiles and Anthony Drewe, the whole production is swathed in a rich layer of vibrancy which is complimented by a few slightly darker tunes from the weasel villains (thrillingly threatening, rather than genuinely alarming I should add). Song highlights for me include Spring, The Amazing Mr Toad, Speed is of the Essence, The Wild Wooders, A Friend is Still a Friend, As if in a Dream, We’re Taking Over The Hall and The Wassailing Mice; I realise that this list is extensive, but it’s a testament to the quality of the music in this wonderful production. Add to this prominent source of delight a joyous finale of spectacle and fun, and there’s simply nothing to not love about The Wind in the Willows. 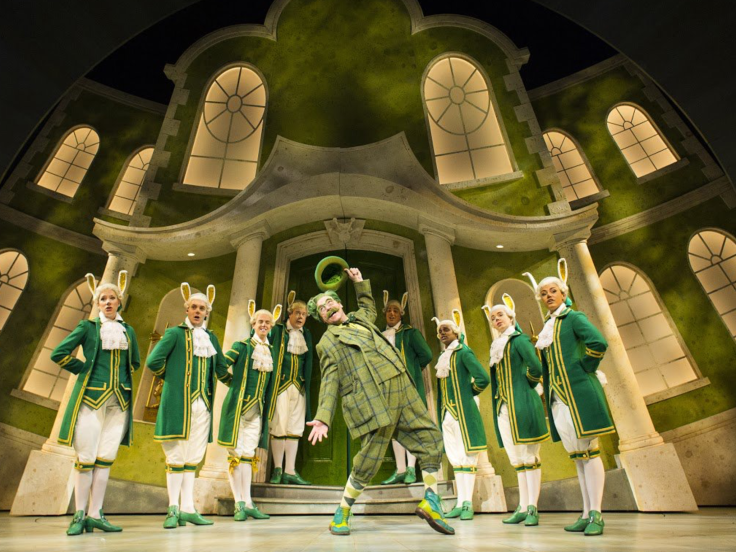 Set and costume designer Peter McKintosh clearly received the memo about creating a production full of life and vibrancy; the set ranges from pleasant simplicity out in the natural world to impressively grand, large scale visuals of the train, barge and car. The carefully crafted homes of the animals are quaint and pleasing to the eye with the playfully constructed Toad Hall being particularly impressive. Costuming is absolutely fantastic. As difficult as it is to present an entire cast of actors as animals with any credibility, McKintosh excels in capturing the defining features of the animals while hinting at each character’s defining characteristics. Of particular note is the costuming of the villainous weasels, who sport bright, tailored, pin-striped costumes to capture the villain trope through recognisable, classic gangster get-up. Likewise, choreographer Aletta Collins creates spectacle and splendour in the musical numbers while highlighting the sweet, nuanced movement of each animal.

Under the direction of Rachel Kavanaugh, this stellar cast bring the tale to life with performances that are faultless across the board. Rufus Hound’s Mr Toad must be seen to be believed; eccentric, incorrigible and prone to fits of mania, he is utterly enthralling and hilarious to watch. It’s impossible to do Hound’s performance justice here in fact – you need to experience it for yourself. Rat, played by Simon Lipkin is an easy instant favourite. His patience and exasperation with poor clueless Mole manifests itself in both heart-warming scenes and hilarious moments of sarcasm. The laughter gained from Lipkin’s performance alone makes the production impressive, but his whole performance remains one of the most endearing and memorable. Craig Mather’s hair design gives him the visual likeness of Tintin, quickly gaining a warm reception for his character and Mather wins the audience over with his portrayal of charming innocence and good intentions. Together, Lipkin and Mather present an endearing friendship to warm the hearts of audiences of any age. 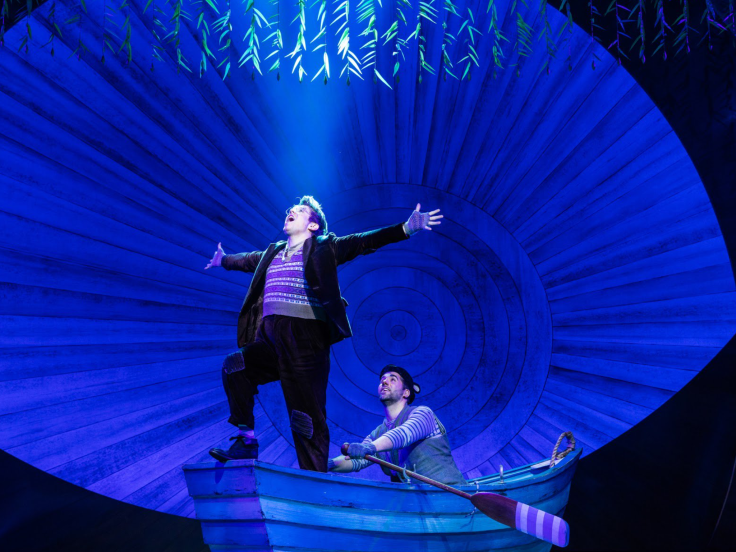 Denise Welch’s Mrs Otter provides a maternal warmth and is joined by Badger, played with gravitas by Gary Wilmot as the voice of reason and wisdom. Neil McDermott thrills and delights as the Chief Weasel; with his unique vocal delivery and physicality, he epitomises the great, mildly threatening children’s villain. Again, it’s difficult to capture how brilliant this performance is here – if you’ve only ever seen him handsomely brooding in Eastenders, you’re in for a treat, for this actor can shed a skin and don another with fantastic skill (and he has a great voice to boot). Other favourites to gift this production with performances raising big smiles and free laughter are the over-eager Head Butler (Evan James), Natalie Woods’ tap-dancing Horse and the absolutely hilarious family of hedgehogs burdened by the seeming impossibility of crossing roads. Jenna Boyd and James Gant play Mr and Mrs Hedgehog and are accompanied by two adorable members of the young cast, Harvey Loakes and Lauren Sayers, who sang their little hearts out while melting ours. The hedgehogs are played with comic tragedy and indignation; their performance of The Hedgehog’s Nightmare not only serves to highlight the genius of the lyrics, but also provides a perfect example of how a two minute slot can steal the show with the right talent planted there.

The Wind in The Willows had me grinning from ear to ear and laughing frequently; even as I write, I’m re-living the enjoyment of experiencing this show. It’s an absolute joy to watch and excels in bringing the magic of the animal world back to the stage for the enjoyment of everyone and anyone. With a phenomenal cast, lively, vibrant visuals and a fantastic sound, The Wind in the Willows truly is the whole sparkling, ribboned package. You can get your tickets here – GO!

2 thoughts on “Review: The Wind in the Willows at the London Palladium”