Beautiful, The Carole King Musical is…well, beautiful! It’s an aptly named show featuring some gorgeous vocals from a very talented cast and it’s a lovely, uplifting story of self discovery and finding your worth. With book by Douglas McGrath and direction from Marc Bruni, it’s also a glorious celebration of Carole King’s impressive music catalogue. Featuring beauties such as Take Good Care of My Baby, Will You Still Love Me Tomorrow, You’ve Got a Friend and of course, Beautiful, it’s a trip of pure nostalgia and musical joy to sit in the audience at this show. The musical numbers are extensive and easily succeed in evoking this magical period of music through the songs of both Carole King and Gerry Goffin as well as their writing rivals and friends Cynthia Weil and Barry Mann. It’s impossible to list them all, but I’d like to as the snippet I’ve given does not at all give justice to the ground covered in this show.

Beautiful follows King from early teens onwards, capturing her instantly endearing sincerity and unshakeably positive outlook before showing her transformation as life’s hard knocks force her to realise her worth and the true depth of her talent. The story is engaging and layered, allowing Cassidy Janson to tug at our heartstrings and get our toes tapping along the way and the songs are woven into the story in ways which demonstrate close attention to lyrics; refreshing when considering how lacking this attention is in many more loosely constructed modern musicals. Janson is sublime as Carole King, with a powerful set of pipes befitting any West End lead and a real gift for doing the music of King justice – she’s also a very talented pianist. Matthew Seadon-Young plays Janson’s counterpart as King’s husband and songwriting partner Gerry Goffin. I’m not sure that Goffin comes out of this show particularly well, but Seadon-Young wins us over with his powerful voice and his layered performance of the man who couldn’t bring himself to appreciate what he had when he had it. 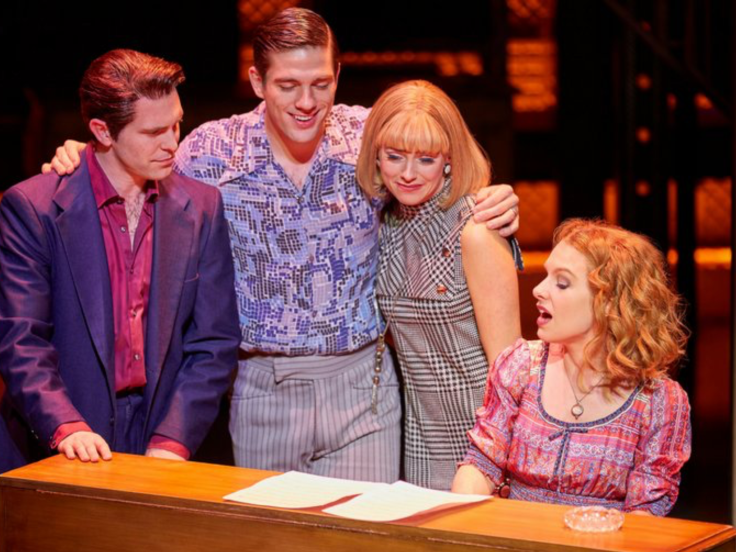 Ian McIntosh and Stephanie McKeon, playing songwriting rivals Barry Mann and Cynthia Weil respectively, provide a charm and energy all their own. McKeon delivers some fantastic comedy with his portrayal of Mann’s hypochondria and laughably pessimistic outlook while McKeon channels her best Minnie-Mouse-voice to characterise Cynthia as a thoroughly engaging character with a misleadingly gentle and gentile appearance. She has a powerful, versatile voice and some firecracker lines to compliment our enjoyment of Mann’s pathetic nature. There’s plenty of humour in this show actually, and it comes from all directions; a self-conscious young Carole acutely aware of her limitations; the comically exaggerated worries of Mann; the know-all mother, and the affectionate mockery of the music performance styles of the era. In particular, the hilarious snap shot cameos of Gavin Alex as Bill Medley, Neil Sedaka, Lou Adler Gavin Alex and Nick Matthew Gonsalves as Bobby Hatfield never failed to raise a laugh even though their vocals were pure, powerful and perfected and Barbara Drennan raises many laughs as Genie Klein, the long-suffering mother of King; a woman with a selective memory and a distinctive Brooklyn charisma. Joseph Prouse charms as producer Donnie Kirshner, with an ‘In-the-biz’ confidence and some nicely sardonic observational lines about the nature of the music industry. One thing I particularly enjoyed about this production is the way it takes the audience behind the scenes and into studios, showing the progression from songwriting to performance by some of the most notable music stars from the era, such as The Righteous Brothers, The Drifters and The Shirelles. The transitions from Carole beautifully singing the first few sections of a song to big, sparkling numbers performed by the superstars of the day are fantastically slick. Josh Prince’s choreography captures the distinctive synchronised moves of the time in ways which gently encourage laughter but also celebrates the style of the era. The Drifters, played by Ashford Campbell, Michael Duke, Jammy Kasong and Earl R Perkins provided perhaps the best recreation of a performance from the time, with choreographed shuffles, smiles, shoulder shimmies and clicks to lift spirits and raise smiles from audiences of any age. With fantastic costuming from Alene Vietti and grand scenic design from Derek McLane, the musical numbers in this show are a joy to watch. The more moving songs are stripped back to piano and King in a way which serves to remind us of the clash of the private and the personal, making King every bit our heroine as she delights with her talent while reminding us to think of her as the real person with real pain behind those showstoppers. 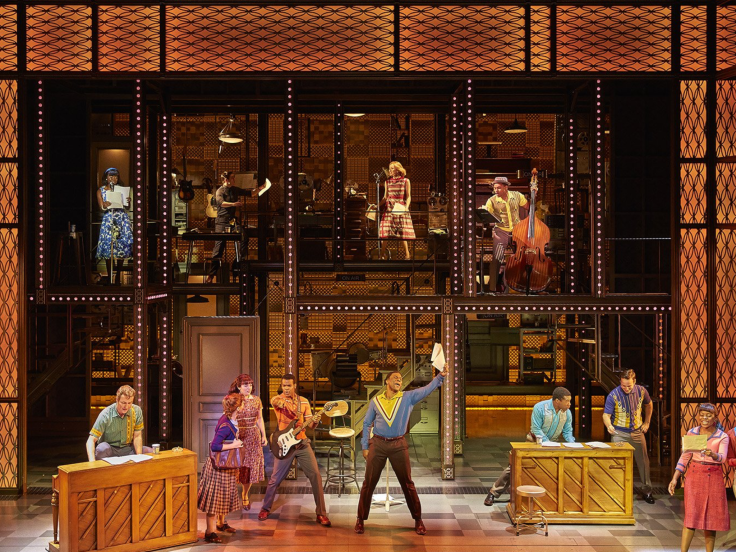 Beautiful is all about the music. With such truly brilliant material to work with, it’s difficult to imagine how it could be anything else. But with this being the case, it does at times feel that the show favours the music and the brilliant musical numbers more than the story itself, which is a shame. The narrative itself is engaging and deserving of a musical in recognition of the way King paved her own way to great success despite the hurdles, but there is an unfortunate and undeniable imbalance. The story deserves more time I think, and while the production cleverly intertwines key ballads from King’s catalogue to contribute to the storytelling more creatively, the balance could be better – most obviously, the show could perhaps have benefitted from a slightly longer running time to give audiences the best of both worlds. If you’re looking for an uplifting, dazzling West End Musical of top quality, phenomenal talent across the cast and a genuinely engaging, layered narrative along with excellently executed, nostalgic musical numbers, then Beautiful is most definitely a show for you! Beautiful’s final show in the West End is Saturday 5th of August before the UK tour commences with a newly announced cast. You can get your West End tickets here!