From Belfast to Birmingham Rachel Tucker has delighted audiences on the 12 date UK leg of her first solo tour, which went out with one hell of a belt and a cheer yesterday evening in Birmingham. Directed by Guy Retallack and joined on stage by Bassist Dan Giles, Drummer Kier Adamson and pianist and arranger (and organiser of all things On The Road), Kris Rawlinson, Rachel Tucker put on a dazzling show. Also making an appearance for some beautiful duets was Ashley Russell, who joined Tucker to take on some formidable songs, including Happy Days Are Here Again, with plenty of attitude and passion for the good old fashioned sound reserved for those capable of the classic diva finale note. A good few of the songs from Tucker’s newly released second album, On The Road, made it onto the set list, along with some other great choices. 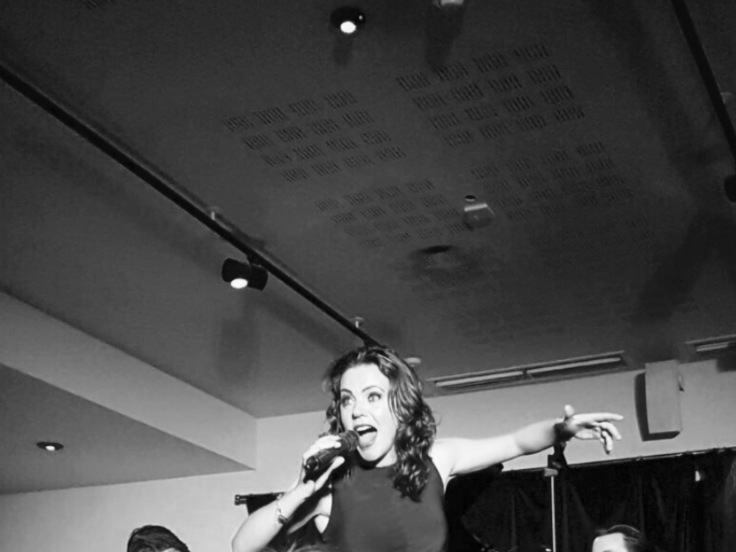 The set list was similar to that of the pre-tour Crazy Coqs shows back in March, but the tour adds a few more numbers including a hilarious homage to Tina Turner, complete with sparkly waist coat, rolled up trouser legs, the lip curl and that disctinctive dancing. Tucker was ablaze for the whole show, whether crooning heartbreaking numbers or ruling the room for high octane numbers. She was both playful and carefree as she delivered pizza, commanded an audience member to double as costumer or sat amongst the crowd to deliver songs, anecdotes and stage show snippets. There was no doubt about how much she was relishing every moment and her joy was palpable as she whipped up the crowd into one big mass of good humour and unshakeable attentiveness. Particular highlights unique to the tour were performances of the original Wicked arrangement of Defying Gravity which predictably sent the crowd into a frenzy and a show-stopping performance of the defiantly powerful If You Ever See Me Talking To A Sailor, from Sting’s Broadway show The Last Ship. The latter has us all hoping for a West End run of the musical so that we can see Tucker revive her original role of Meg – fingers are crossed across the UK it would seem… 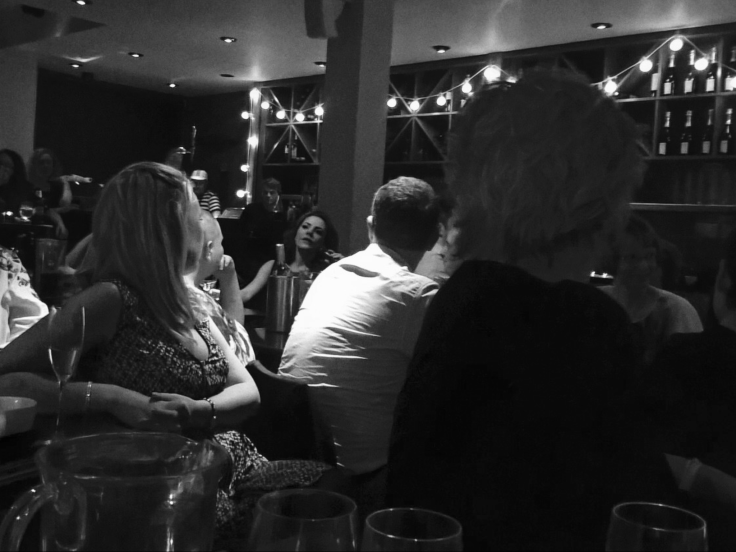 There was also a lot more comedy in this show, courtesy of both her reactions to an adorable heckler (her young son, Ben); more quirky ad-libbing within and between songs and of course some excellent comical delivery – her rendition of Climbing Uphill was a charisma-filled highlight that I wish had made it onto the album. Speaking of regrettable omissions – I’d love to have seen Tucker’s transformative version of Pearl’s A Singer to have made the cut, too – the duality of it is such fun to watch and a real treat for the ears.

As with the Zedel show, I remain in awe of the way Rachel Tucker switches from tears to laughter; it seems such a demanding thing to achieve to deliver the most emotional songs of shows without having the lead-up of the rest of the show – and yet Rachel Tucker can channel characters and lives with the toss-toss of her hair, with no additional narrative required. It’s really something special to behold and as she wipes away the tears from another gorgeously snarling, heart lacerating rendition of The Man That Got Away (a performance which makes me want to trash talk this hypothetical deserter with this character over a few glasses of vino) to begin a livelier number, she leaves no doubt in the mind that she is a stellar performer with golden versatility. 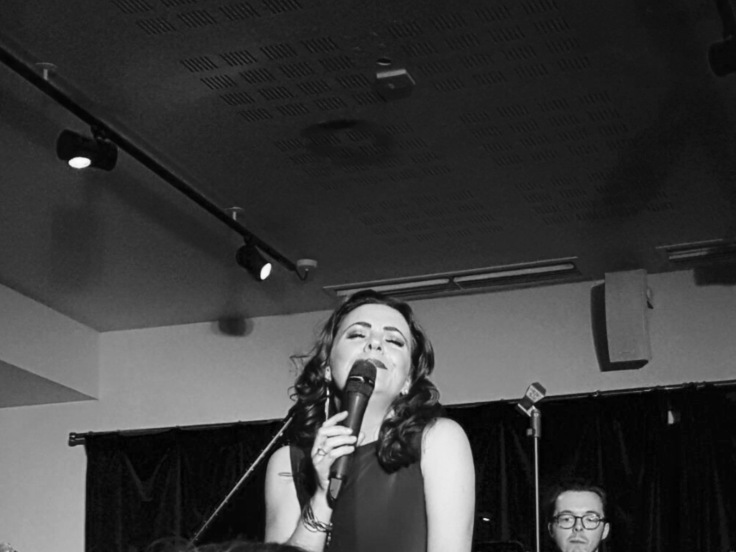 This final UK show in Birmingham felt like something of a unicorn sighting; the kind of show that you hear about with scepticism but don’t really get to experience. By going to the last show in the UK, I found myself at a performance which felt like the very pinnacle of the tour while surrounded by the buzz of enthused fans thoroughly enjoying themselves as much as Tucker herself. It felt like every note was extended just a little longer, every laugh was extricated with maximum kick and every jazzy number was executed with all the energy she was able to muster; this was Tucker at her full pelt, full speed ahead, maximum volume best. Factor in all the love and thanks directed at the wonderful team of musicians and family members, as well as pulling some fans up on stage for a joyous finale and it was quite the emotional evening to be a part of. The volume of the cheers and the applause after each and every perfected performance were deafening, while Tucker had no choice but to return to the stage for more as the crowd chanted her name – and if that’s not a sure sign of a bona fide star, I don’t know what is. 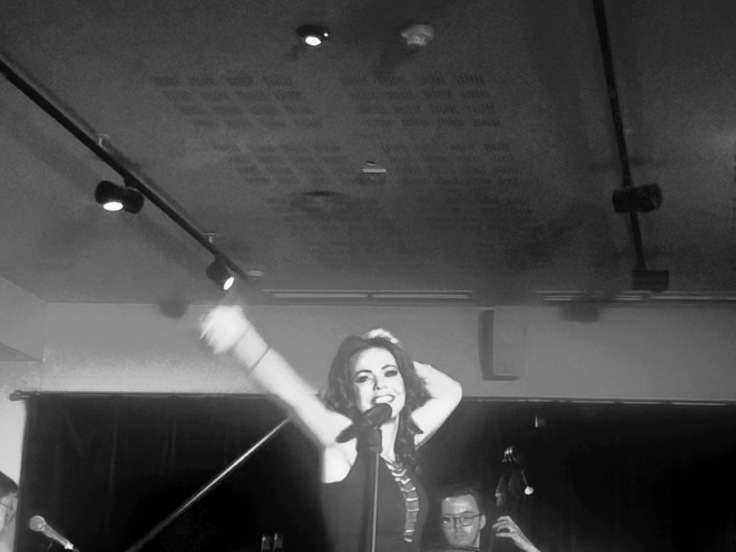 On the Road officially ends in New York in September at 54 Below and if you’re a New Yorker or fancy a trip, you can get your tickets here.

One thought on “Rachel Tucker, Live in Concert: Simply Outstanding”