This is modernisation at its best; taking a classic like Carroll’s ‘Alice’s Adventures in Wonderland’ and putting a spin on it in such a way that it captures and explores modern ideas of escapism. While Carroll’s Wonderland explores the escapism sought by children trying to navigate a grown up world they are yet to understand, this Wonderland explores the driving forces of the need for escapism for grown ups navigating a world which leaves them dissatisfied. The Alice of this production didn’t encounter the rabbit hole as a precocious child, but rather as a disillusioned adult divorcee. This Alice finds herself under the illusion that her ex husband had ‘cocooned’ her in wedded bliss, ‘protecting’ her from the world outside, and is initially conveniently blind to the realities – which appear to surround the fact that her ex had a knack for upsetting their daughter, generally being a selfish pig and alienating her friends. Yes. Very modern. Yet this Alice is not moping about in a self-indulgent stupor, she is simply lost now that she has to face the real world outside of that married bubble (a bubble burst years ago, with Alice’s unhealed wounds being once more torn open with news of his re-marriage). This Alice is not a fan of encountering the kind of brutal reality that involves loneliness, bills, responsibilities and an overwhelming sense of failure and uncertainty.

Rachael Wooding, playing Alice (Kerry Ellis shares the role as it tours), is the quintessential musical leading lady; a powerful, soaring voice capable of thrilling, pure high belts and softer, touching notes sung with sweet conviction (frequently with a tone very similar to Idina Menzel’s I thought). Wooding’s impressive musical performance owes an awful lot to the fantastic music of this production (Lyrics – Jack Murphy, Music – Frank Wildhorn). With songs like ‘Worst Day’ and ‘Wonderland’ setting the scene and style instantly and ‘This is Who I Am’ enveloping the stage like something out of the top ten, with the latter in particular being a great highlight – and a great anthem for modern audiences. But also, aside from the stellar musical performance, Wooding is a great comic and dramatic actress; she captures the insecurity behind Alice’s floods of unnecessary narrative beautifully and makes a very credible, recognisable modern mum looking to be a good mum while also juggling her own identity issues. I was surprised to discover just how well the concept of ‘Wonderland’ lends itself to the very current issues of identity crisis and the collective sense of flailing failure as people seek to collect all the markers of success. 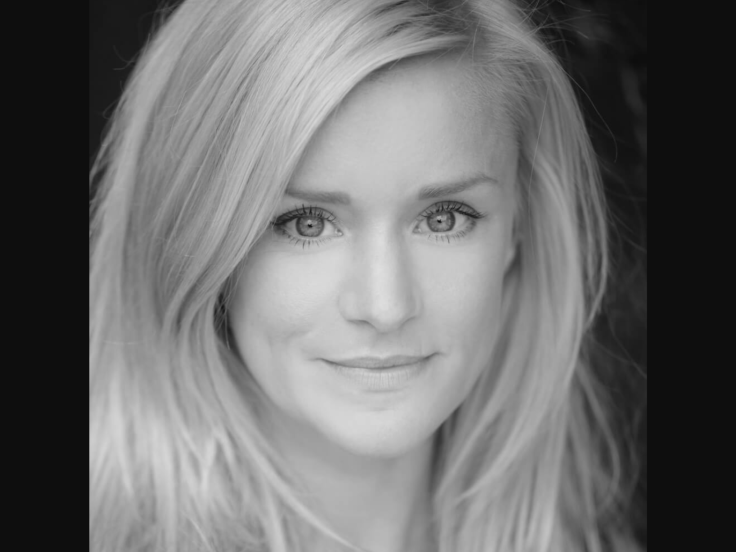 Alice has an Ab-Fab-Saffy-esque daughter, Ellie, who shoulders the weight of the realities that her mother is unable to confront fully. Ellie is played by the incredible Naomi Morris who is deeply endearing in the early scenes as she desperately tries to have Alice see the light of a future without the now long-gone ex. She transforms into her inner angsty self later on, and that transformation is gloriously hilarious; all furrowed brow, neck jerks and various exclamations of barely restrained inner rage. Morris has the enviable ability to be both vulnerable and hyperbolically and comically petulant in a single moment – I thought she was absolutely fantastic.

Into this mix arrives a mild-mannered, cripplingly shy neighbour with an untold infatuation with Alice. Jack, played by Stephen Webb also transforms into an altogether different version of himself, to wonderful comic effect. In stark contrast to his ‘reality’ self, the audience is gifted a truly brilliant replica of 90s boy band schmatlz, complete with gooey lyrics, chest bumps and air clutches – utterly brilliant! His attempts to speak to Alice, who is oblivious, also provide some great comic moments early on.

Amidst the tensions in the real world, the White Rabbit (played by Dave Willetts) makes his appearance. He leads the trio down the rabbit hole into a world of topsy turvy logic and a swirling, colourful mass of wonderful Wonderland inhabitants. Willetts’ take on this iconic role is a gentle one; the rabbit in this production takes a fatherly role towards Alice and although he has his funny moments, he is primarily a lovable father figure, who carefully explains that the residents of Wonderland were all once residents of reality, but they sought to remain in Wonderland, away from the strains of lives in the real world, even through gruesome means…

This production paints interesting pictures of Carroll’s original Wonderland characters. The Caterpillar (Kaye Ushe) is suddenly a saucy, growling figure with Salsa hips and an entourage of bedroom-eyed females playing his many legs. The Cheshire Cat (Dominic Owen) is now a wacky, cockney accented fool who plays the trickster with manic glee. The March Hare (Ben Kerr) carries recognisable features of the original, but Kerr’s exaggerations and comic timing do heighten the impact of the role in this production. Wendi Peters plays a very shrill, demanding but ultimately insecure Queen of Hearts with a penchant for jam tarts – Peters owns the role with great grandeur, and parades about in her brilliant costume (Grace Smart) like someone well in the knowledge that they were wearing the very best piece from the wardrobe department- very befitting for such a self indulgent character! In this version of the Wonderland gang, The Mad Hatter is a loopy female (Michelle Pentecost) with some rocky songs and a great set of pipes… and the hots for The March Hare. There’s an interesting twist surrounding the Hatter which seeks to explore how we encounter and handle power, and our perceptions of those who pull the strings – but I won’t go into it too much. It’s certainly a fresh take on a well-known collection of characters.

The ensemble is thoroughly fantastic in this production, which features plenty of striking, stylised choreography (Lucie Pankhurst) as a backdrop to the action, meaning that the ensemble is almost a constant on the stage. They’re a vibrant, energetic force and not only do they also multi-role constantly, they are consistently nothing short of a well-oiled, marvellously mad machine. Divine Cresswell is particularly memorable as a brilliant Dormouse (who used to be a lawyer in the real world, apparently) and Benjamin McMillan and Benjamin Yates, playing Tweedle Dum and Tweedle Dee respectively, had some lovely playful moments with their unified physicality. The entire ensemble are a wave of energy thrashing across the stage throughout. It struck me as being one of the most West End-ian touring productions that I’ve seen; the shine from being a big hit London musical was still well and truly intact, whereas sometimes I think big musicals can feel restricted on regional stages and can easily lose some of the polish.

A constant challenge for stagings of ‘Alice’ productions is the rabbit hole and in this production, it was brilliantly brought to fruition by Andrew Riley, who worked wonders with patterns and perspective to manipulate a sense of depth – very cleverly done indeed. The successes of this production are vast, yet it must be said that some of the later scenes tip the scale of sentimentality to heavy-handed…but hey, it’s a musical, so definitions of both sentimentality and heavy-handedness differ hugely depending on your individual taste- the sentimentality certainly doesn’t put a dent in the lasting impressions of the piece! I think this adaptation, which takes generous, judicious liberties, is a great benchmark for future aspiring adaptors. If you are to take something as well known and as genius as ‘Alice’s Adventures in Wonderland’, be sure to add a generous helping of originality and enough fresh resonance to make fresh audiences sit up straight and love Wonderland from a whole new perspective. So many productions attempt to replicate when they ‘adapt’, making many of them fall flat – either secure a titanic budget to really get to grips with the original or accept that to really make an impression with a production of something this high profile, taking an approach like ‘Wonderland’ has is wise. This is a joyous, gleefully energetic production which boasts a great cast, great music and a great, modernised take on a truly great classic. I whole-heartedly recommend it for both long time fans of Carroll’s story, and for newbies – you can get tickets for a tour stop near you here.

One thought on “Review: Wonderland (Tour)”