The reputation and history of this show are well documented, so I won’t repeat too much of it here, but suffice to say that this is a musical in a class of its own. Set in the not-so-dreamy side of dreamy New York at the height of the AIDS epidemic, this story packs more political and emotional punches than most. It explores a range of social issues with both intellectual and emotional intelligence – the writing boasts striking universality and the narrative threads are moving beyond all expectations.

Although of its time, it is also undeniably relevant today; a siren call for the betterment of society as a whole despite the multitudinous elements which divide us all. Under the direction of Bruce Guthrie, this production marking the 20th Anniversary is truly unmissable with its eclectic music, towering talents of a truly great cast and a gripping exploration the human heart in all its flawed glory.

While the script and music are both significant triumphs, this production has at its disposal one of the strongest casts I’ve seen. The music is possibly the most eclectic mix that I’ve seen in a good while, skilfully guiding the audience into the appropriate emotional contortion at any given point. The first half does feel a little on the long side but there’s a whirlwind of energy from the cast to keep things moving along nicely.

Billy Cullum is nothing if not sparky in the role of Mark, offering lively commentary to the action – he creates a buzz which underscores every narrative shift beautifully. Ross Hunter has a brilliant voice which is every bit the marker of a West End star- spine tinglingly good. Shanay Holmes plays Joanne as somewhat of an authoritative mother hen with a beautifully rich and full voice while Lucie Jones makes a perfect partner – chaotic and unapologetically outrageous. Jones is a bona fide powerhouse in the role of Maureen.

Jenny O’Leary is deserving of mention here too- she carries one of the strongest voices despite not being a central role and she’s definitely one I’ll be watching out for in the future. Likewise, O’Gorman showcases some impressive power, and has a beautifully deep, striking tone. O’Gorman’s duet with Layton Williams for ‘I’ll Cover You’ was a definite highlight – along with Jones and Holmes’ show-stoppingly defiant ‘Take Me or Leave Me’ and the heartbreaking ‘Goodbye, Love’. 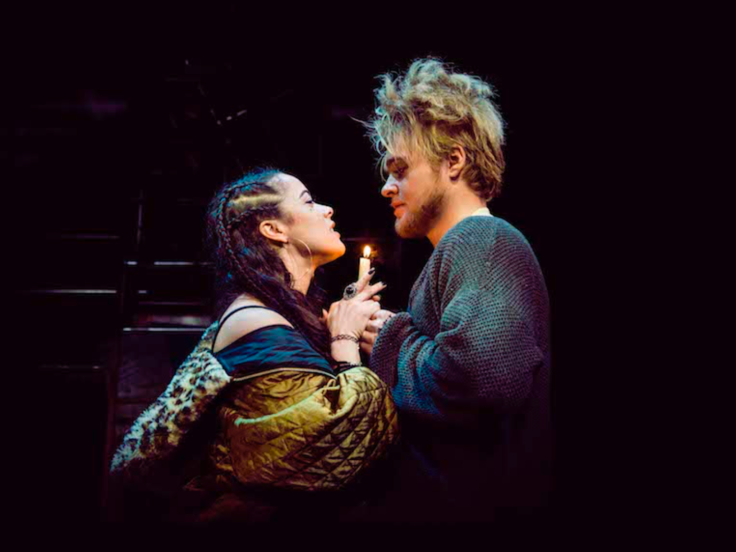 Now to comment on the blinding performance of Philippa Stefani. The role of Mimi is surely a gift of a challenge for any actress; the fiery scenes of the first half contrasting so glaringly with the second paves the way for a great actress to really shine and Stefani meets the challenge head-on. Not since seeing Cynthia Erivo’s performance in The Color Purple has my heart been so artfully broken in a theatre. Stefani apparently held nothing back, and it was visceral, beautiful and quite frankly well deserving of a plethora of awards for this role. I can hand-on-heart say that she takes the title for the best dramatic performance that I have ever seen on stage – truly outstanding.

Jonathan Larson was clearly a man attuned to the subtleties and daggers of the human condition. His creation of Angel is one of the most affecting things about the show as a whole, and Layton Williams was a perfect casting choice. Playful, seductive and vivacious – skilfully stopping just short of the drag queen stock character and giving depth to the lacquered exterior. The fate of Angel is a gut punch executed with skilled knowledge of what it is that breaks a human heart. There’s an awful lot of life and laughter in this show, with plenty of musical theatre gemstones attached, but it was the inescapably emotional aspects which left me reeling. Put it this way: if it gets to the point where you can’t feel single tears anymore because your face has become a river, and you’re not even wiping them away anymore while also facing the very real danger of an audible heave, you’ve got yourself a thunderously powerful show. So if you’re someone who only sees a handful of shows in a year, make this one of them. It’s truly something special.

You can get your tickets here! 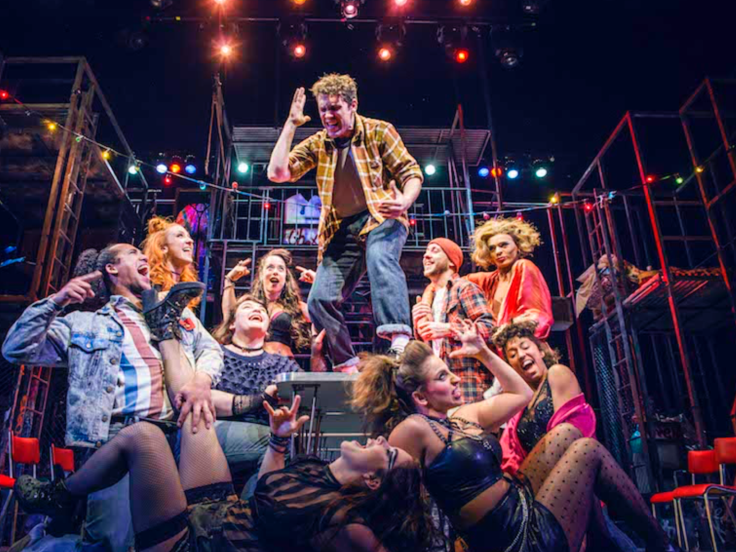 5 thoughts on “Review: RENT at the St James’ Theatre, London”