This production of Roald Dahl’s ‘The Witches’ packs lots of laughs, plenty of energy and a dash of thrilling threat; it’s a fast-paced piece featuring elements of farce, musical theatre and panto.

The audience is very swiftly made aware of the fact that this is not a watered down rendition of Dahl’s characteristic dark undertones; the opening musical number made me laugh out loud as it declared that this was to be an authentic Roald Dahl tale and as such, the audience should beware those around them. It is an opening which borders on the unhinged as the song morphs from a sweet, unassuming ditty into a chaotic melody dotted with manic cackles. It certainly makes an impression and this mild threat runs throughout, but don’t be put off- it’s still tame enough to keep parents of youngsters happy. And for those scared by the movie as a child, allow me to re-assure you: the witches in this production are far more funny than fearsome!

Musical numbers punctuate the plot well and were a complete but joyous surprise- the songs were lively, well written and often very funny. There were also elements of panto (a nice nod to the season and not yet incongruous in early January) applied, with audience interaction required at various points. Festive bunting and colourful Broadway- style lights (additional residuals of the Christmas season I presume) hang about the stage and above the audience, creating a pleasant, intimate tone. The set is simple but effective, making good use of a platform atop the ‘treehouse’ throughout and although most props are simple, a few more complex designs provide some magical moments of trickery (mice flying and witches disappearing into broth being the most memorable- but I shan’t give too much away). Perhaps most importantly, with the help of smoke, mirrors and the occasional flash-bang, all of Dahl’s imaginative transformations are there; after all, how successful could a rendition of ‘The Witches’ be without believable transformations into mice and the like? And on that note, the highly anticipated scenes featuring the witches at the all-important meeting does not disappoint.

Jenna Augen proves to be that special brand of actress capable of playing an old, wise character with total credibility. There’s no need for the token grey wig and stick as she embodies old Grandma in voice, posture and just enough outrageous honesty to allow her young natural appearance to be masked by the magic of great acting (with a little help from costuming). Fox Jackson Keen is likewise a very believable young boy…despite being as tall as his grandma. He plays the role with classic innocent naivity and was clearly very quickly loved by the young audience. His gymnastic capabilities are perfectly suited for the transformation into a mouse and along with the rest of the cast, his contributions to the musical numbers are wonderful. Bruno, played by Jonny Weldon makes a wonderful counterpart and the comedy created by the two was palpably a firm favourite with the excitable little ones around me. Weldon also provides plenty of comedy in his shameless gluttony, physical gags and somewhat adolescent petulance (possibly played as significantly older than Dahl’s original considering the prominence of his cheek and surlishness pre-mouse). 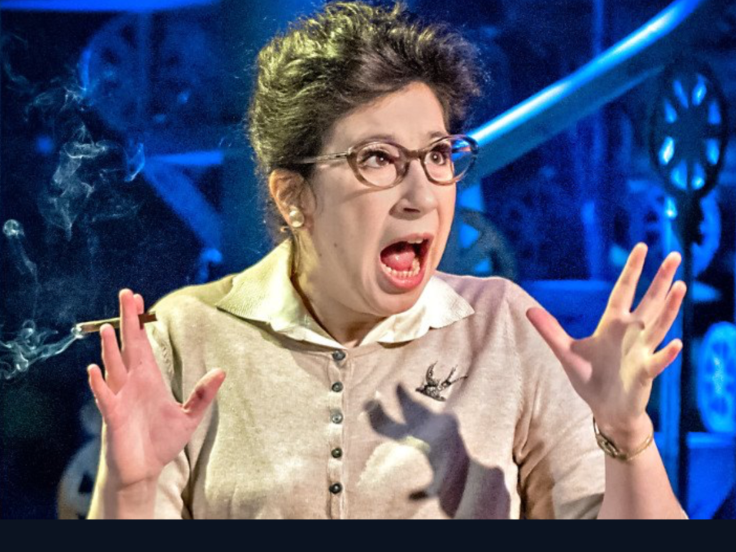 Sarah Ingram is a mildly vicious Grand High Witch with a powerful death stare and perfectly timed comical ticks. She achieves giggles and tense silence by turns and despite a few jarring losses of the famous vitch’s accent, she makes a splendid villain. Perhaps Ingram’s most impressive gift to this production though, is her beautiful, rafter-ringing vocals which had great impact in both the fun and fearsome songs.
A real stand out in this production is Harveen Mann, an accomplished multi-roler who gives every role, however brief, an impressive layer of energy – to the point where it feels like she is spotlit without the light. Nicola Hawkins is most notable for her powerful operatic voice but she also gains admiration for her depictions of witches and waiters. Finally, Bobby Delaney is a source of many laughs while portraying a range of roles, both female and male. Regardless of the almost guaranteed laughs of a man in a dress in a kids’ show, his dead-pan commentary and affected dramatics are a hit, complimented by his musical abilities. With only a few minor dips in momentum, this is ultimately a great kids’ show which is as entertaining for the chaperones as it it for the kids. It’s an energetic piece of theatre featuring colourful costumes, trickery to stun the imaginations of little ones and a well selected running time of 1hr 20 (including a 15 minute interval). The show benefits heavily from a cleverly combined cast who are accomplished in musical skills, gymnastics and multi-roling in various combinations. Add to those ingredients some great comic acting and the successful bringing to life of some of Roald Dahl’s most beloved and feared characters, and you have a show well worth seeing by all the family.

You can catch ‘The Witches’ at West Yorkshire Playhouse until the 21st January.

Note: a version of this review was first published by GingerWigandStrollingMan.com.

One thought on “The Witches: Daringly Dahl With Lots of Laughs”